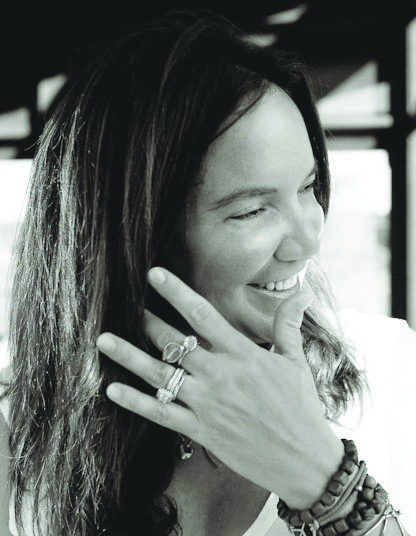 I am here to tell you I survived, but just barely, one of America’s most treasured innovations; the good old-fashioned yard sale.

Some folks may argue that a yard (or attic or garage) sale is simply a way to dump unwanted crap for chump change and call it a day.

True, but let’s be honest here, because whatever you decide to call a private transaction of gently used goods from one fine citizen to another, the sale is not really a sale at all; it’s a blood sport.

Why would I openly invite hostility into my otherwise serene surroundings, anyway, you may be wondering right about now? Well, the reason is two-fold. One, Charlie wanted to put our old side-by-side fridge and the washer and dryer on Craigslist so he could park in the garage. I hear Craigslist, and people, I think of, and quite reasonably at that, MURDER. I dare you, Google it. It’s frightening. However, my husband argues that giving your address out in the paper isn’t any different. But if you like to gamble, and I really do but not with my life, your local paper with an audience of 13,000 is less likely to catch the eye of a serial killer than sending it out there to the entire 7 billion who roam the earth.

The second reason is my Aunt Pam. She is my relative who can slug down her morning Metamucil, enjoy a good 2-hour discourse on bowel functioning, while draining two pots of coffee before noon when she finally decides to get dressed. She is a hoot and a half, and as I’ve describe her in the past, sweeter than molasses but tougher than a $2 steak in the scratch and dent bin at the Piggly Wiggly. I just adore her.

Any-hoo, she loves herself a good yard sale, I mean LOVES it. As she puts it, “It’s the most exciting, legal thing you can do.”

And I know this because I have seen her in action at my grandmother’s estate sale in Athens all those years ago right after she passed:

“Norma would have wanted me to have those art deco dishes,” the not-so-friendly neighbor lady told Pam.

When two ladies grabbed grandma’s black, cordless telephone at the same time and commenced to wrestle, Aunt Pam walked up to the dynamic duo all the while yelling, “Hold the phone! Hold the phone!” (Get it, hold the phone? Gosh, I love puns, especially when they are unintentional.)

“Ladies, look. You can stroll on down to the Wal-Mart and get one for $19.99. I know because I bought it there for mama. Now, I don’t think losing a limb nor life is worth a cheap old piece of plastic and wires. Figure it out and don’t forget to pay the lady at the door.”

Now granted this was an estate sale, which as Aunt Pan explains, “is the catnip these people live for.”

So, therefore, I can only assume a little yard sale is akin to the “dingle-berries” she has to snip off with scissors when she grooms her beloved kitty, Busy.

Charlie wholeheartedly agrees. The last yard sale he helped with was after our Columbia move in 2001.

He still can’t talk about it.

So Pam said she’d step up and down she came from Raleigh.

Now, before we could even talk about pricing, she held a back porch bourbon and Coke meeting, where we discussed ‘the ten rules to a successful yard sale’:

2. Holding is for infants. If you hold an item, you gotta give me ten.

4. If something is heavy, this girl is not heftin’ the other end outta here. Best go back and get a buddy.

5. Hold your pricing notebook close to the vest. I have known people to walk around and stare over your shoulder.

6. Never accept a “bundle.” I never bundle anything unless I know the show’s a 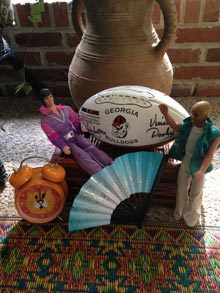 lmost over, or you are too cute for words.

7. If someone insults your stuff and tells you it’s not worth anything, then you explain to them that it just came out of your house. “Would I insult your stuff? I don’t think so.”

8. Again, if someone is rude, you ask them to hit the street.

9. Always have a lot of change with you and lock all the doors to the house. People will try and find their way in. Trust me.

Charlie had already said he’d be a no-show, but he did put in his two-cents on rule #9 and asked Pam not to store “the change” in her bra seeing as it was 110 degrees outside and all that. See, he knows too well that’s how Pam gets away with not paying for dinner.

“I’ll throw in a twenty,” she’ll tell him, tucking into her shirt.

She stuffs it back in.

But to make a short story long, I guess right about now, y’all are wondering how the yard sale went.
Well, it was actually a pretty big bust. After paying for the ad, we walked away with $51.50 and 95% of our stuff still lying around where we left it. We did donate it all to the Boys and Girls Club thrift shop, and it ends up our stuff will help out in some small way.

But I will tell you one thing; it was a lot of fun hanging out watching my aunt in her element.

If we’d never had the sale, I never would have been privileged to watch the showdown Aunt Pam and an (insert Pam’s air quotes) antique dealer had while they haggled for 35 minutes over a circa 1997 leather jacket I think Charlie picked up at an airport:

“It’s not my first rodeo,” she says back.

That, my friends, is why family, not stuff, is worth its weight in gold.

Laura Packard recently moved to Beaufort from Saint Simons Island, GA where she still pens a humor column for Coastal Illustrated/Brunswick News. She has brought along her 2 daughters, 3 dogs, 4 cats and one husband. They sometimes let her write. You can learn more about Laura and her writing at www.lauraleighpackard.com. And don’t forget, if you can’t make fun of yourself, someone else will surely do it for you. For Laura, someone else is usually her kids…and her dog, Atlas who she swears is John Candy reincarnate, but that’s a whole ‘nother story. 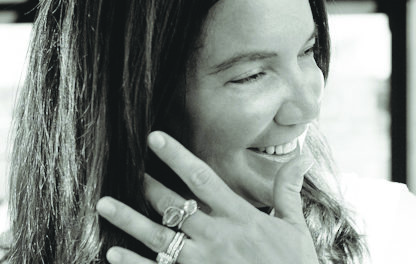