I don’t know how to start this piece. I’m hoping to share some wisdom I recently picked up, but it’s almost too fresh. I haven’t had time to mull it over properly. Or test it for accuracy. I’m not even sure I can put it into words. But, hey – that never stopped me before. So here goes . . .

I’m keying this in on Saturday, Nov. 3rd. The publication hits the street on Wednesday, Nov. 7th. In between those dates, a presidential election will have come and, presumably, gone. Its passage, I presume, will have been uneventful – no bloodshed, no loss of life or limb. That’s something we Americans can still be proud of – the peaceful transfer (or non-transfer) of power we engage in every four years.

But that peaceful conclusion – assuming it was peaceful – has come after a long, brutal campaign season that did a great deal of damage. The damage isn’t physical, of course, though I’d almost prefer that it were. It’s easy enough to recover from cuts, bruises and broken bones. Psychic wounds can be harder to heal. Those cruel blows to the spirit that come out of nowhere? The pain can linger indefinitely.

I can’t remember an election cycle this ugly, and I’ve seen a lot of election cycles. In casting around for someone – or something – to blame, I keep coming back to the same culprit: social media. Four years ago, I wasn’t on Facebook. Some people were, but not the majority of us. And Twitter? Had we even heard of it? I remember reading lots of blogs during the last election cycle. And those blogs could get pretty nasty. But, for the most part, you didn’t know the people posting there. They were just funny-looking icons with weird names and, while they could certainly rile you up, they were basically strangers, so their opinions had little lasting impact.

Fast-forward four years. Facebook is ubiquitous. It’s the great collective water cooler. No, beyond that – it’s the new public square. And that should be a good thing, right? Since most of us don’t have access to a real public square anymore, we’re lucky to have this virtual gathering place. A place where folks can meet and greet, exchange jokes and pleasantries, share news and views, even mount the occasional soapbox. What a gift! Right?

Well, here’s the problem: Somewhere along the line, people on Facebook started acting like people on blogs. FB friends started treating each other like anonymous, two-dimensional avatars instead of . . . well, friends. During this election season in particular, the animosity on Facebook – that place where we call each other “friend” – has been shocking. A pal of mine has dubbed it In-Your-Face Book.

Oh, it’s not everybody. It’s far from everybody. And the hostility’s not always overt, either. Facebook hostility tends to be passive-aggressive. People don’t come out and insult you directly. They insult your party or your candidate or your world view . . . the values you hold dear or your religious beliefs. It’s a vicarious insult – not directed at anybody specific – which makes the insulter feel innocent of any wrongdoing, I suppose. To the insultee, it still hurts like hell. He knows who he is. (Or, in this case, she.) Feeling attacked, the insultee is emboldened to attack back – it’s self defense, right?! – and often a skirmish ensues, with “friends” of both “friends” rallying to their respective sides as the hostility escalates to levels unheard of (among friends, anyway) outside of cyberspace.

Yes, it’s only in cyberspace that this dynamic can thrive. Only in a virtual place do human beings feel comfortable treating each other like virtual human beings.

But I don’t need to diagnose this disease any further. You’ve been there. You know. What you might not know is that there’s a treatment. I’ve discovered an antidote!

For serious sufferers of Virtual-itis, it is not enough merely to cut back on time spent in the offending virtual place, gradually refocusing one’s attention on daily life in the real world. No, the serious sufferer needs to completely recalibrate her sense of time, space and appropriate human behavior. Full recovery may be slow, but a few days in a very placey place can kick start that recovery. It’s like reality rehab for the virtually impaired.

I availed myself of just such a rehab experience last weekend, when I drove myself up into the Tennessee mountains for my college reunion. I’ve written here before about Sewanee, my alma mater, so I’ll spare you another gushy paean. For our purposes, let’s just stipulate that it’s an exceptionally placey place. When searching for your very own placey place – the one that will ease your Virtual-itis – I recommend looking for the following hallmarks:

• Well-established seasons and cycles, complete with radical changes in weather, occasional fog, and glorious sunsets. (Contrast this with Facebook, where it never gets foggy and doesn’t even get dark unless you shut down your computer.)

• A wide range of vivid colors found in nature (as opposed to those found in the garish ads running down the right side of your FB page).

• A long, interesting history – both in general and with you. (Despite the warm, fuzzy illusion Timeline is trying to cultivate, Facebook has a “long history” with exactly nobody.)

• People who know you – and have known you – beyond your rosy self-portrait on Facebook. Folks who haven’t just seen the old photos of you with stupid hair, high-waisted jeans and too much blue eyeshadow . . . but who actually knew you like that. It’s humbling. Getting real (and un-virtual) means getting humble. Among other things.

When you go to your placey place, spend as much time as possible with these humbling, real, un-virtual friends. Remember old times, share new stories, mourn friends who’ve been lost along the way. Visit your favorite old haunts, note how they’ve changed, and how they haven’t. Pop your head into the chapel and hear the organist practicing for Sunday services. Walk together in the autumn woods and take in the view from a cliff. Drink coffee together in the kitchen and wine together on the porch. Laugh a lot, cry a lot . . . don’t pretend to be somebody you aren’t. Revel in the real. Forget the virtual. Leave your computer at home and your smart phone in your purse. (In case of emergency.)

If you must talk politics, choose your words with care. Remember these are real people, and you love them. Try a little tenderness; don’t be cruel.

Your Virtual-itis will begin to fade as you immerse yourself in this placey place with these friendly friends. But it’s just a treatment, not a cure. The only cure for Virtual-itis, I think, is to stay away from social media entirely. If you’re strong enough to do it, more power to you. I have already returned, myself – as I knew I would – and it was as rude an awakening as you can imagine. (Reentering at the climax of the election was probably a bad idea, in retrospect.)

Still, I am now determined to control my Virtual-itis. I doubt I’ll ever cure it – I’m too weak to go cold turkey – but like others who manage chronic diseases, I just may learn to live with it. 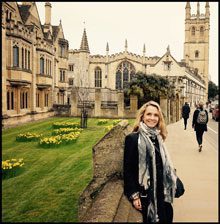 Adventures of an Internet Dilettante