Where the Wild Things Are

I think I’ve mentioned our cat door, haven’t I? There’s no more certain indicator that spring is sprung than the sudden annual influx of critters – the undomesticated kind – through the small, humble flap that separates our kitchen from our backyard.

Don’t worry – we don’t have raccoons wandering in, confusing our house with that hollow tree by the shed. What we have is a feline family member, an orange tabby named Arthur, who fancies himself a knight of the realm – what do you expect with a name like Arthur? – and delights in laying the spoils of his backyard adventures at his lady’s feet. The fact that his lady invariably starts screaming bloody murder, running around the kitchen waving a broom, and shooing his latest conquest back out the door – along with Sir Arthur himself – has yet to deter him in his valiant quest to capture every mole, chipmunk, butterfly, baby bird and legless lizard in the kingdom, then bear them into the castle. In his mouth. Alive.

It’s enough to make a lady long for a moat.

But enough with the medieval metaphors. We do not live in a castle or a kingdom. Nothing quite so civilized. Like many of you, we live in a fecund, frisky, semi-settled Lowcountry neighborhood where everything’s currently buzzing and blooming and feeling a little bit wilder than usual. And though I joke about it – and do, in fact, keep the broom nearby – I love every bit of it. Even the legless lizards.

(They’re not snakes. I swear.)

The gray, moss-bearded, skeletal stick figures that flanked our back deck all winter have morphed into full-blown, green-glorious trees again, and it happened magically, almost overnight. A few weeks ago, I had convinced myself they were dead. Even told my husband, “I think these stick-figure trees are dead.” Leafing out like crazy now, they will soon be covered in what I believe to be mulberries. Or boysenberries. Some kind of berries. I think I might venture to eat a few this year. I’m feeling daring.

If I’m lucky, wrens’ nests will soon appear in my window boxes and hanging plants – then tiny white eggs, then lovely beaky babies – and a banana spider will spin her delicate dwelling between two azaleas, where she’ll grow fat and happy under my watchful eye. We will name her Spike – we always do – and my husband and daughter will shudder at the sight of her, while I marvel at her every cunning move and her dew-dropped web that sparkles in the early morning sun. Such intricate artistry. . . so fabulously functional . . . so perilous if you’re a fly. Spike’s a survivor. She does what she has to do.

A committee of vultures inhabits a field not far from our house, and they seem to be experiencing a renaissance of activity. Maybe spring is their busy season? I often see them circling over the marsh in the mornings, then later spot them picnicking in various ditches and on roadsides. Sometimes I catch them holding a meeting – some kind of revival, maybe? – in an ancient live oak near the field where they live. They are formidable, this congregation of dark, hunching creatures, and they once frightened me. Now they just fascinate me.

The little brown rabbit I hadn’t seen since last summer – the one I looked for desperately, every single day, until I finally gave up – reappeared on the Cypress Wetlands Trail last week, in his same old spot. He looked at me with decided nonchalance. “Oh, hey,” I could almost hear him saying. “Where ya been?” The next morning, I saw two alligators croaking growly love songs back and forth across the swamp, and prayed for the snowy egrets nesting nearby, while diamondback terrapin punctuated the smooth greening water and unseen frogs lent their voices to the madrigal of birdsong.

We live among the wild things, y’all. Isn’t it grand?

My book club just finished reading H is for Hawk, Helen MacDonald’s award-winning memoir of her grieving process following her father’s death – which entailed the raising and training of a young goshawk. MacDonald was already a seasoned falconer at the time, and unless you are, too, this is probably not something you should try at home. But you should read the book – and not just for its sumptuous prose, which gave me a mean case of writer’s envy – but because the story is compelling and truthful in its final analysis. MacDonald shows us that regular immersion in the natural world – and in our own wildness – is not just life-affirming and healing, but actually essential to living happily in the “civilized” world of humans.

(I put “civilized” in quotation marks for a reason. If you can’t figure it out, just turn on the news. Or visit Facebook.)

I kind of always knew this – or suspected it, anyway – but I only came to bone-deep, experiential certainty in middle age. I wasn’t raised a Nature Girl. As I wrote here a couple of years ago:

“I didn’t grow up going camping, didn’t fish or hike or climb mountains. Though the Alabama town of my childhood had a river running through it, I was a suburban girl. My friends and I spent plenty of time outside, but we were mainly riding bikes from house to house, playing kick-the-can in the street after supper, lying on trampolines telling ghost stories . . . that kind of thing. I started a neighborhood detective agency once, had a short-lived school for pets, and produced a few outdoor talent shows . . . but none of those youthful ventures required much nature knowledge.Of course, nature was always there – above, below, and around it all. So much so, in fact, that I hardly noticed it. The evening symphony of crickets and cicadas, the spark of lightning bugs against deepening dusk, the weeping willow outside my window, the crunch of russet leaves beneath my loafers . . . they were all just part of my life’s stage, the background music I mostly took for granted.”

Yep, that was me. Just your typical American girl, taking nature – and pretty much everything else – for granted. And now I sometimes feel like I’m making up for lost time – in so many departments, but especially this one – and maybe that’s typical, too, for an American woman of my age . . . a woman who’s been given so much, had it so easy, been offered so many choices and distractions, lived such a “civilized” life.

In a world where too many aspects of existence are now virtual – where I sometimes feel my very identity has been reduced to an avatar on a screen – the wild things are real. And when I’m with the wild things, in the wild places, I remember that I’m real, too. And real is the best thing you can be.

Don’t wait ‘til you’re my age to grasp this simple, profound truth. Now is the time and here is the place.

It’s springtime in the Lowcountry. Go wild! And keep it real.

Margaret Evans is the editor of Lowcountry Weekly. Read more of her Rants & Raves or visit her blog at www.memargaret.com

Up from the Wreckage 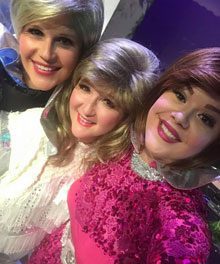