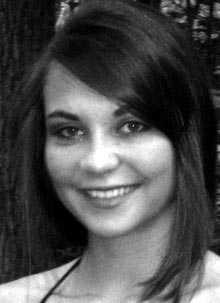 Biorock is ready to roll in the Lowcountry

Water bugs of the Lowcountry, your beloved’s kidney is

failing. In the words of Captain Jacques Cousteau: “The sea, the great unifier, is man’s only hope. Now, as never before, the old phrase has a literal meaning: We are all in the same boat.” This World Ocean Day, man finds himself in a boat siphoning down an eddy of dystrophy.

Coming to terms with his global disruption in the earth’s system, man now enters a “modern day Neolithic period” that calls for a major realignment of global consciousness and fashion of living on the planet. Famous for actualizing the seemingly impossible—aviation, space exploration, genetic engineering, for example—man is back at the drawing board, searching for the 21st century technology that will adapt to our traumatic trends. Just ask Ross Lysinger and Ed McCullough of Hilton Head about their “New Oyster Cult” proposal for a system that uses a Living System design with Biorock technology to produce oysters twice as fast with half the mortality, thereby naturally cleaning our local estuaries at little cost.

Imagine if mankind could design a self-sustaining structure that was fueled by the very pollution that is nuking ocean life. The structure would not only restore coral reefs, foster faster growing, stronger shellfish, control erosion and protect shorelines, but its by-product would be clean water. Well, there’s nothing improbable about this idea. It’s already being done in the Indian Ocean, Pacific, Southeast Asia and Caribbean.

Lysinger,  along with other colleagues, is working on a project proposal for the aforementioned hybridized system that may potentially bring one of the first pilots of this turnkey technology to Beaufort County’s coastal waters. His colleagues are Ed McCullough, a Lowcountry entrepreneur, Colleen Flanagan, a TED fellow and Biorock underwater sculptor, and Tom Goreau of the Global Coral Reef Alliance, who patented Biorock Technology with Wolf Hilbertz in 1996.

Over the last two years Beaufort County and the town of Bluffton have been focusing their attention on water quality restoration in the May River. As the ocean reaches its limits of absorbing carbon dioxide from the atmosphere we continue to pump more into the air, acidifying and warming the waters. To make matters worse, the nutrient-rich runoff that’s polluting the waters (i.e. fertilizer) overfeeds free-floating algae or phytoplankton. As this algae blocks sunlight from reaching the ocean floor, biodiversity drops, leaving an aquatic wasteland.

Coupled with over harvesting, the natural kidneys of the water—oysters and similar mollusks—that need a slightly basic or alkaline environment to grow their shells, are expending more energy growing their shells in acidic waters than reproducing. The New Oyster Cult project Lysinger and his colleagues will propose at the Ocean Symposium sponsored by Gulf Stream Aerospace in September is precisely the karmic twist mankind needs to counterbalance ocean acidification; because to boost oyster production is to clear the waters for aquatic biodiversity.

Oysters not only sustain the fishing industry by providing fish habitats, but they are the best filter-feeders found in nature. One oyster can clean up to 50 gallons of water a day by trapping algae and harmful bacteria and expelling them in larger particles to the bottom floor. Oyster beds also prevent marsh and shoreline erosion by acting as hard-shelled buffers to crashing waves.

The beauty of it all is that this revolutionary sustainable technology neither requires expensive materials nor skilled laborers, making it ideal for third world nations. The Living Systems are essentially floating stacks of shelves that create a habitat for the trillions of bivalve mollusk larvae that are floating around in the water looking for a home. The unique project Lysinger is proposing couples the Living System design with Biorock technology. This means that the Living System would be built with electrically conductive material, like rebar, and charged with a low-voltage source of alternative energy, such as floating solar panels. The electric current creates an alkaline environment that doubles the rate at which oysters grow with half the mortality. Nikola Berger’s study in the New York/New Jersey Bay area—one of the only experiments with Biorock technology in the United States—found that shell size is positively correlated with reduced mortality due to the ability to avoid predation.

Simply put, the New Oyster Cult systems are the most cost-efficient and environmentally viable solution available for protecting coastal resources from the effects of global warming and water pollution. The fact that Beaufort County estuaries may of the first in the country to exercise the New Oyster Cult project is certainly something Lowcountry families have to celebrate this June 8th on World Ocean Day. 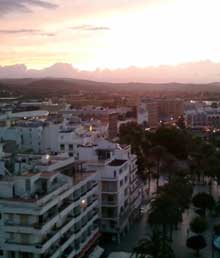 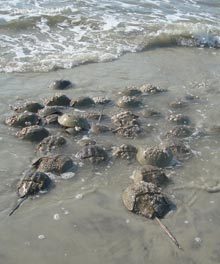