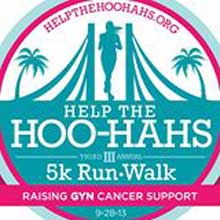 There has been a great deal of press lately about hereditary breast and ovarian cancer. Angelina Jolie, one of the world’s most beautiful women, shocked everyone by disclosing she had a prophylactic mastectomy because she carries a “faulty” BRCA1 gene. She also discussed plans for further surgery to reduce her risk for ovarian cancer, which is what killed her mother at age 56.

Pierce Brosnan shared his grief over losing daughter Charlotte to ovarian cancer at almost the exact same age as her mother. Many mourned the passing of yet another young woman to hereditary ovarian cancer.

For me, both stories were more than just headline news. When my mother and I were both diagnosed with a gynecological cancer within two months of each other in 2010, many people asked me if it was hereditary. I am a genetic counselor by profession so this is an issue with which I am more than familiar. However, it was entirely different being asked this on a personal, rather than professional level.

For my mother, she was diagnosed at age 55 with primary peritoneal cancer, a rare GYN cancer that is biologically identical to ovarian cancer and treated in much the same way. Unfortunately, like most ovarian cancer cases, the disease is typically not diagnosed until an advanced stage, and less than 50% of women are alive 5 years later.

For me, I was blindsided by invasive cervical cancer at age 33. I was healthy, exercised almost daily and had never had an abnormal exam. I learned the hard way that although PAP exams are an excellent screening test, they aren’t perfect.

I explained to my family and friends that our cancers were not related (just incredibly bad odds). The cause of ovarian/peritoneal cancer is often not known, although approximately 10% of cases do have a hereditary cause or “faulty gene” to blame. For cervical cancer, it is almost exclusively caused by the human papilloma virus (HPV).

My treatment required a radical hysterectomy but the debate was whether to leave my ovaries. I knew having a close relative with ovarian cancer increased my risk. I also understood the difficulty of diagnosing and treating ovarian cancer. I just couldn’t imagine living with that “black cloud” of worry for the rest of my life and chose to have my ovaries removed too. Like Angelina Jolie, I thought about the importance of being there for my child and my family, and wanted to do everything I could to reduce my risk for cancer. At the age of 33, I officially entered menopause.

There are occasions when I dream of my life before cancer. Every day, I rub on testosterone cream and take an estrogen pill. I also lie down for one hour every night connected to a lymphedema pump to battle a side effect of surgery (imagine a one-legged sleeping bag that inflates up and down to help move fluid that pools in the leg, thigh and pelvis). However, there is not a day that goes by that I don’t think about my mother and how she and so many others haven’t been so lucky.

Like most ovarian cancer patients, my mother’s cancer came back, but this time with a vengeance. After 22 months of remission, she got the call six days before Christmas 2012. As the doctors struggled to manage her worsening condition, she chose to pursue testing for the BRCA1/BRCA2 gene mutations. She knew that her “genetic legacy” was important not only to my brother and I, but to my daughter and other family members. Current guidelines suggest that any woman with ovarian or primary peritoneal cancer is a candidate for BRCA1/BRCA2 testing. However, the decision to undergo testing, and then ultimately what to do with the information, is incredibly complex.

Sadly, my mother never learned the results of her genetic test results. She passed away just two weeks later. Ironically, she died exactly three years after her first hospitalization for symptoms. As I struggled with grief at the loss of my mother, it was made worse by the long wait for test results and my own fears. I knew if her results were abnormal that I would have testing immediately. I had replayed the scenario of a positive result for myself a million times in my mind. I remember having a conversation with my female coworkers about what I would do with a positive BRCA result. Some were horrified that I would cut off my breasts just because of a genetic result. I reminded them that BRCA carriers have risks up to 87% for breast cancer. Plus, ever the optimist, I thought about the potential for new “perky” breasts. Clearly, the decision for prophylactic surgery is an incredibly personal one and not appropriate for everyone. It is definitely a major surgery with all the inherent risks.

Luckily, my mother’s BRCA results were negative. This doesn’t completely rule out the potential that her cancer had a hereditary cause but it dramatically lowers the chances. We were also able to store a sample of her DNA for the future, in case we ever want to pursue further genetic testing. As I mentioned, the field of genetics is complex, which is why it is best to find a certified genetic counselor to discuss all the risks, benefits and limitations of testing. To find a genetic counselor near you, visit www.nsgc.org.

Life often teaches us harsh lessons and I’ve truly found what doesn’t kill us makes us stronger. I am proud to say that out of my family’s experiences with GYN cancers came a non-profit organization called Help the Hoo-Hahs. Our mission is to increase awareness about GYN cancers and provide financial assistance. From gas cards to counseling to hereditary testing, we’ve helped many local families. This year’s fund-raising events kick off with a premier of the award-winning movie “No Evidence of Disease” at the Cinemark theatre in Bluffton on September 26, 2013. This year, our 3rd Annual 5K Walk/Run on Saturday, September 28, 2013 is part of an international race to end GYN cancers (Globeathon.com). To learn more or to make a tax-deductible donation, visit www.helpthehoohahs.org.

Libby H. Malphrus is a certified genetic counselor at Memorial University Medical Center and founder of Help the Hoo-Hahs. She is a Beaufort native and lives in the Lowcountry with her husband Deak and daughter Grace. 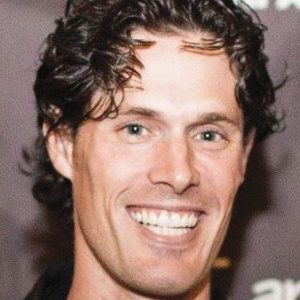 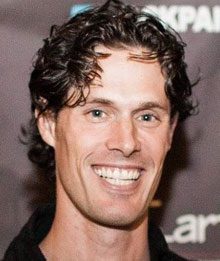