Falling in Love with Fall 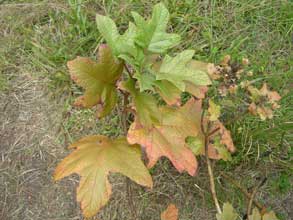 This is my favorite season. Nippy nights and cool days get me pulling out favorite sweaters and socks, and looking at the sky, day and night. Weather fronts offer the most unusual clouds. I saw some today that looked like my father’s eyebrows, which resembled overgrown plumose antennae of moths.

Plants have built-in thermostats and react to the cool temperatures and short days (long nights). Information deep in their genetic code begins to shut down the engines in annuals and tender tropicals. Hardier species will produce “antifreeze” in their saps which keeps cells from rupturing when the temperatures drop below freezing. Deciduous trees and shrubs form abscission layers after reabsorbing nitrogen compounds from their leaves. The other pigments that were obscured by the green chlorophyll molecules are now free to exhibit their yellow, red, purple and orange colors against the blue autumn skies. It is important to realize that basic metabolism in plants slows down as temperatures cool. Plants that aren’t actively growing don’t need fertilizer. Our warm season grasses, trees and shrubs need to go dormant. Leaves can be raked up and composted or chopped up with a lawn mower as a way to recycle nutrients. Mulch around the base of a tree or in a bed acts like a sweater or blanket insulating the roots and helping to prevent winter moisture loss.

The roadsides of the fall Lowcountry are subtly decorated with native grasses and seed heads of wildflowers. The cast of bluestems are really putting on a show with their fluffy blooms, showy plumes, and colorful stalks. Starring roles are played by little bluestem, Schizachyrium scoparium, Chalky and Bushy (Andropogon sp.) bluestems, giant plume grass Sacchaarum giganeum, Indiangrass, Sorgastrum sp., sweet grass, and River Oats. Other sedges and rushes join the graceful dance along your woods and fields, and ditches. I recently had a wonderful time with the kindergarten class from St. Peter’s School at the Sands in Port Royal. They were collecting seeds of Spartina alterniflora as an activity of a South Carolina Sea Grant/DNR program called “From Seeds to Shorelines.” Our salt marsh is an obvious artists’ subject with its changing seasonal colors, choirs, and movement. Lucky people get to live near a salt marsh and watch the spring green turn to summer green, fall green and gold, and winter’s tawny brown. As if that weren’t enough, we also get to enjoy the harvest of the marshes’ nursery of shrimp, fish, crabs, and oysters. That energy from the sun captured in the grass breaks down to feed the animals living in the estuary . . . and us.
My list of favorite things about fall keeps going. This morning on the way to work, 300 yards apart, were a red tailed hawk and a kingfisher sitting on their respective wires. Later, I saw a flock of white ibis doing pest control on a residential neighborhood lawn. The skies are tastefully decorated with migratory birds, and the Intercostal Waterway is similarly decked with migratory sailboats. It is hard to imagine a better place to be planted than the Lowcountry of South Carolina in the Fall. Garden Chores (and Fun Stuff to do in Winter) 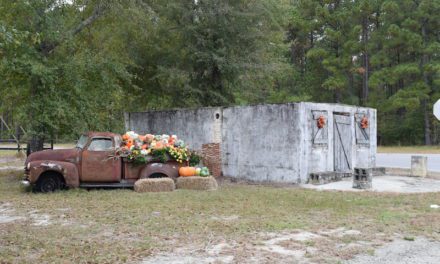 It’s Fall. My Garden’s a Mess. 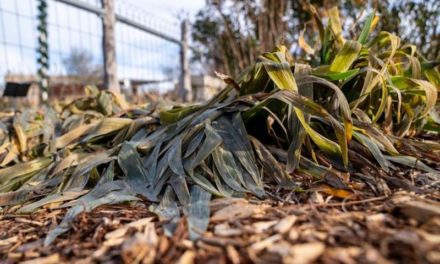