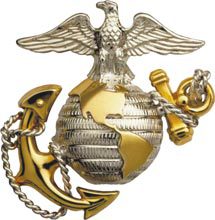 Since Dr. Stanley South first discovered Santa Elena in 1979, the Santa Elena site has been uncovered at least a dozen times. This stop-and-go archaeology was necessary because the South Carolina Institute of Archaeology had very little money to continue operations.

However, Dr. South’s assistant, Dr. Chester DePratter continued the good fight. He scrapped for every dollar so that he could return and uncover the story of Santa Elena. Nevertheless, today only two percent of the Santa Elena site has been uncovered.

The role of historians and archaeologists is fascinating. We really don’t have a true history unless historians and archaeologists work together. Usually, the historian will uncover important facts from documents held in a library or in private hands. But those facts are often twisted. The archaeologist uncovers reality. In the case of Santa Elena there are many unanswered questions. We know there are two Santa Elena towns on Parris Island. The first one was burned by the Indians in 1576. The second town was created when the settlers returned and rebuilt Santa Elena in 1577. Where is town number two? Does it overlap with town number one? Does the town follow Spain’s requirement for the design of a town? Did the nobles live near the water? Where are the four Spanish forts? Where is the Spanish plaza? Spanish towns were organized around their Plaza. It was the social center of the town. Is the Catholic Church on the Plaza as in other Spanish towns? How large was the church? A colonial settler’s social status rose as he or she had people under their control. Is there evidence that some of the commoners had indentured Indians under their control? How did the lifestyle of the new settlers change after they left Spain?

The true history of Santa Elena will be uncovered when we reopen Santa Elena and slowly continue the archaeological work. To do that we will file a permit to reopen the site. We expect this permit to be approved because we are carefully preparing a plan that will not impede the Marine Corps’ mission. In fact, we believe it will enhance their mission.

To limit traffic to the base, we will build the “interpretation” center off-base, but within close proximity to the base. The “interpretation” center will be much more than an interesting museum. It will be like walking through the 16th century using a time machine. It will tell the entire story of how America was first settled. Of course, we will emphasize the French-Spanish settlements and especially Santa Elena. That “lost” history needs special attention. It will be presented in a dynamic and exciting way. You will also be able to witness the “dig” when you are visiting the Santa Elena Interpretation Center. We expect to have a video link between the off-base Interpretation Center and the actual site. This will be set up much like the NFL does to remotely watch a football play. The visitor who is at the “Interpretation” center will be able to sit in and listen to the archaeologist describe what he is doing and why he is excavating at this very spot.

This will be no small project. The interpretation center alone will cost upward to twenty million dollars. It will also take us at least three years to construct once we have purchased the property. In the meantime, we need to inform the community of what is coming if we are going to ask for their help. We will do that by creating an “interim” center. That “interim” location will tell everyone what is coming. It will certainly give you a glimpse of the Santa Elena story. It will update you on the archaeology that we hope will be underway next year. And it will keep you updated on our progress in completing the permanent center.

Interestingly, there are two strong links between the Santa Elena story and the Parris Island Marine Corps. The first link deals with why the Spanish left Santa Elena after twenty one years. In June of 1586 England’s Admiral Drake and his fleet of 29 ships destroyed the Spanish Caribbean towns of Santa Domingo and Cartagena. Then the English fleet turned north and destroyed St. Augustine in June, 1587. Finally, they continued north in search of Santa Elena. But when they approached Port Royal Sound they had moved too far out to sea to avoid the shallow water off Tybee Island or Hilton Head. They had overshot the harbor to Santa Elena. And the unfavorable winds made it impossible to reverse direction. However, this demonstration of English might was enough to scare Spain into leaving Santa Elena and consolidating in St. Augustine. In other words, Spain left Santa Elena after 21 years because they realized that a mobile fighting force would always beat a fixed fortification. And who later settled on Parris Island? The finest mobile fighting force in the world. What an irony.

The Marine Corps’ second link to Santa Elena is the Hispanic population. Today there are 54 million Hispanic Americans. This is more than Spain’s entire population, which is 40 million. Hispanics are growing as a percentage of the total American population, and the Marine Corps is aware of this trend. They are, in fact, trying to show young Hispanics that they can have a future in the Marine Corps. Most Hispanics come from Mexico, Puerto Rico, and Cuba. Their backgrounds are very diverse, but they have a common heritage linked to Spain. What many of them don’t realize is that they also have a common heritage linked to America. And we know one thing – if people understand their heritage, and understand how they are linked to the settlement of America, they usually have a much stronger feeling about America. What a great recruiting opportunity for Parris Island. As part of their recruitment, they can go next door and show the recruit Santa Elena . . . the first major colonial settlement in the United States. 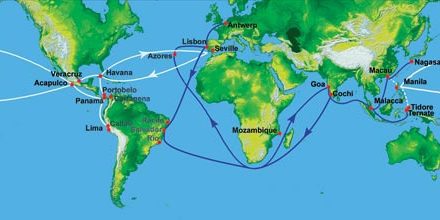 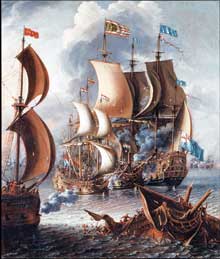