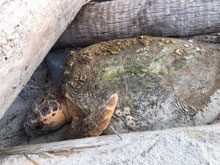 In eighteen years covering all of Hunting Is

land, Buddy Lawrence, Friends of Hunting Island Sea Turtle Conservation Specialist, has never needed to rescue a mama turtle from fallen trees. But on Thursday, July 5, he did just that.

A Turtle Team in zone 4, south of South Beach, and nearly to the breach, found a mama turtle stuck in a hole under a downed tree. Lawrence believes she was trapped around 3-4 am. The same mama had made three other non-nesting crawls that same night, attempting to find a good spot to lay her eggs. There are already four successful nests in the same area. But this particular turtle was just unlucky.

Luckily, Merle Wolfgang, a volunteer in Katrina Rossman’s team, saw the mama stuck in the hole. If she and the volunteers in her team had not found the mama, the loggerhead would have died in the heat of 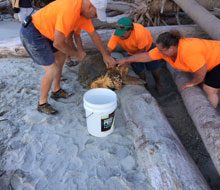 the sun. Buddy Lawrence and volunteers Ernie Wilson and Bob Bobko were able to free the turtle and help her return to the sea.

Loggerhead turtles can weigh up to 350 pounds, and rescuing a trapped turtle is not an easy operation. The rescue team had to dig the sand out from under her to free her enough to get her up an 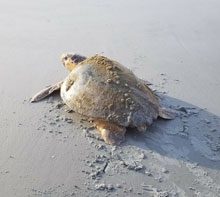 d over the log. The operation took about an hour.

The Friends of Hunting Island Sea Turtle Conservation Project’s goal is to protect as many turtles, their nests, and their hatchlings as possible. Loggerhead Turtles are threatened in the US and endangered worldwide because of human encroachment of habitat, boat accidents, and nest predation. 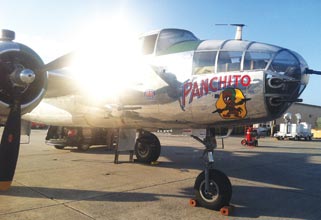 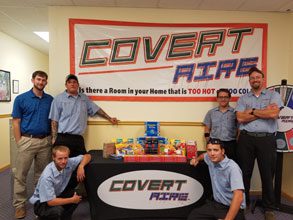 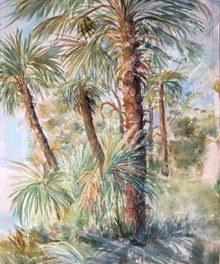 Under the Spell of the Lowcountry 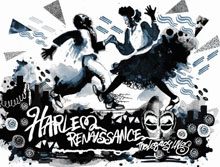