The Saga of Secession

South Carolina’s decision to secede from the federal union in December, 1860 was not an easy decision nor was it made without thought of the repercussions.  In the Beaufort district, it had been simmering for 32 years.
“Many of the Beaufort planters still lived on the very land that had been carved from the wilderness by their ancestors. They were established, powerful, rich and proud; perhaps more so than any group in any community in America at that moment.  They surely feared the consequences of their radical act, but they feared the consequences of not acting even more.”

This excerpt from Dr. Lawrence Rowland’s book, The History of Beaufort County, South Carolina” describes the men and the weight of their heritage.
On Saturday, March 8, three leading historians on pre-Civil War history will lead a tour to sites that will illuminate the Saga of Secession.

Topics that will be covered are:

The Nullification Crisis of 1828-1832
The Tariff of 1842 and the Bluffton Movement
The “Cooperationists” and elder statesman and moderate, John C. Calhoun
The Nashville Convention and the movement for southern nationalism
Impact of the Charleston-Savannah Railroad
Southern Rights Association statement of principle, Gillisonville, 1850
First Secession Convention, 1852
Impact of John Brown’s raids and the fear of slave revolts
Rise of abolitionism and the new Republican party
The Democratic National Convention in Charleston, April, 1860
Election of Abraham Lincoln, November, 1860
Signing of the Ordinance of Secession, December, 1860
Six sites will be visited on the tour with a lecture to be given by one of the historians at each location.  The locations are as follows:
Beaufort at the Elizabeth Barnwell Gough House, c. 1789, family home of the acclaimed “father of Secession”, Robert Barnwell Rhett.
Bluffton and the legendary Secession Oak.
Lunch will follow at the social hall of the Church of the Cross with a short visit to the church.
Gillisonville where a key meeting of the Southern Rights movement was held at the district courthouse on November 11, 1850.
The crossroads village of Grahamville is significant as the centerpiece of the Charleston/Savannah railroad and where Robert Barnwell Rhett made a charismatic appeal for united southern action on July 4, 1859.  Holy Trinity Episcopal Church will be the lecture location in Grahamville.
The final site will be in Beaufort at the Milton Maxcy House, the Secession House, c. 1813 where the draft of the Ordinance of Secession was signed in December, 1860.
The three historians leading the tour are Dr. John M. McCardell, Jr., Dr. Lawrence S. Rowland, and Dr. Stephen R. Wise.
Dr. John McCardell is the retired president of Middlebury College, Vermont. His doctorate dissertation was published by Norton & Co. under the title of The Idea of a Southern Nation, a book that after 18 years, continues to be one of the most cogent discussions of the rise of Southern nationalists and Southern nationalism in the mid-nineteenth century.
Dr. Lawrence S. Rowland is Distinguished Professor Emeritus at the University of South Carolina Beaufort where he was Professor of history for 26 years. He completed his doctorate degree at the University of South Carolina with a dissertation on Eighteenth Century Beaufort: A Study of South Carolina ‘s southern Parishes to1800.  Rowland is also the author of The History of Beaufort County, South Carolina, Vol. I, 1514-1861, with Alexander Moore and George Rogers,Jr.
Dr. Stephen R. Wise is the Director of the museum and Cultural Resource Manager for the Marine Corps Recruit Depot, Parris Island. Wise’s first book, Lifeline of the Confederacy: Blockade Running During the Civil War, was acclaimed as a comprehensive account of the Confederate effort to deliver supplies through the northern blockade. A second book entitled Gate of Hell: The Campaign for Charleston Harbor 1863 was made into a PBS documentary in the summer of 2006.
The Saga of Secession is sponsored by the University of South Carolina Beaufort Continuing Education. Because space is very limited, reservations are necessary by calling 843-521-4147 or email at kingsley@uscb.edu.  Reservations are $90 per person and include lectures, tour visits, lunch, bus travel and printed matter. Mail checks, after reservations are made, to USCB Continuing Education, 801 Carteret St., Beaufort, SC 29902. 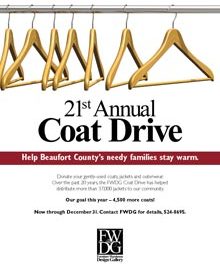 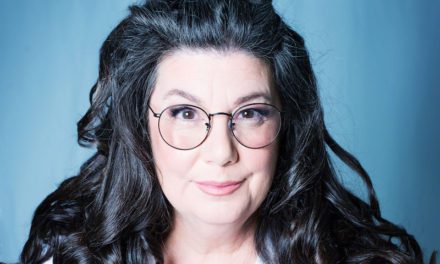