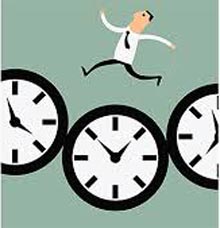 “In Philadelphia, the same day as the British landing on Staten Island, July 2, 1776, the Continental Congress, in a momentous decision, voted to “dissolve the connection” with Great Britain. The news reached New York four days later, on July 6, and at once spontaneous celebrations broke out. ‘The whole choir of our officers . . . went to a public house to testify our joy at the happy news of Independence. We spent the afternoon merrily,’ recorded Isaac Bangs.’” (David McCullough, “1776”; NY: Simon & Schuster, 2005)

Wow, 95 miles or so in a glacial fourrrrrrrr daaaaaaaaaays! In round numbers, that’s about one mile an hour– roughly 1/2 the speed at which my arthritic body can walk our dog Dixie. Or, for you cat fanciers, the revolutionary news traveled from Philly to New York at about 1/70th the top speed of a cheetah.

Today a message traveling that same distance takes more like four seconds, probably even less if you consider a fan listening to a Phillies/Yankees game on his car radio in The Bronx. The celebrating might well have been similar, then versus now, though I doubt they had much in the way of light beer or appletinis in 1776.

Perhaps it was true back then to some small degree as well, but we seem to love to live for speed today. We crave high speed internet, high speed rails (well, in France, Germany, Italy, China and Japan among other countries if not here yet in the U.S.), not to mention speedy pain relief. We “nuke” a potato in five minutes, whip up instant oatmeal and coffee, sometimes prefer a quick spray on tan to the real thing, and keep nearly countless fast food joints profitable. We also buy mega-mountains of lottery tickets as a farfetched though theoretically plausible way to get really rich really fast without all that tiresome, old fashioned hard work and brainpower. What a drag to make a fortune that way. Sheesh.

And– here it gets personal for me, a fan– we love Amazon Prime, which gets that highly prized and greatly anticipated whatchamacallit to our door in two days with the holy grail of e-commerce, free shipping.

Just last week I was alerted for the first time to another speed bump of modern life, yet another worry to add to our bloated lexicon—Fear of Missing Out or FoMO. What could that beeeeeeeee, I wondered slowly. According to our rapid-fire pals at Wikipedia, “mobile phones now enable people to remain in contact with their social and professional network continuously. This may result in compulsive checking for status updates and messages, for fear of missing an opportunity.” Imagine a “pervasive apprehension” that other people could be having rewarding experiences that we are missing out on.

And get a load of this. “FoMO perpetuates the fear that we have made the wrong decision on how to spend our time.” At least one personal injury lawyer plays on this sort of sentiment when his TV ads intone, “Injured in a car wreck? Call right now!” Actually he’s probably got a point . . . and probably means ‘Call me yesterday. Or last night, since I hardly ever sleep anyway, gotta make a buck and keep you in smart phone money too, baby’!

The accelerating search for greater speed today carries risks. Time magazine just offered advice on “how to beat your smart phone addiction.” And, presumably, your FoMenting FoMOphobia. Not only are people degenerating into lousy dinner companions, research shows that smart phonies risk greater stress, anxiety, and poor mental performance. The fix? Well, short term goals such as phone-outs, say a half hour break from checking your phone may help, along with alerting your contacts to modify their expectations so they don’t automatically look for instantaneous responses from you. And here’s a radical idea . . . consider turning the phone off before bed and “try an old-fashioned paper book instead” (gosh, what a stroke of genius).

If these risks haven’t grabbed people’s teeny weeny attention spans, how about the scary prospect of getting old at high speed? According to a study reported in The Week (7/24/15, page 17) of 954 New Zealanders who were studied from age 26-38, some not only looked older than their years at 38 but actually measured biologically older as indexed, for example, by the condition of their vital organs, immune systems and their intelligence. Luckier Kiwis studied, in contrast, aged barely at all in those twelve years. The difference? Well, favorable genes accounted for only about 20% of the results as opposed to 80% for environmental and lifestyle factors. Like stress, which is often exaggerated by too many potentially overwhelming challenges coming at a person too fast. There’s that speed factor again, per Lucille Ball working on the candy conveyor belt as it accelerated in that classic piece from the still relatively laid back 1950’s.

So what does one do to reduce stress? Countless books claim to hold the answers and we can always turn to slick celebrities like Dr. Oz or the staid pages of Consumer Reports. I was just sensitized to all this yet again recently when someone called to congratulate me on “aging into Medicare” and how would I like to explore the following invaluable opportunity to . . . Well I felt so good at being congratulated for something that I decided to reciprocate by quickening his journey through the contact list he was working. You could say, I suppose, that I hung up on him but I prefer to say I accelerated his progress. Yeah, that’s it.

After Oz and Consumer reports and all those books there is something else we can turn to in an effort to reduce stress. I’m talking about “float therapy,” recently discussed in Time. As we quickly learn, Emily Noren gets undressed, pops in earplugs and “slips into a pitch black chamber, where she floats in saltwater that’s the exact temperature of her skin. For 90 minutes, she sees nothing and hears only her breath.” Sounds like torture to me, but evidently this sort of thing actually works as essentially a shortcut to meditation or perhaps that Zen state I wrote about here a few years ago.

We go on to discover in this interesting article how a series of studies has demonstrated how effectively this technique can work (assuming, of course, that it doesn’t drive you nuts, grasping frantically for your beloved cell phone and a drive-through cheeseburger while your car stereo blasts heavy metal music at you).

I’ll say one thing about float therapy: it puts that Philadelphia to New York news that the colonies had broken free from England in perspective. Four days to travel 95 miles over hill and dale sounds like Nascar after you’ve been sitting still in a dark, quiet tank of water. For an hour and a half. When you could be doing things, fast. Or faster. Speed, I think all over again slowly, it’s all about speed.

As You Were Saying… Part II 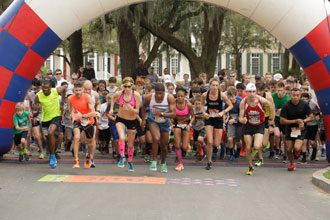 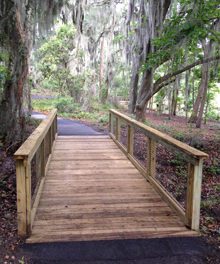 More Than Just a Pretty Place