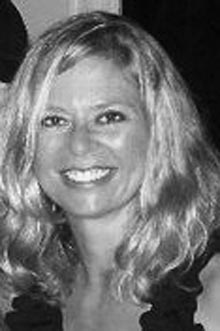 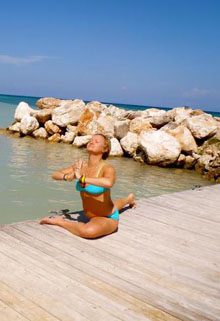 When I first met Shelly Lowther in 2010, she was opening her first yoga studio in the Lowcountry in Beaufort Town Center. I was intrigued from the moment I met her. She exudes all things feminine… grace, poise, gentleness and beauty. And when it’s time to talk business, she’s all business. Her confidence is admirable, and her success story is one that every little girl needs to hear.

She started small. Dancing Dogs Yoga was located at 1600 Burnside Street. She offered yoga to everyone. Seriously, her propaganda for getting people in the doors was simple and smart. Students only had to pay what they could afford. If you only had $5, you could pay that. If you had $20, you could offer that. And if you were flat broke that week, but needed a mental and physical pick me up… no problem. Shelley welcomed everyone with open arms, regardless of wealth.

And still today, her daily mantra centers on embracing the community. “I am, because you are” is the secret to Shelley’s success.

Each and every one of us has potential, whether we are petite or obese, social or introverted, employed or seeking employment, healthy or unhealthy. If you have goals, Shelley understands that yoga helps you put them into action. And truthfully, I believe it’s why she’s been placed on Earth, and here in Beaufort. She is a leader, and she is empowering this community to take care of themselves and strive to reach their potential, one class at a time.

Now with three studios in Augusta, Bluffton and at 1211 Newcastle Street in Uptown Beaufort, Shelley has multiplied her enrollment by doing what she loves. And now, Shelley is certified as a Level I and II Baptiste Power Vinyasa Yoga instructor. She is one of only two certified instructors in the entire State of South Carolina and one of two certified in the State of Georgia.

Shelley traveled to New York City and Austin, TX to train with Baron Baptiste, inspirational yoga teacher, author and leader in the realm of transformation for over 20 years. She co 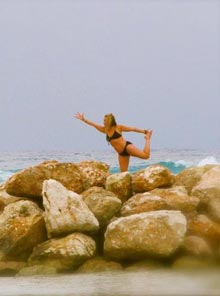 mpleted two-week boot camps with Baptiste, who founded the Baptiste Power Vinyasa Yoga practice in the 1980s and has influenced the lives of hundreds of thousands of people all over the world, and across many cultures. Born into a lineage and heritage of health, yoga and spiritual educators, Baron was bred to teach and educate.

Baptiste Yoga provides transformational learning and growth environments for individuals seeking to deepen their personal yoga practice, alongside with those who are walking the teachers and leaders path. Participants and teachers are known for their powerful teaching, authentic expression, commitment to empowering and transforming others, and fostering dynamic communities.

That’s why Shelley chose Baron as her mentor and teacher. Last year, she began feeling stale with her practice. She wanted to find a teacher, a yoga guru of sorts. What she found was someone who took exception to the title of guru.

She signed up for a three day class in Boston, taught by Baptiste, and 350 people filled the room.

“I had an immediate feeling of welcome within the community. Baron was far from an intimidating guru. He was down to earth,” explains Shelley.

Baptiste teaches foundations of yoga in action. What each of us needs is not another quick fix, but rather a rebirth – a whole life revolution. And that’s what Shelley learned from Baptiste… how to empower the community by explaining that we all have potential.

While finishing her certification, Shelley and some of her dedicated instructors in Beaufort taught a class entitled, “40 Days to Personal Revolution,” a program designed to radically change your body and awaken the sacred within your soul. 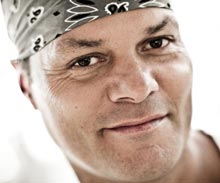 I signed up in January. I loved it… until I quit. Yes, I’m eating crow. I was so determined, like many others in the class. We were needing that push into action. And I, more than ever in my life, needed spiritual direction. It was awesome. We went to a class every day, beginner classes, power yoga classes, all of them. We were given a book by Baron Baptiste and were charged with meditating every day. I felt so good, better than ever in my life in fact.

So why did I quit? I guess I simply ignored my potential. I let the demands of life dictate priority, not my intrinsic yearning for peace. And what happened? I fell and fell hard, because I closed my eyes to my potential. But they’re wide open again. And I’m more determined than ever to finish this class!

That is thanks to Shelley. And Baptiste.

Since Shelley has been certified as a Baptiste instructor, her business has grown 30% in Beaufort. Her enrollment jumped from 1500 students per month to 2600. We love the transformation!

In all three locations, Shelley offers classes and workshops for all levels, something I was happy to hear. I’m not the most coordinated of students, and I never feel intimidated. The sense of community is so great and contagious at Dancing Dogs Yoga, and the level of service is individualized so that everyone feels at home.

In Bluffton, Shelley now offers over 20 classes per week. And with the expansion, she is now able to extend programming to include classes for mothers-to-be and children. 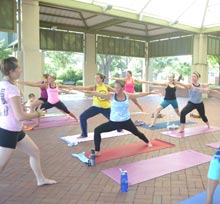 Shelley wants to emphasize that yoga is not just exercise. Yes, you are sweating when you leave. But, it’s more than exercise. It’s a shift in your vision of your body and mind. Yoga offers a new outlet to look at things differently, to understand the possibilities and inquire about yourself, to meditate and release all of those crazy things in our heads, to awaken your soul.

Baptiste has created a ripple effect with his instruction. We don’t have to travel to all parts of the country to experience his teachings. We can just go to Dancing Dogs. And, Shelley makes it even easier than that. She offers 30, 60 and 90 minute podcasts for students on the go or out of town.

And she’s excited to announce an upcoming event that was organized to bring yogis together for a wonderful cause. The Yoga Aid for Africa Yoga Project will be held September 9 at the Henry C. Chambers Waterfront Park from 12 Noon until 4pm.

Yoga practitioners and studios around the world will gather together in karma yoga. This is part of a worldwide effort as 20,000 yogis from 20 countries come together to raise $1 million for charity. Join regional yoga teacher Brent Martin, Carol Morrissey, Kelley Boyd and Kim Cech throughout the day for inspiration, asana and community, and cap off the afternoon with Karma Yoga in action!

There will be a screening of Practice Change, the Africa Yoga Project documentary, followed by a live DJ Yoga Party with certified Baptiste teachers Beth Thomas of Charleston Power Yoga, Kate Taylor of Savannah Power Yoga and Shelley Lowther of Dancing Dogs Yoga. Join a team or register to become a challenger and raise $108 or more at YogaAid.com. Please choose Africa Yoga Project as your charity of choice, followed 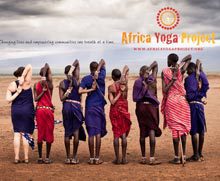 by a live DJ yoga party with certified Baptiste teachers, Beth Thomas of Charleston Power Yoga, Kate Taylor of Savannah Power Yoga and our own Shelley Lowther of Dancing Dogs Yoga. The group will also be joined by Awakening Yoga Studio in Richmod Hill, GA and The Art of Yoga from Hilton Head Island!Awakening Yoga Studio in Richmond Hill, GA and The Art of Yoga on Hilton Head Island.

To join a team or to register to become a challenger and raise $108 or more, please visit www.yogaaid.com. Please choose Africa Yoga Project as your charity of choice. For more information about this amazing event, please email karma@dancingdogsyoga.com.

Last Saturday, Shelley opened her third studio in Augusta. She’s only getting bigger, and it’s better for this entire Southeast community. Shelley does great things, and I’m thankful to have her as a friend and my own personal mentor.

The quote I mentioned earlier in the article is Shelley’s favorite. “Ubunto -I am, because you are.” And to conclude this piece, I want to describe its meaning and Shelley’s vision for Dancing Dogs Yoga.

Ubuntu is an African philosophy focusing on people’s allegiances and relations with each other. Ubunto literally translated is, “I am what I am because of who we all are.”

A person with Ubuntu is open and available to others, affirming of others, does not feel threatened that others are able and good, based from a proper self-assurance that comes from knowing that he or she belongs in a greater whole and is diminished when others are humiliated or diminished, when others are tortured or oppressed. One of the sayings in our country is Ubuntu – the essence of being human. Ubuntu speaks particularly about the fact that you can’t exist as a human being in isolation. It speaks about our interconnectedness. You can’t be human all by yourself, and when you have this quality – Ubuntu – you are known for your generosity. We think of ourselves far too frequently as just individuals, separated from one another, whereas you are connected and what you do affects the whole World. When you do well, it spreads out; it is for the whole of humanity. 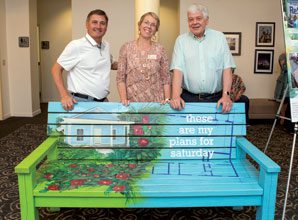 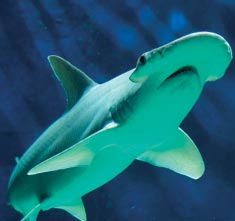