Newtown On Our Minds 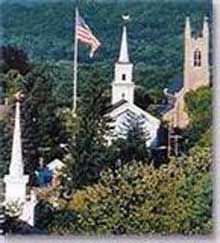 It’s been a numbing transition. In the past few weeks, Newtown has gone from a dot on the map to a state of mind. My journey spans 30 years.

Following a research stint at Ohio State University in the early 1980’s, the career opportunity bell rang for me in Connecticut and off I went, bound for New England. It was everything I’d dreamed about—an exciting career, spectacular rolling country fit for a postcard festival, and the one-in-a-million chance encounter with my future wife in Stamford. A few years later, Jane and I redirected our careers. Our son Jack came along in 1985, and as he raced toward school age the time came to make a very big decision: where to send him for a terrific education.

After a careful search through many excellent schools and towns, we happily chose Newtown. Not too big at 25,000 people, accentuated by a tall flagpole planted in the middle of the main street through town and a quaint old fashioned general store – complete with wooden floors. Very reasonable home prices plus superb public schools. We settled in, worked hard on fixing up our sprawling house and laid out a dozen pretty little gardens around the sloping property. Jane took the lead on ensuring that Jack got off to a nurturing but stimulating start at Hawley Elementary School. As he worked his way up from kindergarten through the grades, we were treated, along with so many other parents, to an endless series of Saturdays spent at local ball fields and gyms. Baseball, soccer, basketball, swimming, it was always something. We stood together shivering and cheering in the colder months, but never waivered in our enthusiastic support for the children.

Our son often played soccer at nearby Sandy Hook Elementary School. It was great fun watching our little tikes trundle up and down the field, occasionally trading elbows but mostly laughs and cheers. I remember having to change the battery in our car after one game there, laboring away in the parking lot illuminated by the cheerful glint of the afternoon sun. It was a happy time.

The years spun by. Fridays were always special, as Jane and I often met at a local restaurant on my way home from work. El Coyote was a favorite for Mexican food (“rice and beans?” the waiters always asked cheerfully), Mona Lisa for Italian. Before long, Jack graduated from Newtown High School. The ceremony was held in the all purpose school auditorium, our children about to join forces with hundreds of thousands of their cohorts across the country as they got ready to take on the world. Generation Y. Millennials. The kids who can fix your computer or design a website as readily as they can pick out a cool pair of jeans or tell you what sushi to order. Everyone’s kids.

Before long, we had been living in Newtown for 14 years. Our son was ensconced at Boston University. He took a lot of Newtown with him, including a love of studying hard and working and playing with others. Soon it was clear he was really on his way, getting ready to graduate again, and growing up fast. Retirement options slowly began to come into focus for me, and after a nationwide search we eventually set our sights on the Lowcountry. A very long way from Newtown, but only on the map. Both areas are simply lovely, full of caring and warm people. After seven years here, we had clearly made the right decision.

And then along came December 14, 2012 and the horrifying news from Newtown. As the first headlines crawled across the cable news channels, it became increasingly obvious that an awful event was unfolding. The minutes ticked by and the reported death count rose from two or three into the teens and then finally to 26, not counting the shooter and his mother. As we all learned that 20 of the victims were first graders—babies, really—the mountain slide of carnage came into increasingly ghastly focus.

And there we were, all of us, staggered. Gasping. Newtown’s children became all of ours. Their teachers looked so similar to others around the country. The news coverage machinery hung over Newtown like a dense electronic fog.   Reporters such as Wolf Blitzer, Susan Candiotti and Anderson Cooper at CNN—just one outlet—seemed to have moved there as further details about the shooting dribbled forth. On Sunday, December 16, a prayer service was held at Newtown High School. Though we had been gone for seven years, right then it seemed more like seconds or minutes. There we were back in that auditorium. It looked exactly like it did when we saw our kids graduate.

The service was reassuring to watch but also difficult. And for me, ironic. President Obama was sitting almost exactly in the seat I last occupied when visiting Newtown High School in late 2005.  It was simply the best concert I ever attended: an aging star trumpeter and world famous band leader, Maynard Ferguson, with his outrageously gifted big band . . . most of whom looked to be in their 20’s.  (There were those Millenials again.) I was in heaven. To watch the somber vigil taking place right in that very auditorium was a bridge very nearly too far.

The public discussion since that service has naturally turned to corrective action. What can we do to minimize if not prevent such mass shootings in the future? To ignore the question would set a new standard for irresponsibility. But some of the earliest recommendations seemed bizarre. Arming teachers, for example. Here’s a frightening scenario: in a country with some 3.3 million public school teachers and 100,000 public elementary and secondary schools, a drugged up and/or mentally ill 25 year old breaks into Anytown Elementary School. He is heavily armed, and confronts a 33 year old fourth grade teacher with his/her handgun.  Up goes the semi-automatic rifle, down goes the scared teacher amid a hail of bullets and the carnage escalates from there. Surely we can do better than that reckless approach.

The right set of solutions won’t come easily in this society with a culture of violence and an agonizingly high murder rate. I do know this, the math is tough: we have something like 280 million guns and at least 28 million people with very serious mental disorders in the U.S. They’re out there, and they’re all over. I got a first hand look back in my Chicago days when we did a door to door survey and found, as a byproduct of our research, that in at least every tenth household there was someone there who was simply off the wall, to put it bluntly. Incoherent, angry, delusional. Millions of guns, millions of people who shouldn’t get near them. It’s a lethal cocktail just waiting to come together and explode somewhere. Anywhere.

We’ve got a lot a work ahead of us. We all do. As compassion and support give way to political haggling and competing proposals for change, we have to keep Newtown’s children in mind long after CNN’s trucks have gone home. Those are our children and our town. All of ours. 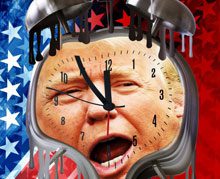 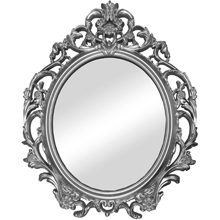 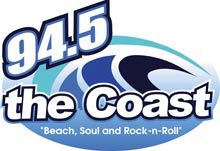 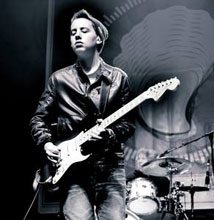