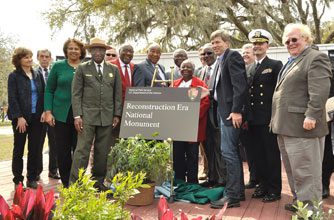 The national monument designation protects and interprets historic buildings and landscapes in three areas within Beaufort County, including the City of Beaufort, St. Helena Island, and the Camp Saxton Site at the US Naval Hospital in Port Royal. “It’s going to be up to us to continue to make this monument a living monument rather than something to look upon in a historical context,” U.S. Rep. Jim Clyburn (D-SC) told the gathering.

Rep. Mark Sanford (R-SC) welcomed those assembled and Clyburn, the keynote speaker who led the initiative to create the monument, were joined by local mayors Billy Keyserling of Beaufort and Sam Murray of Port Royal along with officials from Penn Center, the Brick Baptist Church and the Baptist Church of Beaufort.

Former Secretary of the Interior Bruce Babbitt, who suggested the initiative 17 years ago, was part of the celebration as was Dr. Kate Masur, one of the most prominent historians of the period who worked with the National Park Service on selecting the sites.

“The establishment of the Reconstruction Era National Monument is enormously important to our city, county, region, and nation,” Beaufort Mayor Keyserling said. “National recognition of this period in the development of the United States unlocks some treasures of our hidden history, giving students, scholars, and the public opportunities to better understand our past as we create our future,” he said.

The Reconstruction Era National Monument, approved in January by presidential proclamation, is composed of historic buildings and landscapes in northern Beaufort County:

The Old Beaufort Firehouse, Darrah Hall and the Camp Saxton Site aren’t yet 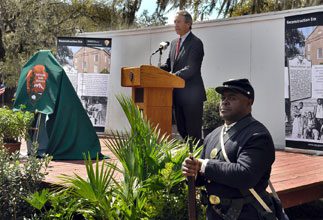 accessible to the public. Brick Baptist Church is privately owned and supports an active congregation.

The dedication event was organized by Beaufort County, Brick Baptist Church, the City of Beaufort, National Park Service, Penn Center, the Town of Port Royal, the S.C. Department of Natural Resources and the U.S. Navy.

Dr. Rodell Lawrence, executive director at Penn Center, said “the interpretation of the Reconstruction Era is a major milestone in the legacy of Penn Center and our nation.”

The Reconstruction era began during the Civil War and lasted until the dawn of Jim Crow racial segregation in the 1890s. During Reconstruction, four million African-Americans, newly freed from bondage, sought to integrate themselves into free society and into the educational, economic, and political life of the country.

Reconstruction began in November 1861 in Beaufort County, after Union forces won the Battle at Port Royal Sound and brought the Lowcountry under Union control. More than 10,000 slaves stayed behind when their owners fled the cotton and rice plantations that for generations brought tremendous wealth to the Lowcountry. The Lincoln administration started the Port Royal Experiment in Beaufort County to help the former slaves become self-sufficient.

Creation of the national monument to the Reconstruction Era caps a 16-year effort to recognize a critical stage in America’s history, Keyserling said. During   Reconstruction, “schools were opened to educate freed slaves and land ownership, entrepreneurship and voting rights for Black Americans were established,” he noted.

A National Park Service study showed Beaufort County was the best place for a monument to the period because of the large number of nearby important sites.

Penn Center is donating Darrah Hall, the oldest building on the Penn Campus, to be converted into an interpretative center while Billy and Paul Keyserling donated the firehouse as part of the monument. The mayor said the designation, coupled with increasing awareness of Beaufort and the Lowcountry as a tourist destination, will help showcase a forgotten period in America’s history.

“Beaufort’s history is more than big homes on the river bluff, and it’s more than European colonists finding a Lowcountry home. The history of the Lowcountry is a story about people working very hard, day after day, to create a home and sustain a community,” Keyserling said.

While the monument includes four of the most significant sites, a group called Partners in Reconstruction History has noted more than 100 sites, including the first self-governed community of freedmen at Mitchelville on Hilton Head Island, which may be incorporated into a network. This interweaving network will serve as a laboratory so that scholars, students, residents and visitors will be able to delve more deeply into the history.

Keyserling said the national recognition from a special Park Service designation could bring renewed notice to a lesser-known Sea Island story – how Penn Center, the Port Royal Experiment and Robert Smalls and many unrecognized and unsung heroes all played a large role in Reconstruction, and how Reconstruction affected the future of South Carolina, the South and the entire country.

Beaufort was the home of Robert Smalls, a Civil War hero who steered the CSS Planter to the U.S. Navy in 1862, used his reward money to purchase his former master’s house and then became a local political leader. In 1868, Smalls was a delegate in the state constitutional convention that enfranchised black men and created free public education. Smalls went on to serve five terms in Congress. 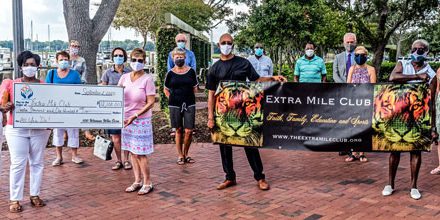 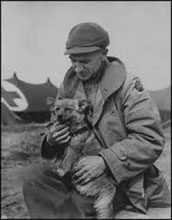 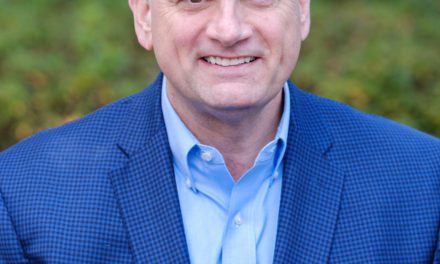