You may recall me bandying about thoughts lately on the merits of real versus virtual conversations. Since then I’ve been trying to take my own advice and channel my inner D.O. and Billy Don. The former was my gregarious brother-in-law, Dimitri, the latter is roving journalist Bill Moyers. People who’ve gone out of their way to make human contact.

An essay in The Week magazine got me thinking again about a troubling trend in America certainly and probably overseas. It focused on why the old TV show Friends is still so popular. Stephanie Piko, a 21-year old fan, nailed it: “In their free time, [the Friends people] all get together at the coffee shop to chat and catch up… nowadays we’ll catch up really quickly, but everyone’s always on their phones. Back then, it’s more of a person-to-person relationship, instead of through technology.”

A new abbreviation has even caught on, IRL: in real life, as paradoxical as that may seem to anyone over 40 or so. Perhaps IRL works best as a sneaky palliative, a cure we don’t always know we need. CNN has reported that teenagers are increasingly at risk of becoming addicted to their smart phones. Fully half of them feel that they are hooked on their mobile devices, according to a recent poll conducted for Common Sense Media, a nonprofit attempting to help kids, parents, teachers and policy wonks “negotiate media and technology.”

What to call these individuals—by no means all children—who are perhaps beginning to yearn for more IRL experiences. How about “zombies.” A strong word, sure, but you know the signs. Blankly expressionless humanoids texting and scrolling away on their devices while the real world scurries by them. Some of the ominous signs of techno-zombie-dom include checking the outside temperature on your phone instead of just opening a door or window; or, worse, hoping you hit a bunch of red lights on the drive home so you can comment on more Facebook posts. How about choosing clothing based on the best pockets for holding your phone?

Well not this old timer, I ain’t gonna be no zombie. Here are a few examples of not only pushing back against the disease but having a heck of a lot of fun in the process.

Reminiscing With My Rite Aide-De-Camp

This winter, needing a prescription filled, I waited in the parking lot on Ladies Island to collect my thoughts and revisit a cigar. I retrieved it from my car, relit, and lo and behold, spotted one Lawrence Watson working on a cigar of his own. We started talking and within seconds he had me on a new learning curve. Lawrence is African American, nearly my age, a lifelong Beaufort resident. He smiled easily, telling me how he missed the Beaufort of old, when people looked out for one another more than today, adhering more closely to the Pope’s teachings in the U.S. recently: watching out for each other, taking better care of those less fortunate. He recalled when there was so little traffic on Route 21 way back when that “you could lie down and fall asleep out there.” He remembered fondly when local neighborhoods were so safe you could leave your house open or unlocked when you went out.

A pleasant soul, Lawrence. He said he wished he could meet more people like me (jeepers, seriously?) and looked forward to seeing me again. Au contraire, Lawrence, the pleasure was mine. His niece eventually beckoned him to leave from her car, Michelle readied my prescription, and we said goodbye. A fine device-free chat was had by us.

Sales Clerks Are People, Too

Like most men, I don’t always hate to shop. Rather than simply paying the sales person and mumbling a droidy ‘have a nice day,’ I’ve begun the habit of striking up a conversation with whoever is working the register. A young Nigerian born woman at Belk, pretty and soft spoken, seemed happy to chat for a few moments. As did an older woman at T.J. Maxx, a retired school teacher who said she enjoyed working a few hours a day to stay in social circulation. She liked people, she offered, and with no other customers needing her immediate attention, we were able to speak for several minutes about life in Beaufort, life over 55, just plain life. What a concept, eh?

Our wonderful sons just came for a visit. We had delightful weather so a trip to Hunting Island seemed in order. While corpsman Greg searched the beach for treasures before eventually returning proudly to Jack and me with a fossilized shark tooth, I noticed an energetic young dog frolicking with its owners. I asked about the dog and over trundled Bianca the corpsman (hey Greg, where are you?) and Max the dog. I learned that Max is a rescued black lab/German shepherd mix, all of six months old and energetic enough to patrol the eastern seaboard. He was so eager to protect Bianca that he nearly jumped out of his fur. Alert as a squirrel after a double cappuccino (with an almond cookie). Talk about your lucky dog, Max’s owners are both Navy trained medical personnel with hearts as big as a Lowcountry oyster roast. Bianca explained their recent deployments, including a stint at Gitmo. Hooyah!

My pain management doctor’s office is a good place to start feeling better as some patients arrive in apparently worse pain than me. Last week, I struck up a conversation with Alan and Jill. He helped her in the door, the warm bond between them overt. Married nearly 40 years, they are teamed up yet again to battle her Guillain-Barré syndrome, a painful immune system disorder. Their ready ability to banter with me, staring down this rare condition, lifted my arthritis just a bit before I was called and creaked my way in to see the doctor.   There but for the grace of God…

Ryan to the Rescue

We blew a tire on the way to another doctor’s appointment in February. Within seconds, Good Samaritan Ryan Hill of South Carolina Seamless Gutters and Exteriors pulled over spontaneously to help. Took me to get a new one at Airport Tire and then installed it. Would not take a dime despite my nearly forcing money on him. He said he stopped because it was the right thing to do. Thank you again, Ryan, for your generosity… and good company!

Quick example to conclude. After a fasting blood test one morning, I stopped at Beaufort Memorial’s cafeteria. Nice hot scrambled eggs, bacon, biscuits and coffee (my cholesterol is fine, thanks). On my way out, I thanked the cook who served me, Patricia, for a delicious breakfast. Her face lit up and out spilled a gorgeous laugh and a hearty “thank you.” No, ma’am, thank you.

These kind, lovely people all made my day. I hope I did half as much for them. No zombie yet, this old dude. 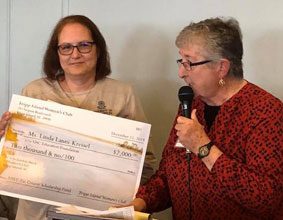 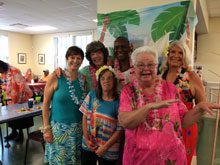 YMCA’s ‘Togetherhood’ Members Get Back More Than They Give 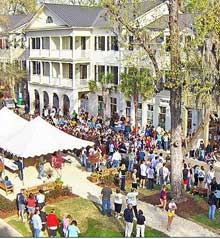