Forgetting to Remember What I Forgot 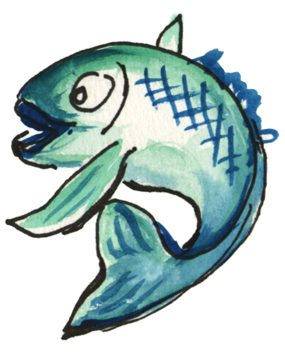 “My grandmother started walking five miles a day when she was sixty. She’s ninety-seven today and we don’t know where the hell she is.” – Ellen DeGeneres

Let’s face it, one’s ability (ok my ability at least) to remember the everyday basics of life as the years fly by can careen downhill into a forgotten art.

Sometimes I think we’re talking F-35 Lightning speed here, as in—hold on a second—oh yes, Mach 1.6 or so. Just where the heck are my car keys? What about the home maintenance folder I just created, checkbook, stuff for the dry cleaners, miscellaneous things for the Franciscans? Did we have chicken for dinner last night or was it fish and chicken was the night before? Did I take my medications this morning? Turn off the sprinkler system after all that rain? Who’s on first?

There is certainly plenty of medical and psychological research on cognitive functioning and memory loss – enough to make your head spin, and maybe that’s the point. If one’s head is spinning that would suggest that one must still have a few marbles left to spin. Enough perhaps to check out some of those studies out there.

Without getting lost in the memory research weeds, the headlines are pretty clear on aging and mental performance and they square with most peoples’ experience. And common sense. According to biochemical studies conducted at Oregon State University, for example, cognitive decline with age is a natural part of life. One writer noted that “Nearly everyone loses memory-making and cognitive abilities as they age. The process is well under way by the age of 40 [whoa, are you serious, only 40?] and picks up speed after that [back to the F-35].”

Much more encouragingly, this decline is not inevitable. According to Kathy Magnusson, a neuroscientist in the OSU Department of Biomedical Sciences, “These are biological processes, and once we fully understand what is going on, we may be able to slow or prevent it . . . There may be ways to influence it with diet, health habits, continued mental activity or even drugs.” Her advice for maintaining cognitive functioning is to keep using your brain. Break your normal routine, do things differently. Physical exercise, a good diet and social interaction are usually helpful.

With this is mind—and a desire to go fishing– I recently headed off for an engagement with our local sea trout population. The goal was simple: engage my brain and some motor skills and try to put a nice dinner on the table. Maybe catch one left handed. Trout are delicious and healthy fare, easy to fillet and fun to catch. I’ve landed hundreds and yes, probably lost nearly that many. Truth is, well, I forget how many.

Along came June 26, another lovely day. I checked a tide chart, caught a pail of mud minnows for bait and hauled them to a favorite spot. The tide was going out, it was an hour before dead low. Quiet, peaceful. The minnows went to work and I landed four beautiful trout. With the fish still biting, I figured four was enough and headed off to put them on ice.

Did I mention it was pretty warm that day? Because after icing the trout I put the bucket of fish and ice down briefly and grabbed a big cup of water. Remembering that I was a kidney stone patient, it felt nice to know this was a medically smart thing to do while providing welcome relief from the building heat. Then I ran a few errands.

Arriving home and getting out of the car, I looked to grab the bucket—a frankly grungy old thing with a broken and rusted handle—and encountered a small problem (or, as we called them at work, “issue”). The bucket wasn’t in the car. Double checking didn’t help, it just wasn’t there. “How can this be,” I muttered, visualizing that bucket and all but willing it to reappear.

For a second there, it felt like a dream. (I am forever losing things and getting lost in my dreams.) Then it got worse. I emptied my pockets and brilliantly concluded that my cell phone and tape measure were also AWOL. Ack! Time to check the car AGAIN. Nope, nothing doing pal, your stuff is somewhere else. Hmm …

Driving back to the fishing spot was productive and helped bring my blood pressure back down. Lo and behold, there was the tape measure and, better yet, the cell phone, lying right where I had put them. But what about those darned fish? Going back to the spot where I’d iced the bucket and gotten a cold drink produced . . . nothing. Oh well, I rationalized, those trout were intended to be given away anyhow and the bucket really could stand replacing. Gee, old timer, got any more brilliant thoughts?

One idea was easy, go back and catch more trout tomorrow. Which I did, practically hanging the (new) bucket of fish around my neck. Another pointed to keeping my phone in the pocket it started out in and not just using it as a timepiece! A nice cheap watch from Rite Aid fit the bill. Oh good, a corrective action plan is nearly in place.

Good corrective action plans build on the root cause of a problem so that hopefully it is prevented from happening again. Had to think about this one and memory actually served pretty well this time. I recalled a trip to Hunting Island two years ago (was it 18 months ago and where in the heck is my fishing diary?). A great friend and I dug like crazy for a couple of hours and eventually bucketed 68 clams. We toted them back to our car and put the bucket on the road right behind it. Right. Behind. It.

Then we strolled around, enjoying the scenery and exploring. Patted ourselves on the back a little too, probably. Hey, aren’t we good at living off the land? Ha! Just like they did hundreds of years ago only with good roads, cars, tide charts and a few other modern conveniences.

Home we went. Opening the trunk of my car, there was only one problem. No clams! We practically turned the car upside down but still no darned clams or the bucket. Embarrassed, we drove back to Hunting Island to where we had parked but no dice. Someone had evidently appropriated the clams.
Lesson learned? Well, don’t have too good a time fishing or clamming here and lose track of just about everything, maybe bring along a dorky checklist to compensate for fading memory skills.
Or maybe quit beating yourself up and forget the whole thing. Someone probably enjoyed the trout and the clams, we enjoyed being outdoors and doing something we love in good company.
There are a few other benefits to not taking your memory loss and everyday forgetting too seriously. Huh, what are they anyway? Maybe I wrote them down somewhere. In that special little notebook of mine. It’s here someplace, if I can just remember where . . . 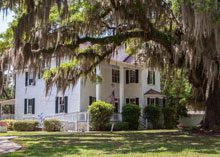 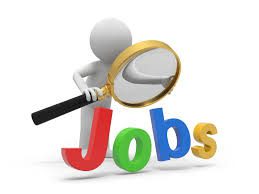 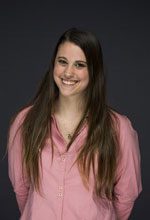