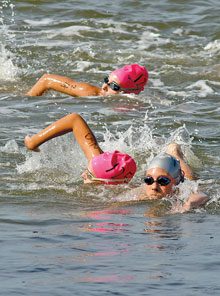 The 10th Annual Beaufort River Swim (BRS) will take place Saturday, June 11, 2016 at 9 am. Hosted by the YMCA of Beaufort County, the BRS has grown to almost 200 swimmers participating in either the competitive 3-mile open water swim or the 1-mile, non-competitive Fun Swim.

The 3-mile swim gives competitive swimmers, triathletes, high school, college and recreational fitness swimmers a chance to challenge themselves beyond the pool as they swim with the tide in the Beaufort River. The race begins at the Port Royal Marina dock and ends at the Beaufort downtown dock ramp. Plus as Pete Palmer, BRS volunteer and long-time race participant, says with a smile, “The lure of the much coveted BRS Bobble Head trophy brings swimmers back year after year.”

Palmer clarifies that the competitive swim is in fact 3.2 miles even though we refer to it as the “3-mile swim”. Palmer reiterates, “So although that extra .2 miles does not sound like much, the competitive swim is usually won in around 40 minutes, depending on whether you catch the tide perfectly or not. Most swimmers finish in just under or over an hour – so it is not for the faint of heart.” Palmer then refers to himself and quips, “But if an 80 year old can do it.”

The 1-Mile ‘Fun Swim’ allows those who are new to open water swimming the opportunity to see what it takes to swim a saltwater, tidal river but on a shorter course. “It is a great personal test to see whether you like open water swimming or not,” says Palmer. “Plus Fun Swim participants are permitted to use flippers, snorkels and the like, offering everyone the chance to get in on the fun.” The fun swim starts at the Beaufort Memorial dock and also ends at the Beaufort downtown dock ramp.

The BRS is also a fundraiser that benefits the YMCA Learn to Swim Program. According to the Centers for Disease Control and Prevention, fatal drowning is the second-leading cause of death for children ages one to 14 years old. In ethnically diverse communities, the youth drowning rate is two to three times higher than the national average, according to a USA Swimming study. Additionally nearly six out of 10 African American and Hispanic/Latino children are unable to swim, nearly twice as many as their Caucasian counterparts.

The Y Learn to Swim Program provides the financial assistance for children, families, and individuals in our community to take swimming lessons. In 2015, the Y taught over 1,500 swimming lessons with well over 700 of these being Learn to Swim program participants, who received financial assistance due in part to proceeds raised at the Beaufort River Swim.

“Educating children how to be safe around water is just as important as teaching them to look both ways before they cross the street,” said Lisa Redwine, Aquatics & Sports Director, YMCA of Beaufort County. “The Y teaches children of all ages and backgrounds that water should be fun, not feared, and this practice not only saves lives it builds confidence.”

In addition to learning lifesaving water safety skills, children can increase their physical activity by swimming. Swimming also motivates children to strive for self-improvement, teaches goal orientation and cultivates a positive mental attitude and high self-esteem. It also teaches life lessons of sport and sportsmanship, so that children can learn how to work well with teammates and coaches and how to deal with winning and losing—skills that last a lifetime.

Bluffton business owner and former Olympic and NCAA competitive swimmer, Carlton Bruner, is proud of the consistent growth the BRS as seen since its inception in 2006. “One of the fun things the committee allows me to do is make pre-race announcements before we walk down the pier,” Bruner says. “With the BRS now in its 10th year, a great thing is standing up in front of everyone and scanning the crowd seeing so many familiar faces.”

The BRS has attracted a very loyal participant list that is more than happy to support the Y and the Learn to Swim Program year after year. “I always look forward to meeting new swimmers each year and bringing them into our “River Swim Family” for the future races,” Bruner adds.

BRS swimmers competing in the 3- mile race who win their age category will go home with one of the coveted “Bobble Head’ BRS trophies, although wearing a wet suit in the 3.2-Mile swim disqualifies a swimmer from placing and receiving a trophy. “Fun Swim’ participants ARE allowed to wear a wet suit, use fins and snorkel if they like, but will not be eligible for a trophy. All swimmers in both events must be at least 13 years old and all will be swimming ‘with the tide’.

Both BRS events are also considered great training opportunities for upcoming open water races and for triathletes looking to get some experience in salt water/open water swimming. Spectators are welcome to view the race from the Downtown Beaufort Marina ramp area and waterfront park.

Swimmers can pick up their race packets on Friday, June 10 between 12 noon and 8 pm at the YMCA in Port Royal (1801 Richmond Avenue). Check-in (starting at 7:30 am on race day) for both races and event parking will be at the Downtown Beaufort Marina and all swimmers will be bused to the either the Port Royal Marina dock or Beaufort Memorial Hospital dock for the race start.

Start Time: After competitive swimmers have passed the BMH dock

More details, including a race map, waiver and event registration is online at beaufortriverswim.com or register in person at the YMCA of Beaufort County at 1801 Richmond Ave., Port Royal, SC 29935 or call 843.522.9622. 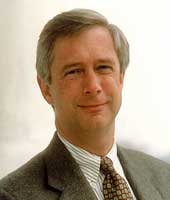 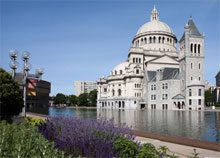 Christian Scientists Consider Meaningful Worship in a Time of Crisis 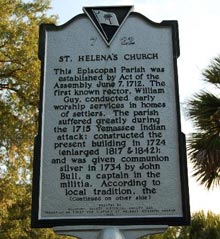 A New School, An Old Vision