I have just moved down this way from the mid-west and have happened onto what I find to be an interesting phenomenon. I’ve had a gentleman caller recently, and every so often he wanders out into the driveway and gets something out of his truck. He’s come back in with a fresh beer, a clean shirt, a tin of cookies, among other things. Just what is going on?

In Europe it’s called a manbag, in Chicago or New York it’s a briefcase, in Colorado it’s a backpack, in the South – it’s a pickup truck. It’s where they stash their stuff. At any given moment, expect there to be a cooler full of beer, a change of clothes, a gun under the front seat, a hunting jacket wadded up on the floor, some beef jerky, a couple of bottles of Gatorade, a flask of Jack in the glove box, a selection of hats, a copy of Garden & Gun magazine, a fishing rod, a toothbrush, and a whole lot of hope. You’ll get used to it; in it’s own way, it’s rather charming.

We’ve been invited to a family wedding which I’m sure will be lovely but, bless their hearts, they are making their own beer and wine for the reception. How can we take our own stash in case theirs is not drinkable? Oh, by the way, “we” number about thirty.

Stepmother of the son’s cousin.

I feel your pain. Their homemade wine and beer may be way better than lots of wedding-store-bought-cheap-let’s save-a-buck-they’ll never-know-or-have-the-guts-to-say-so wine. But in case that’s not the case (figuratively speaking) – here’s the plan. Pretend your group is in the bridesmaid mode:  get – or better yet make for yourselves (in the spirit, so to speak) of the wedding – matching bags that are color coordinated to the actual bridesmaids outfits. These bags should be constructed to fit two bottles of wine and some sort of cooling apparatus. They should also have some wonderful and big salutation like: LONG LIVE THE BRIDE – WE LOVE HER!! These bags should not be noticed for what they are, and just look like wedding banners gone vertical. Cool the bags ahead of time, don’t forget to include a corkscrew if your preferred brand is not screw top, stuff your wine inside – and be on the lookout for a glass or two or thirty – and party on. IF, however, the homemade wine is good enough – save your stash for later.

In our neighborhood there is a group of women who like to read and we often share books. Mrs. A offered to lend me one that I had been wanting to read but she was waiting for Mrs. B to return it to her. Mrs. B brought me the book, not mentioning it belonged to Mrs. A, and offered to lend it to me, but wanted to make sure I returned it to her because she wants to send it to her cousin who lives in Florida. To whom do I return the book when I’m finished? 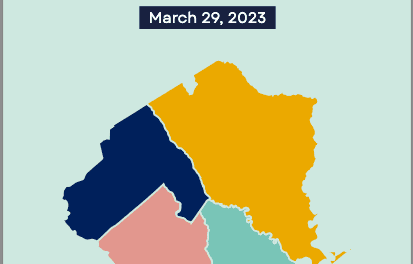 Looking Back and Forward in the New Year