A Very Pleasant Stop in Mendoza

I recently attended a wine dinner at the Saltus River Grill in downtown Beaufort. The occasion marked the end of the season for the wine club that I belong to. We were hosted at the dinner by the very busy executive chef Brian Waters and assisted by Hayley Pope. Busy or not, they both made time for us and we really appreciated their efforts.

The first course of the dinner was an appetizer called Sweet Corn Bisque. It was paired with a Lamberti Prosecco NV from Italy. Good match, that one, as the comments were very positive. The Bisque was followed up with a serving of Wood Fired Local Oysters flavored with chipotle butter, lime and cilantro. I almost passed on this course because cilantro makes me think of very unpleasant things like fingernails on a blackboard or electric shock therapy. When no one was looking, I ÃÂ¢took one for the team,ÃÂ¢ and was very pleasantly surprised. Not bad! Not bad at all. But I still hate cilantro. My dining friends were not as critical as I. They were mostly positive about the oysters and the wine pairing of Domaine Carneros Brut Rose.

The third course was very interesting and it carried some learning points, thus the Title of a Very Pleasant Stop in Mendoza. The course was a Crispy Porchetta Confit paired with a 2014 Bodega Renacer Milamore from Argentina. This wine is a blend of 45% Malbec, 40% Cabernet Sauvignon, 10% Bonarda and 5% Cabernet Franc. This is a wine I would consider innovative and exciting and vinified in the true Amarone style. It is a new world expression of a traditional Italian wine and produced using the old APPASSIMENTO technique, during which the best grapes are dried after harvest to increase their concentration. The result yields a smooth and silky wine full of raisiny aromas, velvety tannins and exquisite flavors.

The learning points that this wine presents are threefold. The first point is that the Malbec grapes are from Argentina. Therefore we know that the grapes were produced at approximately 1600 to 3200 feet in elevation. Most of the Malbec grapes from Mendoza are grown in higher elevations, which gives them greater exposure to the sun and a richer flavor. The second learning point is that the grapes were grown on vines that are 50 years old. Knowing that the vines are that old we know that the yield will be less. The grapes struggle, in an almost human-like effort, to survive; and this actually increases the concentration of flavor. The last learning point is storage. The wine is stored for one year in new French oak barrels called barriques. This is a barrel that holds approximately 59 gallons of liquid.

It took over 100 years for Mendoza to evolve from humble beginnings to what it is today. From 1850 until the mid 1890ÃÂ¢s, there were waves of immigrants from Italy, Spain and France Those that were interested in producing wine settled in the Mendoza region. They came prepared, bringing with them cuttings of Malbec, Cabernet Sauvignon and Chardonnay. Karen MacNEIL sums up the entire effort by stating it as follows: The modern Argentine wine industry came of age at the turn of the twenty-first century. After centuries of producing copious amounts of cheap quaffing wine, Argentine winemakers are increasingly focused on producing world class wine. Karen goes on to say that Malbec is ArgentinaÃÂ¢s signature grape. Nowhere else in the world does Malbec rise to such heights of quality and richness as it does in Argentina. And finally Karen pinpoints the area of Mendoza, made up of vast high altitude and step-like plains below the peaks of the Andes Mountains, where the magic takes place and superior Malbec grapes are grown.

My Bucket List includes visiting Mendoza. I wish that I had the opportunity to take in about three or four weeks of exploring.

Appassimento: A technique by which the best grapes are dried after harvest to increase their concentration

Blend: To combine two or more lots of wine in hopes of enhancing flavor, 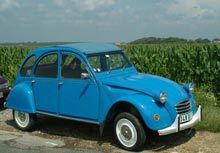 Wines ‘Til Sold Out

Cooperage: Some Thoughts About Storing Wine