Sleigh bells, snow, carols, hot chocolate, gifts . . . these are some holiday staples of course. Well, the snow, not so much. But at the Arts Center of Coastal Carolina on Hilton Head Island, the holidays are celebrated with something a little different: the opening of their latest production, 42nd Street, one of the most beloved shows of all time.

From December 4 – 29, this song-and-dance extravaganza is full of life, color and energy, making it a wonderful production for all ages, young and old, and will – at least temporarily – allow you to forget your hectic holiday to-do list, and just have two hours of non-stop fun!

Back from New York City once again, is one of the Arts Center’s most illustrious directors, Casey Colgan, wielding his unique kind of magic once again, promising to bring audiences to their feet!
This Broadway fable is the “backstage” story tracing a musical-comedy from casting call to opening night. The show-within-the-show’s Director Julian Marsh (Jeffrey Watkins) loses Dorothy Brock (Susan Powell), the headliner of his Broadway-bound show Pretty Lady, to an onstage mishap, allowing for the game but unproven, apple-cheeked Peggy Sawyer (Gabrielle Ruiz) to step into the spotlight and begin her own rise to showbiz stardom. Love is in the air as romance blooms with the slightly arrogant but infinitely likable lead Billy Lawlor (Nic Thompson) who sings, dances and charms his way into our hearts – and Peggy’s – with his “Young and Healthy” (with Ruiz) to heading up the snappy “Dames” production number.

From start to finish, there are familiar classics such as “We’re in the Money,” “Lullaby of Broadway” 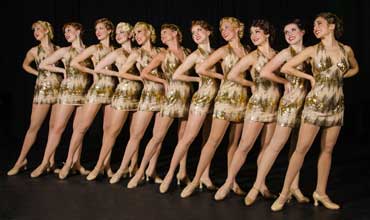 and, title song “42nd Street,” in this quintessential tap-dancing show featuring one dazzling scene after another. Choreography is by Kelli Barclay, coming to the Arts Center from New York City, who in addition to dancing on Broadway herself, worked alongside Randy Skinner on many Broadway musicals including Ain’t Broadway Grand, Irving Berlin’s White Christmas, and the revival of 42nd Street, all earning Tony nominations for Best Choreography.

The set and lighting design are both crafted by Terry Cermak, vice president of production. Adding the Colgan-signature sparkle and shine, Diana Griffin created the costume design for the show, using period designs that replicate the era of the early 30s. Music direction is by Bradley Vieth, back to the Arts Center for his seventh show, most recently having musically directed last summer’s Chicago.
Winning the 2001 Tony award for Best Revival of a Musical and the Drama Desk award for the same category, 42nd Street makes us all believe that dreams can come true!

42nd Street will be delighting audiences from December 4-29 at the Arts Center. (Remember, tickets make a fantastic holiday gift!) Tickets are $45/adult and $31/child for previews on December 4 and 5 and $55/adult and $37/child through December 29 and may be purchased online at www.artshhi.com or through the Arts Center Box Office at 843-842-ARTS (2787).

Tales of a Fourth Grade Nothing 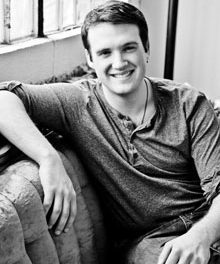 ‘Tribes’ Examines How We Communicate 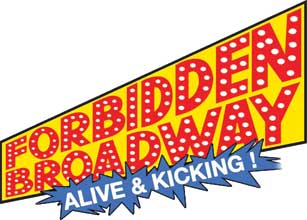