The Lowcountry Wind Symphony will be in concert on Sunday, April 17, at 4 pm at Sea Island Presbyterian Church, 81 Lady’s Island Drive in Beaufort. LWS and our Musical Director, Donald F. Jemella, invite you to join us for a great afternoon of concert band selections. Our concerts are free, but donations are always gratefully accepted.

What sets a wonderful movie or a fabulous stage production apart from all others? Memorable music, of course! That score ceates a mood, gets your feet tapping, or invites you to sing along. You cheer, laugh, and sometimes cry. As the credits roll or the curtains close, you feel a deep sense of satisfaction and fulfillment. And it’s all thanks to those incredibly talented composers and lyricists. Unlike the days of Mozart, Handel, or Beethoven, our present day composers are not dependent on the patronage of kings and queens! It’s the ticket holders who support them with trips to movie theatres, stage productions, and concert halls.

Here is a sampling of what our audiences will hear at the Lowcountry Wind Symphony Concert on April 17th:

Among the most memorable of scores is ‘Fiddler on the Roof’ with its iconic character, Tevye. As the patriarch of his family and the leader of his small Russian Jewish village, this father of five daughters is the keeper of that most important value ‘Tradition.’ Originally ‘Fiddler’ was a stage production starring Zero Mostel. Then came the movie version, which faithfully followed the story, based on the writings of Shalom Aleichem. The movie creates a great opportunity for any of our modern families to introduce the timeless story and music to our younger generations. ‘Fiddler’ will head back to Broadway for a much awaited revival in December. Audiences will agree that LWS does justice to these unforgettable melodies!

A lowdown bluesy trumpet solo kicks off selections from ‘Chicago’ as LWS heads into ‘All That Jazz.’ Chicago became an instant Broadway hit in 1975 with Gwen Verdon and Chita Rivera in the roles of the two women convicts who swore, ‘He Had it Comin’!!! This fine musical, written by Fred Eb and John Kande, with its high energy and catchy syncopated rhythms has toured all over the US. It is the longest running American musical in Broadway history, winner of six Tony Awards, a Grammy, and thousands of standing ovations. The music is just that great. No wonder LWS felt this was a must for our program.

Bet you can hum ‘Goldfinger’ as you conjure up a mental picture of that suave British secret agent 007, James Bond, tooling down the road in a sports car we wish we all owned! There have been twenty-six Bond movies in 53 years, beginning with Sean Connery in the leading role. Then came David Niven, Roger Moore, Pierce Brosnan and Daniel Craig. Among the tunes LWS will showcase are ‘Nobody Does it Better,’ ‘Live and Let Die’ and ‘Skyfall.’ You have to be with us to hum along!

The name John Williams is synonymous with musical success. He has been a highly visible and respected conductor and composer for decades. Most recently, he collaborated with director Stephen Spielberg on the film ‘War Horse’, about a boy and his horse who refused to remain separated. This drama, set in Britain during WW I, is based on real life events, and received excellent reviews. LWS plays ‘Dartmoor, 1912’ from this powerful and moving musical score. Although it is a family friendly drama, be prepared with four hankies while viewing it!

Pretend for a moment that you are the matador as LWS launches into ‘The Mask of Zoro.’ This is a film from the swashbuckling genre. Antonio Banderas portrays the aging matador returning to seek justice in this 1989 film. He insisted on performing most of his own stunts. The exciting music of composer James Horner stands on its own!

‘The Wizard of Oz’ debuted on screen in 1939. Judy Garland was the little girl from Kansas, who, with her little dog Toto, captured our hearts in song and story.  Harold Arlen’s and Yip Harburg’s wonderful music has more than stood the test of time. Dorothy and her friends, the Tin Man, the Cowardly Lion, and the Scarecrow band together to explore those most important qualities we all share – a heart, courage, and a brain. When the journey is complete, she realizes that traveling afar is wonderful, but there’s no place like home! Musical audiences, young and old, continue to love these great songs – ‘Ding, Dong, the Witch is Dead,‘ ‘If I Only Had a Brain,’ ‘The Merry Old Land of Oz’ and of course, ‘Over the Rainbow.’ Perhaps all of you grown up girls once had a pair of ruby slippers, too!

As you can see, there’s something for everybody in this wonderful family concert. The musicians of LWS, along with our Musical Director, Donald F. Jemella, First Assistant Director, Steve Giove, and Second Assistant Director, Deborah Hamner invite you to join us as we ‘Explore What’s Musically Possible’.  Come and get to know the Lowcountry Wind Symphony in concert on April 17 at 4 pm at Sea Island Presbyterian Church.

The Lowcountry Wind Symphony will move into its third season this fall, as we prepare for our annual Veterans’ Day Concert in November. We welcome those wishing to become part of the LWS Family – by placing an ad in our 2016-2017 playbill, making a contribution to support our efforts, or by playing in our group. It is not necessary to be a musician in order to support LWS! We also need non-playing volunteers to help us and would be glad to hear from you to explain these possibilities. For more information please visit our website, www.lowcountrywindsymphony.com. You may also contact Anton Ross, 843-8338-7459 or Chris Raskind, 843-838-6744. 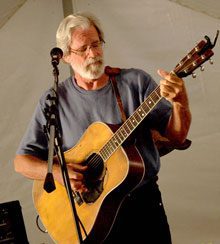 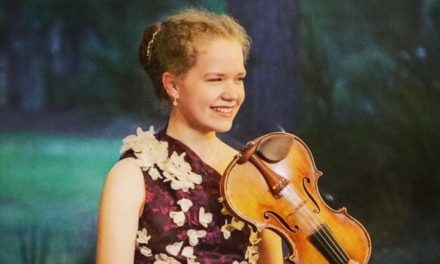 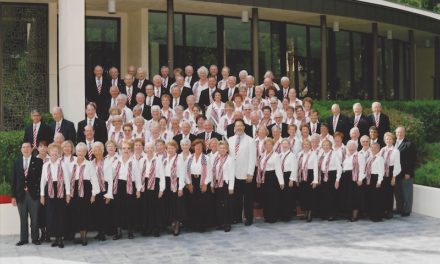