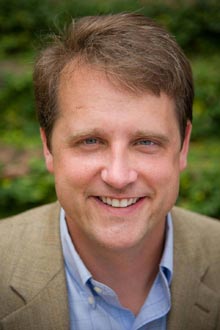 Get ready for a real treat. James Scott is coming to the Beaufort Library on June 25 to talk about his highly acclaimed new book, Target Tokyo. Mr. Scott brings award winning credentials to town. He is a former Nieman Fellow at Harvard and the author of The War Below and The Attack on the Liberty, which won the coveted Rear Admiral Samuel Eliot Morison Award.

High praise for Target Tokyo has been pouring in, and no wonder. As Pat Conroy noted on the book’s front cover, “Epic… one of the most incredible accounts of American military valor I’ve ever read.” Multiple reviewers from The Wall Street Journal to the Los Angeles Times have also weighed in early with their extremely complimentary remarks, along with dozens of customers including several sons of the Doolittle raiders.

With this latest effort, Target Tokyo vaults Mr. Scott into the upper echelons of naval if not all historians and American storytellers. While many readers have seen assorted, typically brief references to Jimmy Doolittle’s earthshaking raid on Tokyo in April of 1942, Target Tokyo brilliantly chronicles the entire sequence of events in a compelling narrative, from the agonies of Pearl Harbor through the post-war trials of Japanese war criminals that alternately gratified and stunned the world with their unheralded and unjustified leniency. Through it all, the heroism of Doolittle and his 79 fellow raiders radiates like a blast furnace.

Scott quickly demonstrates his soaring literary skills in portraying an America that was caught asleep at the switch at Pearl, but one whose government, military and public were ripe for a dramatic counterattack against Japan. As Scott makes clear, FDR, along with bombastic Chief of Naval Operations Ernest King, affable Commanding General of the U.S. Army Air Forces Henry “Hap” Arnold and their senior staff were eager to begin planning for a high profile assault on Japan’s evil war machine headquartered in Tokyo. The goal was to convince Japan, as their own naval chief Admiral Isoroku Yamamoto had warned repeatedly, that in attacking the United States they had picked a fight with precisely the wrong opponent. Once the broad outline of the effort to attack Tokyo directly crystalized, it was clear that the leader of such a starkly dangerous and high profile mission had to be cut from extraordinary cloth. Fortunately for the Allies then and all Americans today, that person stood ready to launch his team into history: brilliant, feisty Lieutenant Colonel Jimmy Doolittle.

Every ounce of Doolittle’s towering aeronautical and leadership skills, packed 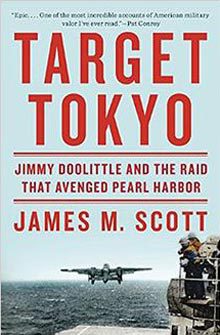 into a lean 5’4” frame, were brought to bear on the raid. The young airmen who joined the mission were all volunteers and remained committed to striking back at Japan in the face of mounting evidence that in doing so they were likely signing their own death warrants. As it happened, even after rigorous planning which included intense training and practice in the previously unheard of feat of flying fully loaded B-25 bombers off an aircraft carrier, their ship, the USS Hornet, was spotted by the Japanese hundreds of miles farther from Tokyo than had been planned. This fact alone and the early launch that it precipitated virtually assured that all 16 of the bomber crews would run out of gas and crash land if not get shot down first.

And crash land they did: fifteen in China, the predetermined destination – though not once on a designated field – and one in Russia. For anyone still breathing normally after reading about the raid itself, Scott’s description of the fate of the crews after Tokyo manages to be at once wrenching, if not stomach turning, and uplifting as the men’s valor withstood every blow. It takes a steady handed master researcher and writer to keep the reader glued to every page, every detail, every heart-stopping danger, every bomb and every shot. And the author does precisely that.

Throughout the book, Mr. Scott makes it clear that in exchange for the raiders’ heroic success and the bombing damage they dealt, including 87 dead, and the tremendous boost to American morale, the Allies paid a horrific price. While Japan wrung its hands over even the possibility that its homeland could be reached by enemy planes and outright lied when it claimed that the raiders had deliberately targeted civilians, it orchestrated massive public relations efforts which often trumped publicity efforts in the U.S. and abroad. Far worse, Japan took out the worst of its vengeance on China where over 250,000 civilians were slaughtered, often in ways nearly too vile to imagine with Nanking in the eye of this ghastly hurricane. Thus in exchange for a few hundred casualties of their own and a spray of damaged facilities, Japan murdered over a quarter million innocent human beings.

Scott’s penchant for thorough research, which took him around the globe, shows through on every page of Target Tokyo. His liberal use of direct quotes from those directly involved in the raid and those in close observance makes the entire story spring to life in vivid detail. For all intents and purposes, you are right there with Doolittle and his men from pre-mission bravura right through to the suffering and death they endured and the celebrations the survivors basked in. These were our nation’s sons, husbands, nephews, brothers and buddies. Their humanity glows throughout: “Shorty Manch appeared alongside Ted Lawson’s Ruptured Duck with a fruitcake tin in hand. ‘Hey,’ he shouted up to bombardier Bob Clever. ‘Will you-all do a fellow a big favor and carry my phonograph records under your seat? I’ll take my record-player along in my plane and we’ll meet in Chungking and have us some razz-ma-tazz.’ [flight instructor Hank] Miller stopped by as well, extending his hand for a farewell shake. I wish to hell I could go with you.’”

The raiders’ individual personalities are so artfully etched that the reader is staggered all the more at the gruesome execution of three of Doolittle’s airmen by the Japanese: Billy Farrow, Dean Hallmark, and Harold Spatz. Quotes from young Farrow’s pre-war writings are so touching, the reader almost feels as if he or she has lost a close friend. For that matter, it is nearly impossible to not feel a brotherly bond with Doolittle and each of his men. Their collective sacrifices, including those associated with intense and prolonged torture, are beyond measure.

In the end, this reader was left holding his head a little higher, even more proud if that is even possible, of our one and only “greatest generation.” Their story, a flight to eternity, is one for the ages. Target Tokyo will ensure that the remarkable legacy of Jimmy Doolittle’s raiders endures.

James Scott lives with his wife and two children in Charleston, SC. Along with his book awards, he was named the 2003 Journalist of the Year by the South Carolina Press Association and is an excellent speaker. Scott will give a talk and sign books at the downtown branch of the Beaufort Library on Thursday, June 25 from 3 – 5 pm. For more information, visit www.jamesmscott.com. 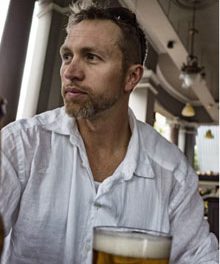 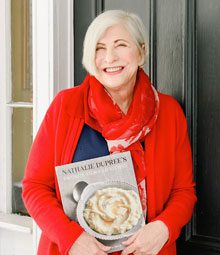 The Queen of Southern Cuisine 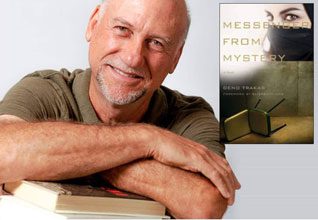 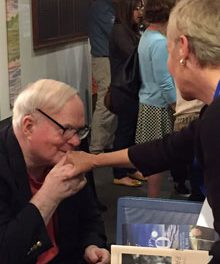