Through the Eyes of the Artist

On August 8th, the Red Piano Too Art Gallery is hosting its 17th Annual Summer Show, 2009—a show that invites all of the approximately 160 artists exhibiting in the gallery and the public to come together for one gala event.  This year the theme is “The Lowcountry: Through the Eyes of the Artist.”

Gallery owner, Mary Mack said, “In searching for a theme for this year, I thought of what the Lowcountry represents for me personally… I have always felt that the Lowcountry landscape and its native people characterize a unique slice of American History.  I am interested to see how the various artists develop the theme based on their individual impressions. I think the biggest challenge any artist attempting to capture the Lowcountry essence faces is how to delineate which aspects to focus on at a particular time—how to decide between the shrimp boats, the antebellum homes, the shore birds, the golden marshes, the ocean waves, the special trees and flowers, the marsh tackys, the seashells, the fish, the crabs, the tabby structures, the historic ruins, the historic churches, the uniqueness that is Penn Center, the lighthouses, the seaside golf courses, the sweetgrass weavers and their baskets, the colorful quilts, the colored and white wash separated on clotheslines and oh, the people in all of their Lowcountry uniqueness.”

In keeping with the practice of having a “Featured Artist” for the show, Lowcountry native Johnnie Griner, whose work exemplifies this year’s theme, seemed a natural choice for the 2009 honor.
Griner, age 43, was born in Walterboro, South Carolina.  He moved to Grays, S.C. at a young age where he spent his days shining shoes in his father’s barbershop “to make money for toys”.  He realized his skill for drawing and painting in his teen years and has been creating since that time. Griner previously made a living in the landscaping business but his first love has always rested in the arts.  He now focuses his time freely to painting for which his passion has only grown.  He hopes that everyone will enjoy his pieces as much as he has enjoyed the journey in creating them.
{mosimage} Professionally, Griner had his start in the Red Piano Too Art Gallery where he began exhibiting about two years ago.  Almost all of his paintings sold on opening day of a solo exhibit at the Red Piano Too, and he remains a constant favorite with gallery clients.  Since that time he has been in a number of group exhibits.  In his first juried show he earned the 2nd Place Blue Ribbon at Penn Center’s Heritage Days Emerging Artist Show.  He was the “Featured Artist” for the Yemassee Revitalization Corporation Project and his art was used on the T-shirt for that event.  He was also the “Featured Artist” for the Beaufort Black Chamber of Commerce Art Show held during the 2009 Gullah Festival.
Griner is in private collections throughout the nation as well as in collections in England and Europe.  Over the past two years he has sold more than two hundred paintings.  One customer purchased six (6) paintings at one show.  According to the Red Piano Too Art Gallery’s curator, Victoria Smalls, “Johnnie is not just a well liked artist.  He is a well-liked and respected individual.  He is always very concerned about the thoughts and feelings of other people and having him as a friend is a real bonus in our relationship.”
The 17th Annual Summer Show will be on August 8th, 2009 starting at 1:00PM – 5:00PM at the Red Piano Too Art Gallery, 870 Sea Island Parkway, St. Helena Island, SC.  The Summer Show exhibit will run throughout the remainder of the summer. For more information please call or contact us at  (843) 838-2241 or RedPianoToo@islc.net. 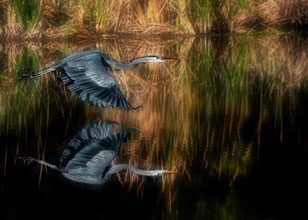 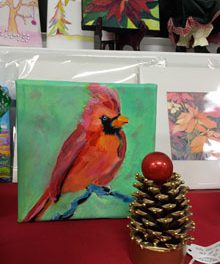