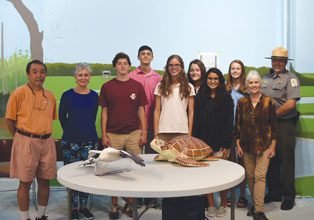 Hunting Island’s Visitor Center is undergoing a complete transformation over the next year. To kick off the initial work, six Beaufort Academy art students from teacher Paula Quinn’s class came to the park last week to see the sketches and meet the artists. Aki Kato, who has spent his whole life working as an artist, is painting a complete surround mural depicting the various ecologies of the island, including the salt marsh, the maritime forest, the dunes, the beach, and the ocean. The skies and landscapes will include many of the plants and animals that live on the island. Aki will complete the murals in about 5 months.

Classically-trained Kelly Richard is a Hilton Head Island sculptor who works in papier mache—not the papier mache we remember from school days, but a mushy material she calls mud made from paper that can be molded into exact replicas of the creatures she represents. These will be nearly life-sized models and will be flying into the room or perch on a tree–all integrated with Aki Kato’s murals.

In addition, the room will house a theater for longer films, and a touch screen display presenting 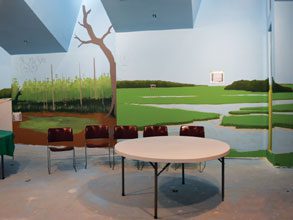 five short videos about important features of the island: The Lighthouse, The Turtles of Hunting Island, The History of Hunting Island, Barrier Island Ecology, and the Civilian Conservation Core Builds the Harbor River Swing Bridge.

To commemorate the swing bridge built by the Civilian Conservation Corps that connected Hunting Island with Saint Helena Island, Merlin Redfern, a former Friends of Hunting Island board member, architect, and builder, is constructing a scale model of the bridge. The model will open and close using the actual lever and lights from the bridge’s wheelhouse. For the next few years, until the bridge is replaced, a temporary lever will be used.

The second year, additional displays will be added to the room, including a virtual lighthouse so those who cannot climb to the top can see the 360-degree view.

Visitors are welcome to watch the transformation by viewing the changes through the glass doors from the lobby; or, on Tuesdays from 2-3, Aki Kato will welcome visitors into the main room to see the progress of his work and ask him questions. 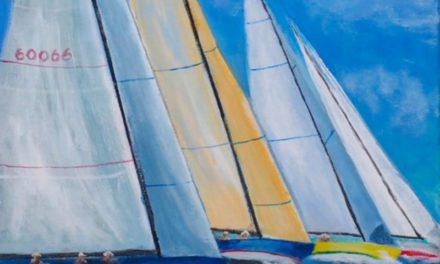