Fall Color first place winners were Carol Alexander (Novice) for “October Pumpkin,” Fran Baer (Intermediate) for “Welcome to No. 14,” and Vicky Levy (Advanced) for “Pretty Pumpkin.”
In the black and white category Bob Zier won first prize for his “Empty Cottage.”
Other Fall Color prize winners included Hugh O’Connor (Novice) for “Fall Colors,” Denny Baer (Intermediate) for “Pumpkin Patch,” Kathy Newman (Intermediate) for “Savannah Stairs,” and Pam Bredin (Advanced) for “Squashed Sqash.”
Other winners in the black & white category were Heather Sons for “Sunset on the May River,” “Margaret Palmer for “Ben in His Garden,” and Fran Baer for “Gamecock of HH.”

The People Have Spoken…

Winners have been selected in the People’s Choice Awards of the Camera Club of Hilton Head’s sixth annual photo exhibit, following 10 days of voting at the Hilton Head Public Library.
Some 277 votes were cast to choose the club’s best of 110 photos on display since September 24. The show runs through November 3rd.
Chairman of the show was Don Nelson.
Juergen Theissen won both first and second place ribbons with his dramatic photos “Venetian Mask” and “Sunset Over Skull Creek.” Thiessen also won first place in last year’s contest.
Third place went to Paul Wood for his “Kissing Cardinals.” Dianne Faucette won Honorable Mention for her beautiful “Deer Reflection,” and Bob Ovalman won an Honorable Mention for his colorful shot “Burano, Italy.”
For more information, visit www.cchhi.org 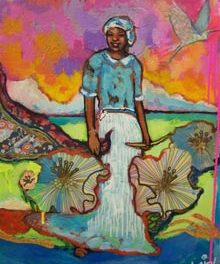 The ‘Summertime’ of Amiri Farris 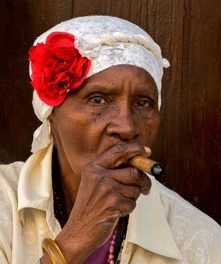 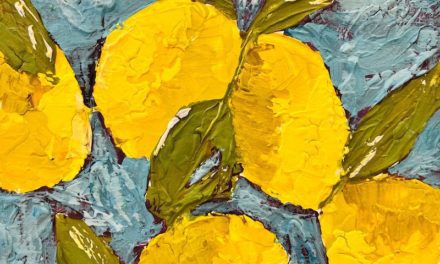