The Red Piano Too Art Gallery is exhibiting a collection of paintings by self-taught Georgia artist, Kyle Shiver during the month of April with an opening reception on April 5.  One morning in February 2007, Kyle Shiver aka “Georgia Kyle” awoke with a compelling urge to “paint”.

“I woke up with this overwhelming feeling that I had to paint something.”  A lifelong musician, “Georgia Kyle” Shiver’s journey into the art world was naturally through music.  Drawn to blues folk art, Kyle decided to try his hand at painting Blues Musicians and enjoyed the creative expression he found there.  Initially drawn to painting on non-traditional materials, his first pieces were on found objects.  He has since moved on to wood and cardboard with the occasional painting on canvas.
Most of his paintings are homage’s to the traditional Blues Greats whose music he admires, such as Blind Willie Mc Tell and Robert Johnson.  He does however paint abstracts and portraits—images that he believes are already present; he simply makes them visible to the human eye.  He draws inspiration from other folk artists, musicians and the invisible images inherent in the wood or other material he paints on.  “These paintings are all inside of me—I just take a brush and canvas to let them out.”  “I can get totally lost in these creations.”
After he started painting Kyle sought opportunities to talk with other artists about their work.  Through this process he met folk artist, Irene Tison.  Tison suggested he contact The Red Piano Too Art Gallery on St. Helena Island where she exhibits.   Within a week of their conversation his work was hanging in the gallery—now about a year later he is having his first “show.”  For this show he has created about twenty-five works of art.  The artist says “These are heady times—I have a new baby girl, my art is hanging in a folk art gallery, and I am playing the music that I love; it doesn’t get much better then that.”
A self-taught artist, as well as an accomplished musician “Georgia Kyle” continues his night job as an American musician playing a new music that is called MARSHGRASS around Savannah, Georgia.   This music is a mixture of old country, blues and bluegrass.
The Red Piano Too’s Victoria Smalls says, “We’ve been encouraging Kyle to add some music to his gallery opening.”  Musician/ Artist, Richard White is looking at “hooking up some guys to jam with him.”
The exhibit begins April 5, 2008 with a reception from 1:00 p.m.- 5:00 p.m.  It promises to be an exciting afternoon of music and art.
The Red Piano Too Art Gallery is located at 870 Sea Island Parkway on St. Helena Island, SC. For additional information call 843-838-2241. 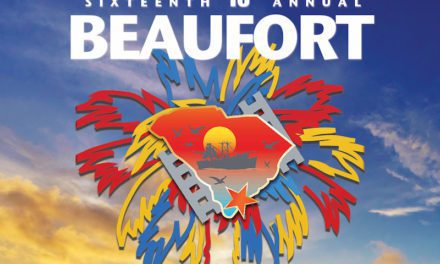 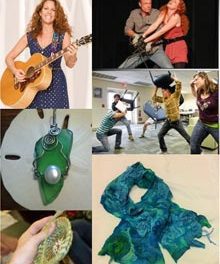 Make it, learn it, or improve it at ARTworks!