Remember when you first got email?

No? Then you’re probably much younger than I. More and more people are these days. But verily I tell you, children, there was a time when email simply didn’t exist… when humans were limited to painfully primitive channels of communication like the telephone, the fax machine, and an ancient priesthood of intrepid message-bearers called the US Postal Service.

At the time, we didn’t know how bad we had it! It was only in retrospect that we wondered how our race had ever survived those dark days of isolation, prolonged contemplation, and – worst of all – delayed gratification.

With the advent of email, we could suddenly reach out to anybody, at any time, as soon as the spirit moved us! Of course, we could already do that via telephone, but now, we could do it at 3:00 am, after a night of fretting or fuming – or drinking! – without the fear of waking (or actually having to speak to) our intended addressee. And the best part? If we were on the receiving end of such a missive, we didn’t have to respond ‘til we were good and ready… if ever. (“What? I never got that email!”) Instead of stammering uncomfortably – and unprepared – through unexpected phone calls that violated our peace at all hours, we could now craft clever/cool/sweet/officious responses – whatever the occasion called for – at our leisure, with precision and care. We could create whole new personas for ourselves! (Personae?)

On the professional front, email transformed our lives. We could dash off memos to our office mates and send them out immediately – no printing or distributing! – and communicate less awkwardly with unfamiliar contacts outside our office. Fewer meetings were necessary, the phone stopped ringing off the hook, and there was much less paper to deal with. Believe it or not, children, “inbox” once referred to a plastic container holding a bottomless stack of paperwork. It resided on our desktops (our actual desktops, not our computer ones), silently judging us with a withering passive aggression. In those unenlightened days, the very sight of my inbox was a constant source of anxiety. Email changed all that!

Or so I thought. It was all an illusion. But more on that, later.

My husband and I conducted much of our early courtship through email. We’d met “in person” at a business lunch, and had had a couple of dates, but he lived on Hilton Head and I lived in Beaufort, so Outlook Express was our friend. This was about 15 years ago, when email was just coming into its own. (It had been around for a while, but only as an exotic rumor – a feat of futuristic, Star Trekian magic that you’d heard about, but probably hadn’t experienced. ‘Til now.) Jeff and I would sit in our respective offices, on our respective sides of the Broad River, neglecting our work while sending playful notes back and forth. In those early days, we made long lists of our Favorite Things and exchanged them via email. I remember his lists included “Sentimental Mood” by Sonny Rollins, “Melissa” by the Allman Brothers, and seared tuna. My lists probably featured some poems by Gerard Manley Hopkins, the musicals of Rodgers and Hammerstein, and homegrown tomatoes – but I honestly can’t remember. Even now, it makes me smile to think about those days of shy revelation and mutual infatuation. I wish I still had those old emails.

Back then, everybody had dial-up service – if you were online at all – so things didn’t move nearly as quickly as they do today. As a result, email wasn’t nearly as ubiquitous. I remember the excitement of hearing that telltale “ding” signifying the arrival of a new correspondence! Who could it be? A friend inviting me out to lunch? A colleague with an interesting new project to discuss? Maybe a press release that I could turn into a great story for Beaufort Magazine (my employer at the time)? What wondrous surprise had just come into my otherwise ho-hum existence?! For that brief, pre-click moment, the possibilities were limitless! And if I was lucky, those moments happened several times a day . . .

I remember checking my inbox periodically, just to make sure I hadn’t missed a “ding.” If, perchance, a new email had snuck in without my notice, I pounced on it immediately. It was almost always something good! Those were heady times; I thought my romance with email would never end.

But nothing lasts forever. Fast forward 15 years, and the relationship is toxic. The honeymoon’s over. The thrill is gone. At some point, email started coming on too strong … pursuing me with too much vigor. At first, I was flattered… overwhelmed by all the attention. But soon, “overwhelmed” became “exhausted” and, eventually, I just lost interest. (A girl is wont to do that when a suitor’s trying too hard.) I keep my “ding” turned down now, and the sight of my inbox fills me with a low-grade dread. But, alas, I can’t break off the relationship. I have needs.

Email, I wish I knew how to quit you.

While toying with this column, I came across an article in the New York Times that spoke to exactly what I’d been thinking. The title? “Life’s Too Short for So Much Email.” The beginning’s so great, I have to share it:

“Just thinking about my email in-box makes me sad.

“This month alone, I received more than 6,000 emails. That doesn’t include spam, notifications or daily deals, either. With all those messages, I have no desire to respond to even a fraction of them. I can just picture my tombstone: Here lies Nick Bilton, who responded to thousands of emails a month. May he rest in peace.”

Oh, Nick. I feel your pain. I don’t even know what you do for a living, but since you’re writing in the “Tech” section of the Times, I assume it’s something… techy. And writerly. And if, by chance, you’re an editor, like me, you depend on your email for all sorts of things – from press releases to digital artwork to correspondence and beyond. In most professions, in fact, email is not just a nicety, it’s a necessity. It wormed its way in, all charm and convenience, made sure we couldn’t live without it… then became a boor. And a bore.

As we all know, too much of a good thing is a bad thing… and the more email we get, the less email we want. It’s the simple law of supply and demand. The over-abundance of email in our daily lives – I’m assuming it’s not just mine and Nick’s – has deeply devalued the brand.

According to the article in the Times, a 2010 survey found that corporate employees received an average of 105 emails a day. I’ll bet editors – even small town editors – receive more. I have a couple of email addresses – one personal, one professional – but they all lead to the same inbox. That inbox lives on my home computer – where I both work and play – wreaking subtle havoc on my psyche… and my marriage. My husband, who once sent love notes to an inbox that never contained more than 10 items, is enraged – or, at best, highly annoyed – every time he sits down at my computer, where I tend to have over 1000 unread messages taunting me at any given time. Yes, you read that right. And no, I have no excuse. But for every unread message in my inbox, there are at least three that I opened and dealt with. Unless something’s pure junk – and I get a lot of pure junk – I will get around to it. Eventually.

But, how I miss those early days… the wonder years before email – and I – became the old ball and chain. 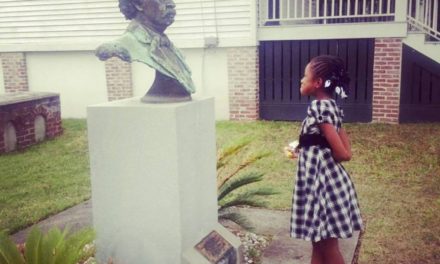 Blessed Are the Pure of Art

Back to The Book