The article examined a recent study by political scientists at Louisiana State University and the University of Maryland called “Lethal Mass Partisanship.” The study found that just over 42 percent of Americans in each major political party view those in the opposition party as “downright evil.” Not “well-meaning but misguided,” not “nice enough but stupid,” not even “totally ridiculous, embarrassing and power-crazed.” Nope, they were asked to endorse the phrase “downright evil.” And over 42 percent – in both parties – did so. To translate that into real numbers, 48.8 million people out of the 136.7 million who voted in 2016 believe the other guys are “downright evil.”

This seems bad, doesn’t it? What can we do about this worsening partisan hostility? Who can rescue us from this dangerous dynamic?

Well, don’t look to the most knowledgeable, sophisticated voters, says the New York Times. As counter-intuitive as it may seem – and it did to me – another new study cited finds that the most well-informed voters are by far the most stubborn, orthodox partisans. And that goes for both parties.

In “Understanding Partisan Cue Receptivity,” professors at the Amsterdam School of Communication Research, the University of Pennsylvania, and Yeshiva University have found that “knowledgeable, politically engaged voters are . . . the most willing to accept policy positions endorsed by their party.” And, here’s the kicker: “They are doing so not out of principle, but to affirm their identity as a Democrat or Republican. They are expressing the desire to reach conclusions that are consistent with a valued identity.”

According to the study, these high-information voters are more willing than others to adopt a policy position “not out of conviction but out of a desire to conform to partisan priorities,” reflecting a strong urge “to bolster and protect valued political identities by expressing and rationalizing the viewpoints cued to be consistent with these identities.”

If this sounds like heady stuff – as in “brainy” – it’s really not. In fact, it’s actually more hearty than heady. The overall gist is that when it comes to politics, even the most educated people are driven mainly by emotion, not reason. They’re just better than everybody else at rationalizing – i.e. using reason to make arguments that shore up their political identity. Which is just a modern-day, gussied-up way of saying “tribal identity.” Which has almost nothing to do with logic and almost everything to do with feelings.

If none of this is making sense, I urge you to Google Edsall’s article, then read The Righteous Mind: Why Good People are Divided by Politics and Religion, by social psychologist Jonathan Haidt. We’ve gotta get this figured out, y’all. Before we kill each other.

Our tribal impulses are deeply imbedded in our human DNA; we’re literally driven to sort ourselves into in-group/out-group configurations. It’s how we get things done, but it can also be our undoing. Throughout most of the 20th century, America faced outside threats that kept us feeling, generally, like one big in-group: World War I, World War II, and the Cold War. Also, our two political parties were far less ideological then, with conservatives and liberals in each party – a crosshatching that kept the two groups from feeling like mortal, and moral, enemies.

None of this is true anymore. Today, we Americans have turned our tribal impulses against each other, channeling them into our ever-more-heated political disputes which, if there’s any truth to the studies referenced above, could boil over into violence any minute now.

We were discussing the Times article on my Facebook page the other day, and a highly-engaged Republican friend commented, “I’m tired of the psychoanalysis. The socialists ARE going to destroy this country. That is a serious and real eventuality. It ultimately comes down to Good vs. Evil. It doesn’t matter what opinions people have about one another. The evidence and facts clearly show that socialism and its outcomes are, in fact, evil.”

My reply: “You lend support to one of the article’s most interesting claims – that the smartest, most well-informed people are also the most devoted to their partisan ideology. Not a bad thing if your ideology is correct.” (I should have added that the smartest, most well-informed Democrats are equally convinced that their ideology is correct.) “I actually think it does matter what opinions people have about one another,” I continued, “especially if those opinions are so negative that partisan violence and even death seem like viable options to a growing percentage of Americans on both sides of the divide.”

A friend who’s an enthusiastic Democrat chimed in to complain that the article “seems to overlook that the White House is a persistent source of, if not pure hatred itself, then its most nourishing fodder.”

It’s hard to disagree with that, though I will forever believe that Trump is more effect than cause. These tribal divisions were ramping up long before his unlikely rise to the presidency, a rise propelled, in no small part, by Americans who’d long felt marginalized, maligned and misrepresented by the cultural powers-that-be.

The New York Times is a perfect example of those “powers.” The photograph the editors chose to illustrate this article (see my first paragraph) leads one to believe the piece will be all about those crazy Republicans and their “hate,” when, in reality, Republicans come off looking a good bit better than Democrats in the cited study. I doubt the editor thought twice about using that misleading photograph – probably just went with his gut – but after a while, enough of those “gut decisions” can pile up into a mountain of resentment.

The New York Times’ choice of that photograph just reinforces – again – the study’s finding that the most well-informed among us often cling most tightly to our political identities, even to the point of blindness and accidental provocation. Perhaps I’m naïve and delusional believing in accidents – or mutual understanding, or partisan compromise – but I’m a centrist, and I guess I’m clinging to my identity, too.

I don’t have any answers here. Do you? A friend reminded me that all we need is love. As if that were some small thing. 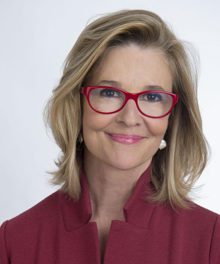 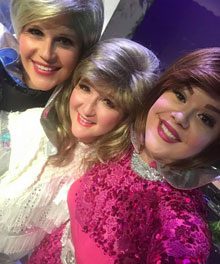