For the English Majors

Last Saturday, the Washington Post grabbed me with the following headline: The world’s top economists just made the case for why we still need English majors.

Yes! The outlook for me and “my kind” has been grim for quite some time now – English majors are down a whopping 25.5 % since the Great Recession of 2008 – so, naturally, I was excited.

Reading on, it became clear the article was addressing humanities students in general – we English majors tend to be the go-to exemplars of that hapless breed – and the popular perception that STEM (science, technology, engineering and math) is the only smart path for young people hoping to get a good job straight out of college. We’ve been hearing this spiel for years now, and the notion has certainly taken root. However…

“As humanities majors slump to the lowest level in decades, calls are coming from surprising places for a revival,” writes WaPo reporter Heather Long. “Some prominent economists are making the case for why it still makes a lot of sense to major (or at least take classes) in humanities . . .”

Take, for instance, Nobel Prize winning economist Robert Shiller. In his new book Narrative Economics, he reminisces about an enlightening history class he took as an undergraduate. He says what he learned in that class was far more useful to understanding the economic dynamics of The Great Depression than anything he learned in his economics courses.

“Traditional economic approaches fail to examine the role of public beliefs in major economic events — that is, narrative,” Shiller writes. “Economists can best advance their science by developing and incorporating into it the art of narrative economics.”

“The whole premise of Shiller’s book is that stories matter,” says Heather Long in the WaPo. She fleshes out that thesis, then even sweetens the argument by concluding that humanities majors, despite starting at lower salaries, tend to catch up with STEM majors by the time they all hit 40.

After I finished this article, I kept thinking about its big idea – that stories matter, and matter a lot – as I went through the rest of my Saturday, which was uncharacteristically busy.

First, I drove out to Palmetto Bluff in the pouring rain – cursing my fate all the way there – to sit on a panel sponsored by the Pat Conroy Literary Center. There I joined David Lauderdale, Bernie Schein, and Aida Rogers to talk about State of the Heart: South Carolina Writers on the Places They Love, a collection of essays to which we’d all contributed.

We sat together in the conservancy classroom at Moreland Village, a rustic space where the walls are mostly windows – the rain coming down on the marsh behind us, and all around us – and we told stories. And people listened to those stories with rapt attention, as if their very lives depended on it. Their faces were so beautiful as they listened. It was magic. Love was in the air.

Afterwards, I drove home through the rain, far happier than I’d been on the way over; but I was also exhausted, and I had miles to go before I slept.

An hour later, I was in “fancy dress” on my way to Night on the Sound, the annual fundraising gala for the Port Royal Sound Foundation. Typically, this giant dinner party happens under a palatial tent behind the Maritime Center on Lemon Island.  But remember that rain I mentioned? It was still coming down hard. Tropical Storm Nestor was the uninvited guest that night, and he had now added heavy wind gusts to his repertoire. A palatial tent is still just a tent, so the whole event had been moved at the last minute into the Maritime Center, where, frankly, there was room for about half of us.

I milled about during cocktail hour, literally rubbing shoulders (and other body parts) with my fellow party-goers, wondering how the Foundation was possibly going to pull this off – bless their hearts – and also how I could possibly be this hot while wearing spaghetti straps.

Jeff and I managed to squeeze into the last two chairs at one of the tables they’d managed to squeeze into the Maritime Center. Our tightly packed tablemates were doing their best to put on happy faces as the heroic servers bobbed and weaved through the crowd, dinner plates held aloft, valiantly keeping the surf from hitting the turf. But the men were doffing their jackets and loosening their ties, the women were putting their hair up and powdering their noses. (This was not the flattering, candlelit ambiance we ladies had anticipated.) It was noisy and confusing and not very gala-like, and despite our best efforts, we natives were restless.

The event’s keynote speaker – back by popular demand – was Dr. Robert Ballard, the famous oceanographer who made his splash by finding the remains of the Titanic. Dr. Ballard took that stormy night by storm, striding through the rooms of the Maritime Center like a force of nature – walking and talking with a body mic – and before he’d finished his presentation, we’d forgotten to be uncomfortable.

Now, Dr. Ballard is a very serious scientist – he has a PhD in marine geology and geophysics – but when he speaks to a crowd, he doesn’t lecture. He doesn’t drone on about his subject, regaling you with arcane jargon or dry statistics. He tells stories. Riveting stories that make his listeners fall in love with the earth and the ocean and the entire universe.

And, okay, with him a little bit, too, but that’s not the point.

The point is that somebody like Robert Ballard knows that the key to education is fascination. And to fascinate people – to truly make them care about something – you have to tell them a story.

I don’t know why that is, exactly. Maybe it’s in our DNA. After all, we’ve been telling stories since we could build campfires . . .  and probably even before that. All I know is that it’s true.

If I wanted to write a different, more provocative column, I could talk about the way stories (aka “narratives”) propel our political life, too, and how your typical English major learns to read between the lines of these stories – and to identify “unreliable narrators.” But that’s not the column I want to write today. I can use my words to bring peace, love and understanding into the world . . . or trouble, division, and outrage. The choice is always mine.

(As an English major, you learn to be pretty good with words, but you don’t necessarily learn to be good. That, you have to work on.)

Am I suggesting we should all be English majors? Heck no. I’m just suggesting that a computer science major might want to study a little Shakespeare on the side. An engineering major might consider a minor in history. A business major could benefit from a course in religion.

The study of stories – how to tell them, how to interpret them, how to appreciate them – isn’t a frivolous thing. It’s not just something to do for fun or “feels.” Stories are how we best communicate. They’re how we understand the world, how we help the world understand us. Stories transcend “the humanities.” They are, in fact, at the very heart of our humanity.

But don’t take it from an English major. Ask an economist.

To Fall, With Love 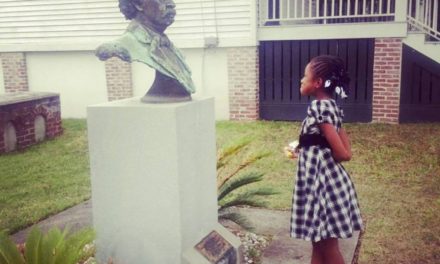