Eons ago, Greek philosopher Socrates proffered that “To know thyself is the beginning of wisdom.” Sounds easy enough. L. Frank Baum agreed in 1900 when he co-wrote The Wonderful Wizard of Oz. Remember his message? That you already have answers to all your questions inside you, especially those big-sucker life puzzles.

And unlike the Scarecrow, the Tin Man, and the Cowardly Lion, you came equipped with a thinking brain, a beating heart capable of love in many forms, and more courage than you sometimes imagine. Seems the tough part is realizing that you must know and believe in yourself in order to gain access to those answers.

Recently, I was reminded of Baum’s wisdom when I attended the Beaufort Children’s Theatre’s production of the Young Performers’ Edition of this classic play at the USCB Center for the Arts. To digress briefly, the show was simply terrific, from its casting, to its acting and singing, the whole shebang was nothing short of professional and garnered a standing ovation from a Saturday night crowd. Okay, a lot of those folks were friends and relatives of the cast, but it honestly was thatgood.

As was reassurance that no matter how confusing things may look on the outside, we can trust our inner guide – our gut response – to handle anything that comes down the pike…or the Yellow Brick Road, as the case may be. We can know that, if a situation doesn’t feel right or if we have an instinct that someone is giving us false information, our innards are probably raising red flags we need to pay attention to, at least long enough to find our own version of the truth. The thing is, we must first know ourselves before we can trust our intuition.

In the movie and play, all Dorothy wanted was to go home to her Auntie Em and Uncle Henry’s farm in Kansas after a tornado had transported her to the Land of Oz, with its welcoming inhabitants, including a lovely good witch, tiny Munchkins, and the Wicked Witch and her Flying Monkeys, the same creepy creatures that scared the fire out of me at the age of eight, when my aunt took me to see my first movie ever. I had nightmares about those evil primates. At any rate all Dorothy had to do was to click her ruby-slipper-clad heels together three times while saying, “There’s no place like home…There’s no place like home…There’s no place like home.” And voila! She awakened in her own bed with her beloved aunt, uncle, and pup Toto by her side…and quite a bump on her noggin. The plucky girl’s answer to reaching her desired destination had been with her all along.

Dorothy’s adventure reminds me of one of my own many years ago, not to Oz but to Marblehead Harbor, on the Massachusetts coast. And thank goodness I was transported there by a yellow VW Squareback, and not a Kansas farmhouse! That lovely seaside town was yet another of the myriad destinations I scuttled off to from my home in Kentucky in search of my own answers to those aforementioned life questions that can seem insurmountable. Especially to one who has yet to address her fear of making the journey inside herself to get to know the person she once was, is now, and is capable of becoming in the future onlyifshe undertakes that particular “heroine’s path.” The quest is within. No one else can do it for you.

Lofty language that, but experience has taught me its age-old truth.

During my junior-high years, my mother insisted I take ballroom dance lessons so I’d be ready for sock-hops to come. Not only painfully shy but taller than most of the boys in my class by sixth grade, I attended those classes under protest, dressed in my Sunday best, plus wrist-bone-length white gloves. Sadly, the class had one girl too many, and the tall girl – moi – had to dance the boy’s part, i.e. the lead, unfortunate training that took years and finally, a patient boyfriend, to rectify. I remember being terrified prior to every real dance. Ever encouraging, my mother always said, “Just be yourself,” as she sent me off to a dreaded fate. Mom could’ve been speaking Swahili. I’d no clue what she meant, and wouldn’t know for years.

Turns out, self-knowledge has been a tricky issue for centuries, and not just for me.

Here’s Benjamin Franklin’s take: “There are three things extremely hard: steel, a diamond, and to know one’s self.”

St. Augustine said, “People travel to wonder at the height of mountains, at the huge waves of the sea, at the long courses of rivers, at the vast compass of the ocean, at the circular motion of the stars; and they pass themselves without wondering.”

My personal fave is from Johann Wolfgang von Goethe – “Know thyself? If I knew myself, I would run away.”

I favor the latter because it’s funny, but mostly because running away is exactly what I did. For years. It’s called “the geographic cure.” If things don’t work out wherever you happen to be living, well then just move yourself to another spot. Surely, all will be better there. But that never seemed to be the case. Problem was, the common denominator in the “not working out” kept being me.

The aforementioned Marblehead Harbor was the last in a series of map-hopping escapes from taking a good, hard look at myself, preferably with help from someone older and far wiser than me. To explore a bit of my past, to take an honest assessment of my inner workings and then to perhaps determine a possible viable life direction based on my findings. What a concept. Seems logical and fairly easy. Unless, of course, you haven’t a clue how to stop running. Which I did not.

In brief, I traveled to Marblehead Harbor, landed a job at the Salem Evening News – whose logo is a witch riding a broom…in Oz, perhaps? – and scored an ocean-view room in a beautiful old home with three other savvy single gals. All I had to do was return to Kentucky, pack my things and return to New England to start a new life. Again. Fortunately, my body/mind/spirit finally said an emphatic Noin the form of my first and only panic attack.

After a week spent with dear older, way-wiser Vermont cousins, I cancelled the job and room and chugged back to the Bluegrass to begin my inner work in earnest. Turns out that particular assignment requires an open mind and lasts a lifetime. Once you’ve begun the process of “looking within” and learned to accept even the parts of your personality and/or past that aren’t pretty, you’ve laid the groundwork for self-trust. And the pieces of those life puzzles begin to make sense and practically glide into place.

Once you know yourself, Oz can be a cool place for the occasional visit. 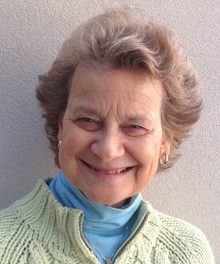