Life circumstances spared me the experience of heart-deep grief until I’d completed my university degree, and equal measures of courage and foolhardiness led me to become a Thoroughbred exercise rider for several years. In Saratoga a woman with whom I worked and shared a house became a good friend.

After that racing season, we went separate ways, she to Arlington Park to gallop her trainer husband’s horses, and I to a desk job in the Kentucky horse business. Sharing the same taste in books, we’d exchange our favorites through the mail in “brown paper packages tied up with strings.” I always looked forward to the mailman surprising me with a new read.

One day through the racetrack grapevine, I heard she’d been killed on the track. I grew sad but didn’t feel much else. That sadness emerged again when my mailbox remained bookless. But I hadn’t attended a funeral nor spoken with any mutual friends about this. I’d had no closure.

Until her husband brought his racehorses to Kentucky and called me. “KB,” he said, “it’s Calvin.” And with those words, the truth of that loss hit my heart like an arrow. Trying not to blubber into the phone, I listened to the details of her death. He’d admonished her over and over again about not fastening the chinstrap on her helmet before she got on a horse. Once again, she hadn’t done that. The horse had flipped the second she mounted, and the animal had landed on her. She never regained consciousness. Telling someone must have helped him, because I now know that’s often the case with grief. That afternoon, I listened, expressed my condolences, hung up and wept.

The heaviness of that grief generated by an immediate, unexpected loss stayed with me for quite some time. My reaction was far different when my mother passed away 20 years ago after a nine-month, body-failing journey.

Oddly, in March of 1999, Mom simply stopped walking one day and “took to bed” at home. During the rest of that year, she engaged in long conversations with family, her Episcopal rector and aging friends; poignant bouts of fear and cane-wielding anger, a scary surgery or two, hilarious drug-induced dreams, and tremendous emotional, and perhaps spiritual, growth at an age when many folks no longer try. Eventually, my tiny, fiercely-determined mother seemed to become comfortable with the idea of dying, and a month before her 86thbirthday, passed away in her sleep.

A spiritual teacher had helped me prepare for the inevitable. I’d been walking slowly through a prolonged grief as her death approached, so the 1 a.m. phone call didn’t surprise me. At her memorial service I led her mourners through a visualization during which they could connect spiritually with her and “tell” her anything they wanted her to know. Many thanked me afterwards. The day actually seemed more of a celebration. I knew she’d have loved that, and felt a certain calm afterwards. For a while.

At the church a guy I’d gone to high school with gave me a bit of helpful wisdom. I’ll paraphrase. Grief is a funny thing. As time passes, you’ll think you’re healing from it, which you will be. To a point. But remember, this is your mother. The only one you’ll have. And from time to time, an enormous feeling of loss, of grief, will overwhelm you. Initially, this may happen frequently and then perhaps taper off to occasionally. Don’t let it surprise you. Just feel those feelings. You’ll heal but you’ll always miss her.

I was grateful to him four days later when one of those waves of grief washed over me just as I’d parked my car in a garage to attend a meeting. I felt like a wiped-out surfer, and I lay my head on the steering wheel for about 10 minutes as the tears flowed. The experience left me breathless and in awe. He’d been right. That wave of “missing” still occurs very occasionally.

Though grief is a universal experience, we all go through it differently.

When we were all in our 40s, I introduced two of my friends. Within a few months, they married happily and stayed that way until his diagnosis 17 years later with a cancer that he didn’t survive. Through the year and three months of his decline, his wife was certain that he’d beat it and refused to believe any other outcome. When he died, she went into a rage and stayed fist-shaking angry at God for well over a year. Though a Hospice grief group helped her realize she wasn’t alone, lengthy work with a PTSD counselor finally revealed that her anger disguised a grief so deep that she couldn’t have begun to deal with it sooner.

Spiritual teacher, author and lecturer Marianne Williamson advises that “It takes as long as it takes” to work through grief.

One of the world’s foremost experts on healing and loss, David Kessler has written five books about grief, two of which he co-authored with the legendary Elisabeth Kubler-Ross. In one of those – On Grief and Grieving: Finding the Meaning of Grief through the Five Stages of Loss – the pair adapted the five stages of death and dying she’d identified earlier, for people dealing with grief and grieving. Those stages are: denial, anger, bargaining, depression, and acceptance, all part of a framework that can help us learn to live with loss.

However, according to Kessler, “They are not stops on some linear timeline. Not everyone goes through all of them, or in a prescribed order…Just remember, your grief is as unique as you are.”

A younger woman at my gym lost her husband suddenly and unexpectedly last fall. They’d known each other all their lives. The holidays, she admitted, had been awful. Tears filled her eyes before a scowl appeared. “And the worst part was that several people intimated that I should be starting to get over it by now.” I empathized with her. I can’t fathom what that depth of loss must be like.

The goal is not to forget your loved one or get over the loss as soon as possible, says Kessler, but to live a life that honors them, to embrace their memories with more love than pain. Even if misdirected people don’t chide a griever to move on, the mind of the bereaved griever’s mind may offer criticism, blame or guilt internally. The “if only’s” can run rampant, i.e. if only I’d been at home when she had the stroke, if only I’d madehim exercise.

Though we must deal with the sadness, we can get paralyzed and suffer from loss and not live life fully. Sometimes these feelings need to be talked through with a confidant, counselor or support group in order to be resolved.

“Pain from loss is inevitable,” Kessler says, “suffering is optional.”

Be gentle with yourself. Give yourself the time you need. 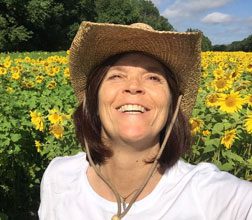 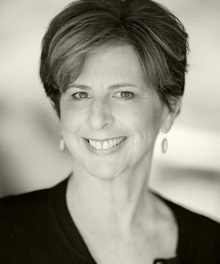