Don’t Stick Your Neck Out 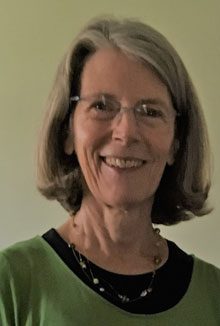 Allow my neck to be free? Is that all it takes for me to have freedom in my body/mind and to move with ease and grace? Yes! That’s the premise of the Alexander Technique and it’s so much more.

The Alexander Technique is a method that works to change the “movement” habits in all of our activities. It is a simple and practical method for improving ease and freedom of movement, balance and coordination and, yes, posture. Alexander lessons, as they are known, leave one feeling lighter, freer and more grounded.

Who was Alexander? F.M. Alexander was an Australian actor (1869-1955) who had developed severe vocal problems that threatened his acting career. When conventional medicine only relieved his symptoms temporarily, he decided to figure out for himself what he was doing that could be causing his difficulty. By examining himself in the mirror, he began to notice patterns of movement throughout his whole body that seemed to stem from the balance of his head on his spine. These patterns also stemmed from his idea (his thinking) of what an actor was supposed to look like on a stage while projecting out into the auditorium. Being “dramatic” to him meant taking a position with his chest lifted and his chin up. This, however, narrowed and tightened his back, stiffened his legs and had his toes grip the floor. He realized that in “being dramatic,” the tension in his body made him lose his voice.

His discovery of the relationship between our head and the rest of us is central to the Alexander Technique. Primary Control was the term Alexander used to describe this importance. The movement of our head is primary to all of our movements. As we consider acting on any intention (i.e. answering our cell phone or making a difficult decision), we may detect tension in this head/neck/spine relationship (which takes us back to the opening statement, “allow my neck to be free.”) A recent comment from a student expresses the primary nature of the head/neck/spine relationship. While exploring walking, she said, “Who knew that something so small (meaning her neck was free and her head was freely balancing) could have such a big impact on all of me?”

Most of us go through our daily activities without much awareness until some “symptom” zaps us into the present moment. Students of the Alexander Technique (AT) develop a raised sense of awareness. This heightened awareness allows them to notice and identify current habitual patterns of movement and thinking. Did I say “thinking?” Absolutely. The AT is concerned with how we use our WHOLE selves – not just our bodies. It is now well-known that the mind and body are literally one. To Alexander it was a new discovery.

AT students take small group classes or individual lessons. They are called students because the Alexander Technique is an active exploration/learning that changes the way one thinks and responds in life. When engaged and practicing during and between lessons, the principles become more natural and become part of who they are. Each lesson or class in the Alexander Technique is unique. The principles such as primary control are presented in many different ways. Everyday activities like sitting, standing and walking are explored. Students are encouraged to bring in their own activities such as exercises they do, yoga, a musical instrument, knitting, lap-top computer, cell phone or any other activity they want to explore. These lessons are enlightening because the teacher can catch the student behaving the way they always do in the activity and with instruction they can learn how to allow more freedom and ease.

I recently went to a student’s house to give her a lesson in which she chose to do her chores in the barn, in the paddock, with the animals, with the shovel, wheelbarrow, buckets and hay. I stopped her frequently to bring her awareness to how she was doing what she was doing. The light bulbs went on all over the place for her as she saw herself in her habits. For example, she was bent over while walking, bending further forward than necessary to pull and push the wheelbarrow, as well as standing in awkward positions when shoveling manure into buckets. With what she already knew from lessons, when I stopped her in mid-activity, she saw what she was doing and opened up and out into her full skeletal height. Now she does all those daily chores with greater freedom, ease, and energy than before.

The small group classes are fun and instructive for many reasons. Each person’s questions are applicable to everyone there. The students get to see themselves in another’s movement and gain more clarity about themselves. The students are very encouraging of each other’s growth and progress. In the closing of an 8-week series, one student observed in another that her neck and shoulders were so much softer than the neck cords and knotted muscles she had when she started and he was right! She no longer suffers from migraines.

The Alexander Technique is well known in the worlds of music, dance, singing and theater. Julliard, Boston University School of the Performing Arts and many others have AT classes in their curricula. The reason for that is that in these areas there is a great danger of injuries (of misuse or overuse) as the students practice a lot. Also, they are motivated to express their art with freedom and ease and presence which is exactly what the AT addresses. One student who came to a class this spring with neck tension said his horn teacher had suggested AT lessons to him 20 years ago. It’s never too late to study AT!

One Final Word– Students frequently come to the Alexander work with a physical concern, often chronic pain or tension. However, what they learn from their lessons goes well beyond the physical. Some students have come to understand that how they react to daily living affects their relationships with others as well as with themselves. The way we think and the way we move are intimately connected. If we allow ourselves to make one change, even if it is in a part of our body, we can change our thinking and our actions and become the whole and authentic person that resides within.

Ann Seelye became a Certified Alexander Technique Teacher in 1993. She teaches both small groups and individuals in the Beaufort area. She is also a personal trainer and Human Design Specialist. aseelye@gmail.com or 617-501-3132. Visit www.annseelye.com for more information. 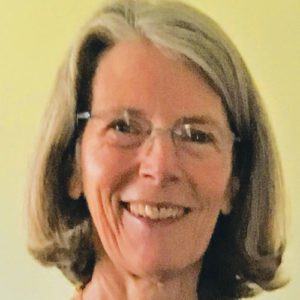