I hear Marvin Gaye’s song of the same title in my mind’s ear as I type this. I woke up early this morning and scribbled his name and song title on my little yellow legal pad. Dreamscape is always enlightening for us, even if we don’t always understand its disjointed and bizarre messaging. Regardless, I encourage you all to YouTube this classic song. Like Lennon’s Imagine, it’s one of those songs that just instantly takes you to another place, man. I was delighted to find a four-minute (here’s the link for soul music https://youtu.be/KDK7TiEiMOI) original and apt cartoon video with lyrics.

I understand Marvin Gaye was speaking to specific issues that may even be more pertinent today than the day it hit the airwaves on a .45 spun by the likes of Dr. Johnny Fever. I am fine pointing out the same issues here, but it’s the basic question itself I’m going for.

Some feel they’re entitled to never waiting their turn in the school line while others feel entitled to taking an entire country. I wish I weren’t referring to such heavy issues already laid out by plenty, but sometimes things just feel heavy even to us lightworkers. And if ya say otherwise, is there a bit of toxic positivity going on? I would say so. Can the wound and the gift be divided? No, not really, but it doesn’t mean certain things aren’t a world of suck.

I consider myself a student of history. I feel a kinship with certain periods of time. I’ve always been drawn to the history of World War 2. This likely means a past life in the volcanic sands of Iwo Jima, but what I’m getting at is that the bellicosity that’s being distributed by Putin has a World War 2 flavor to it. Men 18-60 being conscripted while President Zelensky seems like the Ukrainian version of Prime Minister Winston Churchill. My hope is that the double-edged sword that is social media nobly foils Russia’s aggression from becoming so large-scale.

I read that President Zelensky was offered an airplane to get out of his country. He is said to have replied that he didn’t need a ride, but ammunition. NASCAR team owner Roger Penske is in the process of figuring out a way to donate one million rounds of ammunition. I appreciate the sentiment, but hate the seeming necessity of it. One thing is for certain, Ukrainians have a president with flair and a sense of dramatic timing that will take their people far.

The war of Russian aggression feels so fear-based. I know, of course there’s fear. I don’t mean the Ukrainian people—old, young, handicap, war doesn’t discriminate—running for their very existence. I mean Putin and those insulating Putin. The fear of lack left unchecked is a lethal injection in a heart of darkness.

Questions and quandaries of the holistically confused and sickened could have been the title of this piece, but I like my pop-culture references. We see that just because one is among the elite of this world does not mean they can or will always be elite in their decision-making. When Phil Mickelson, who, in my estimation, was this generation’s Arnold Palmer for the PGA Tour, wanted to get in bed with a regime that has no regard for human rights and a s***load of money as its only redeeming quality, I was grateful I already learned the lesson of heroes and their pedestals. Time and grace will tell if this hero has the good sense to use his charisma to put the flames out on his own cape.

Totally not trying to be funny here, but is the movie Zoolander a cautionary tale? Okay, maybe I was trying to be a bit funny, given my heavy subject matter, but the question remains. For those that have never seen this bit of comedic genius, the main character, Derek Zoolander is “really, really ridiculously good-looking”. The lesson here: If we remain vapidly attached to our “perfect bone structure” we could become involved in a fashion conspiracy to assassinate the Prime Minister of Malaysia. Now, all kidding aside and tongue definitely out of my cheek, I watched this movie the other night for the first time in forever and laughed my butt off, just like always. Given my mood of late, I had never noticed how plausible some of the aspects of this comedy truly were.

You are free to choose the concept you will accept of yourself. Therefore, you possess the power of intervention, the power which enables you to alter the course of your future. The process of rising from your present concept to a higher concept of yourself is the means of all true progress. The higher concept is waiting for you to incarnate it in the world of experience. –Neville Goddard

I wanted to leave you with this bit of mysticism to ponder in this time of change. Most of us are fighting a war within on a daily basis. Some wage this war more valiantly than others while some fight their personal demons on a much larger scale while some may acquire the good sense to put down their swords. Always ask what’s going on while being prepared to let go of the answer or non-answer and when in doubt, be kind. 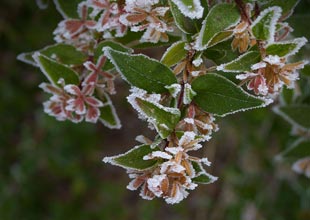 It Ain’t Springtime Yet 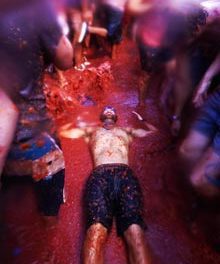 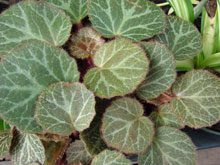 Shady Characters Starring in Gardens Across the South