Cruising the high seas brings back memories of a bygone era of travel. While the romance of cruising still exists, today it has evolved from a mode of long distance travel to an experience in and of itself. Here are some of the options available to the Phileas Foggs of the world who still long for the “good old days.”

Traveling the world is life-changing and cruising all the way around the globe is the ultimate travel experience. You might want to cruise roundtrip from Los Angeles (on Crystal for 94 days) or Ft. Lauderdale to Venice (on Seabourn for 109 days). Both of Cunard’s ships (Queen Elizabeth and Queen Mary 2) will also be part of a select number of cruise lines offering World Cruises in early 2012. The cruise lines generally dub these journeys with names that evoke images of lands far & wide: Silversea’s Global Treasures, Hidden Jewels visits 25 countries & 45 ports as it makes its way from Ft Lauderdale to Monte Carlo on the Silver Whisper.

If you don’t have 90-120 days available to you, then choose a segment (which can be anything from two weeks to a month or more) and meet the ship for just that portion of the world cruise. Cruise lines allow these shorter segments to be purchased since it is often difficult to fill an entire ship for such a long voyage.

If you are not independently wealthy and/or cannot afford to be away one-third of the year, these “shorter” cruises range from approximately 24-68 days. They solve the dilemma if you can’t find a world cruise segment that will work for you while still being a longer, unique itinerary.

Cruise lines are also spending a great deal of time developing shore excursions specially-created to further immerse their guests in the lands they are visiting, where you leave the ship for a night or more (depending upon the program) and re-join it at a following port. This also gives a break in the “ship routine” while allowing more time to actually delve into the culture of an area. For example, Silversea has developed more than 50 specially-tailored overland excursions for 2012 (19 of which are new). These offer inquisitive travelers more time to enjoy an immersive experience with the people, history, wildlife and natural attractions that lie just beyond the ports of call, such as witnessing the spectacular sand dunes of the Namib Desert or climbing the steps of the Potala Palace in Tibet.

While there are shorter ways to cross the ocean, a TransAtlantic voyage allows the time to really decompress onboard, whether on Cunard’s Queen Mary 2 for cruises between New York & Southampton (there are 25 such in 2012) or repositioning cruises (where a ship is being moved from Europe to the Caribbean or South America in fall, for example). Rather than just cruising from point A to point B, many of the cruise lines add ports along the way and some of these journeys can last 18-20 days. Some also have special programs onboard such as Juilliard or the National Symphony Orchestra programs with Cunard this past year. Recently to celebrate a special anniversary, I had clients who sailed across the Atlantic from Ft Lauderdale; they disembarked in Rome where they had reserved an 8-day tour of Italy; then they flew back to the US at the tour’s conclusion. They said the ship gave them an opportunity to relax and enjoy the onboard activities (or do nothing at all) while the pace of the tour afterwards was exhilarating and they were ready for it.

Why not string back-to-back cruises with different destinations together and stay on the same ship in the same cabin? This is pretty simple to do; some cruise lines may even include a special amenity or incentive (such as a shipboard credit or a small discount) for the combination. For example, Royal Caribbean’s Oasis of the Seas does Eastern & Western Caribbean itineraries alternately so there’s an opportunity to change the scenery with two 7-day cruises without changing your cabin or unpacking more than once.

NOTE: Keep in mind that, if you decide on a longer cruise with multiple segments, it is best to deposit early so that you are not disappointed if one segment should sell out, making it impossible to book the entire itinerary. 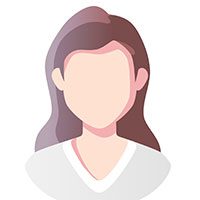 The World In Small Bites