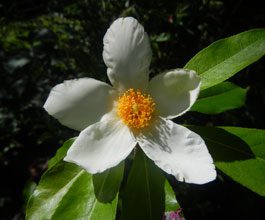 Trekking through the Georgia wilderness in October of 1765, the father and son team of naturalists, John and William Bartram, came across a small, sandy plot of a couple of acres along the Altamaha River, not far from where Jesup and Darien are now located.

It was populated by a colony of a previously unknown small tree, which they recorded, and on subsequent visits, they collected seeds and were able to grow the seeds in their nursery in Philadelphia. They named the new genus Franklinia, in honor of their great friend, Benjamin Franklin, and gave it the specific epithet, alatamaha, somehow adding an extra “a” to the usual spelling of the river that produced the new tree.

The Bartrams remarked that they never saw the tree growing anywhere else, although they covered huge swaths of the wilderness between the Atlantic and the Mississippi River in their quest for New World flora. And, after 1804, no one has ever been able to find the original plot of trees growing along the Altamaha. It is assumed to be extinct in the wild for more than two centuries, although the seedlings grown from their original collections have grown and prospered since, for those dedicated growers around the world able to meet the somewhat demanding cultural requirements.

Nowadays, it is a bit challenging even to find a nursery which stocks the Franklinia; inevitably, it is quite expensive; and a great many gardeners end up terribly frustrated with their failed attempts to grow the tree successfully.

Franklinia alatamaha is a monotypic genus, the only species in its particular genus, but it is part of the larger tea family, which also includes camellias and tea. There are several genera in the family rather more closely related to the Franklinia: Gordonia, Stewartia and Schima.

Why the interest in these obscure plant-nerd trees? They are, it must be said, absolutely beautiful. The fall coloring of the large shiny leaves is a rich bright red. The flowers are handsome cup-shaped blooms with a striking, golden yellow central boss of many stamens, surrounded by five silky white petals. Both Franklinia and Gordonia flowers are somewhat similar in appearance. It would make gardeners and landscapers very happy to have versions of these trees that were easy to grow and suitable for many conditions. But that has not been the case.

There may be a breakthrough, however. In the last decade, Dr. Tom Ranney of the North Carolina State University has developed a rare inter-generic hybrid between Franklinia alatamaha and Gordonia lasianthus, one which improves on the best qualities of each genus and minimizes some of the most difficult characteristics of each. The result, now officially called (in the nomenclature of botanists) xGordlinia grandiflora, is hardier than either parent, is evergreen like Gordonia, produces handsome flowers in early summer – and, perhaps best of all, will be widely available commercially within a few years.

I mention all of this because I am so excited that the little xGordlinia that I received two years ago set a dozen or so big fat flower buds this spring, and the first flowers have now opened. It’s a beauty, and combined with the handsome fall color in the evergreen foliage, this is a gorgeous landscape tree. It reputedly may reach 30 feet in height. I just hope that I can find the right care and attention to keep it growing.

I include a photo of a bloom taken at five pm a week ago, when the temperature was still at 95 degrees. It’s about 4 inches across. This is a plant to look for!

By the way, others have taken up the challenge and have produced other specimens from crossing the same two genera, producing several other varieties of xGordlinia. And even more recently, botanists have experimented with some success with hybridizing Franklinia with its Asian cousin, Schima. The future is looking very bright, indeed! 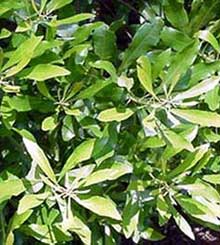 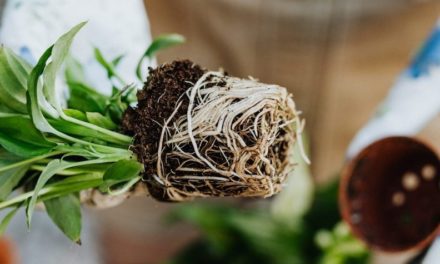 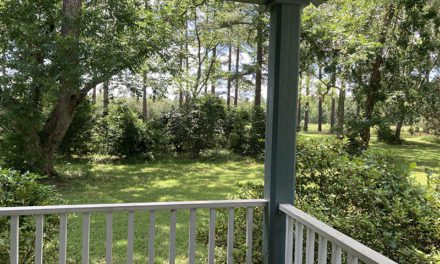