“The world has to change to fit you. And if you stick to your principles, values, and morals long enough, it will.” –Berry Gordy

Some people leave an indelible impression. They make a mark that cannot be removed. Don’t worry, this isn’t about some book you’re forced to read in high school. I mean, unless you like being bored to tears. Stay with me as I meander.

Does each of us require a little kryptonite in our lives? For what would the story of Superman be without kryptonite? Kryptonite does build character, but do we need shards of it rammed up our fingernails forever and ever, Amen?

What if we’re so used to waiting in line, we refuse to believe we’re at the front of a que that may not even exist? Not suggesting we start cutting whatever line we’re in at the moment. Let’s not have an incident at the Publix deli where the law is called. Never be that guy. Pray for that guy whose time is clearly more important, or haunted, than the rest of us. The question remains regarding lines. I can’t tell you how many times I’ve said or thought, “It’s always been this way, so it never occurred to me that it would be any other way.”

Time will tell if the Jeff Saturday experiment for the Indianapolis Colts works out. For those that don’t keep up with the NFL, Jeff Saturday only coached a tad bit of high school football and was one of ESPN’s top talking-heads and analysts of the game. He won a Super Bowl with the Colts in 2006 as Peyton Manning’s center. In short, while Jeff Saturday has a dynamic personality and player creds, he skipped the line in front of plenty of more qualified and credentialed coaches to become a leader of a billion-dollar organization. It was not a popular move among the old guard in the sport. Nonetheless, the owner of the Colts, Jim Irsay, thought outside the box. Results matter, but ya don’t know until ya know. Reckless perhaps, but it could be magnificent.

With the example in the previous paragraph, whether you agree, disagree, or couldn’t give a crap, consider that the line can move or simply disappear. There’s no law against asking, “What if there is a sea change?” This is life’s invitation to change your assumptions—to change your expectations.

Ever wonder where we would be without expectations? I’ve touched on people and pedestals being shattered before. That point remains, but what about scenarios?

It can be said that expectations are the breeding ground for disappointment. Could we say that life comes down to managing expectations? Things are rarely as good, or as bad, as we anticipate and expect things to be. Take an audit of your heart. Demeanor matters. As I’ve said previously, perhaps it’s as simple as being ready to discover rather than be discovered.

As I usually point out in my vows as a wedding officiant, love is not found by seeking out the perfect partner, it’s found by endeavoring to be the perfect partner. This can apply to any relationship. Look people in the eye and take them in. You may be pleasantly surprised by your new interactions—your new reality. As a simple experiment, do this with a stranger, perhaps someone working the drive-thru at McDonald’s or the lady next to you at the Publix deli. Maybe you’ll begin to expect elevated treatment overall from others as you elevate your treatment of others.

Laughter is the best energy lifter. No, this isn’t where I preach the virtues of watching movies like This Is Spinal Tap or Zoolander. Seek those who get such things though. Seek those with humor as their companion rather than their shield. There is a subtle difference in maturity and you may expect different results. Upon further thought, it’s honestly unrealistic to expect anything out of anyone or entity, but we can expect more from the one you see in the mirror when you brush your teeth.

The phrase, “Ain’t the same without ya,” will apply to us all eventually. To those that matter and remain behind, what does that phrase mean to them? Do they delight at your departure or do they feel a void that can never be filled again? Relief or yearning? To borrow a saying from my grandmother, “You preach your eulogy while you live.” 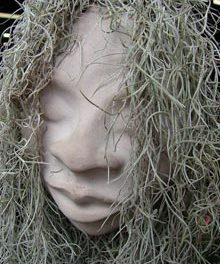 Spanish Moss in My Pina Colada