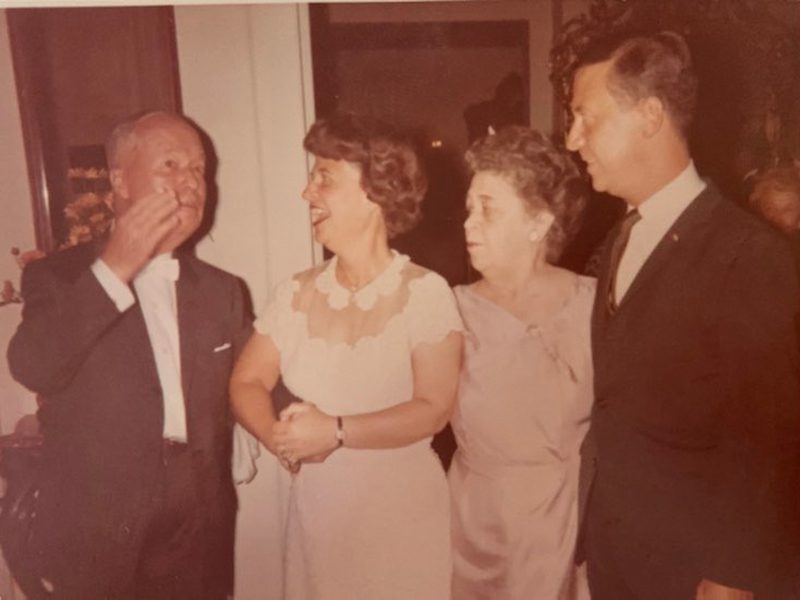 First, beat one quart whipping cream till stiff, then refrigerate. Let chill. Then whip together 12 egg yolks and one cup sugar in an electric mixer. Add one pint bourbon a little at a time. Fold in whipped cream. Take egg whites and make a beautiful meringue.

All the grownups in Hopkinsville, Kentucky — even her closest friends — called her “Miss Jane.” But from my birth until the day she died, a month after my 27th birthday, she was “Miz Gaither” to me. A formidable presence, she carried every inch of her broad-as-it-was-tall body erect, all less-than-five-feet of it. Anyone who approached her with a measuring device of any sort — be it yardstick or bathroom scale — did so at his own risk.

Not much taller than his wife, Dr. Gant Gaither, top graduate in his 1907 class at The University of the South in Sewanee, Tennessee, learned early in marriage that the institution ran far more smoothly when he gave his remarkable lady a wide berth. He therefore tended to spend time away from home most all of most every day.

As a physician during an era when doctors treated myriad maladies – from splinters in fingers to lingering cases of whooping cough to intricate surgeries – he stayed busy tending the sick and injured at Jennie Stuart Memorial Hospital, but a short walk down 17th Street from his residence.

On days when appointments allowed, Dr. Gaither – penguin-like in a snug gray suit, starched white shirt and red bowtie – strolled the six blocks or so to the C & D Bakery downtown. After purchasing a white waxed bagful of cream puffs, he bestowed the luscious treats upon children along his way home. As one of those youngsters so blessed, my mouth still waters with the memory. He’d stop to ask the older ones about school and tweak the cheeks of little ones, lingering long enough to arrive at his abode in time for cocktails, which he and his wife shared with considerable enthusiasm. 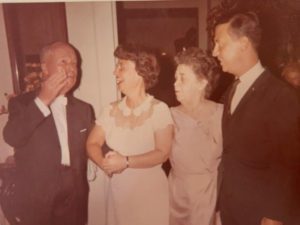 The good doctor’s timing was always impeccable, for he knew far before the terms became commonplace that Miss Jane needed her space and could be disagreeable if her boundaries were breached.

Even Mother Nature cried “uncle” after one aborted attempt to rattle this female dynamo. Vain about her appearance, Mrs. Gaither always wore her short, mahogany hair in a curly up-do, donned a day dress and blocky-heeled pumps for company and sported reading glasses on a beaded chain around her neck, convenient for close handwork. Forever stitching, gluing and felting, she often worked while settled in an overstuffed, flowered chair in the upstairs den before a boxy, black-and-white Zenith television with an enormous magnifier in front.

One August afternoon during a thunderstorm, Miss Jane was so perched, when a lightning bolt struck the antenna, traveled through the wires into the TV and exploded as a fireball out the screen. The magnifier slowed its progress just long enough for her to jump out of the way before the sizzling sphere burned a hole in the headrest of the chair where she’d been sewing. Though shaken, she proclaimed to all that her nine lives were still intact.

I have always believed her to be the model for that squatty little Johnny Reb hunkered under crossed confederate flags on redneck license plates. You know, the one who dares a challenge to his “Forget, hell!”

Born in Vicksburg, Mississippi (or Vicks-bug, as she called it) a mere three decades after the War of Northern Aggression, Mrs. Gaither was convinced that the South would indeed rise again, put those da-yum Yankees in their place and instill Southern gentility throughout the country. Then life could finally be lived as it was meant to be — slower, more polite and tempered with a required daily dose of one’s favorite libation. She herself stayed prepared for that time with her own diurnal prescription of smooth Kentucky bourbon, which in the spirit of true Southern hospitality, she graciously offered to anyone so inclined.

For thirty years, Mrs. Gaither’s egg nog was the star of her Christmas Eve party at the three-story red brick cottage on Main, a mandatory stop-off on the way to Grace Episcopal Church’s midnight service. Known for standing hair on end or for growing same on previously-bare chests, this bourbon-laced beverage mellowed not only parishioners but the Reverend Irwin Hulbert himself. The whole church reeked of whiskey, but, thanks to Mrs. Gaither, the noise made unto the Lord was joyful indeed.

My memories of this great Southern lady are vivid. Contagious laughter rolling from deep within her ample bosom.  Revlon “Really Red” lipstick staining every cigarette butt in her monogrammed silver ash tray. Cotton puff-bearded Santas guiding reindeer round and round the sequined, green-felt Christmas tree skirts she crafted. And of course, Mrs. Gaither’s egg nog.

It was real. It was Southern. It’s still the best.

But be forewarned. Indulge in this heavenly concoction and the noise you hear will be your arteries slamming shut. Though trust me, you’ll be too tipsy to care.

The Inauguration: A Personal Experience 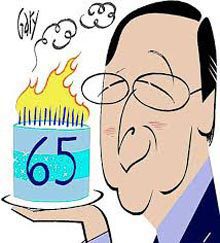 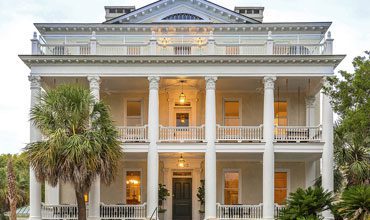