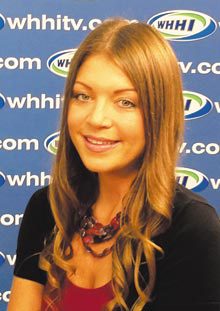 The local television station will offer The Beaufort News, The Bluffton News and The Hilton Head

On December 18, 2005 Beaufort lost its only newscast when WJWJ-TV pulled the plug on its evening news report. A few years later in 2008, the Beaufort Gazette moved from its building on Salem Road to Bluffton, a move the publication still maintains was not a “merger” of the Gazette and The Island Packet. But we in Beaufort quickly realized the shift in priority. The dynamics between municipalities north and south of the Broad became more divided than ever after the move, to no one’s fault or benefit.

So here we are in 2012, all 162,000 of us in Beaufort County. We all know the nuances that make Hilton Head, Bluffton and Beaufort (not to mention the barrier islands that surround us) different. And there hasn’t been a daily publication of record, nor a newscast, that have been able to report effectively, deliver news and please everyone in the County…until now.

WHHI-TV, on the air on Hilton Head Island since 1992, has recently expanded coverage to Beaufort. On March 1, Hargray moved the station from Channel 200 to Channel 8 on the tier people in the industry call, “Broadcast Row.” Overnight, Hargray customers who’d never been exposed to the station, also seen on Hilton Head on Time Warner Channel 3, were pleasantly surprised when they turned on the tube and saw local faces, local news and local businesses.

Shortly after the channel move, Hargray announced it would purchase Charter Cable, propelling WHHI-TV into even more households across the Lowcountry. At this point, WHHI-TV saw opportunity and quickly realized it needed to offer appropriate programming to all of the station’s viewership, including Bluffton and Beaufort.

For many years, WHHI-TV produced The Lowcountry Report, which recently changed its name to The Hilton Head News. Hosted by Ali McNair, it offers a glimpse at the news across the Lowcountry, but focusing on Hilton Head. After WHHI-TV’s move to Channel 8, the station understood the need to brand a separate newscast for the folks living across the bridge and began The Bluffton News.

You can imagine its popularity. Partnering with The Bluffton Sun, the Bluffton Chamber of Commerce and the Old Town Bluffton Association, The Bluffton News has become an instant hit with the community.

So guess what WHHI-TV quickly realized? That’s right… there was another bridge in our divided county, one that crossed the Broad River into Beaufort. And yes, WHHI-TV will be producing The Beaufort News, which will air for the first time on Thursday, July 12 at 7pm.

In addition to The Beaufort News, WHHI-TV will produce a talk show, hosted by Mayor Billy Keyserling, called Straight Talk with Billy K. Each week, Mayor Keyserling will ask influential leaders in the community to talk about real issues facing the City of Beaufort. Formatted “Charlie Rose-style,” Mayor Keyserling hopes to have candid and civil conversations about current local, regional and national events that directly relate to the City of Beaufort. His first guests are Patty Kennedy, director of the Beaufort County Open Land Trust, to discuss land preservation, and Col. John Payne and Jon Rembold, representing the Beaufort Regional Chamber of Commerce, discussing sequestration. Straight Talk with Billy K. will air on Wednesdays at 4:30pm, and Saturdays and Sundays at 3pm.

Another show that will be added to the WHHI-TV line-up in July will be (843) TV. The format of the show will be a panel discussion between members of the Beaufort, Bluffton, Hilton Head and Jasper County communities. Each week, three members of the respective municipalities will discuss topics relative to their organizations and their communities. WHHI-TV will air (843) TV twice daily.

WHHI-TV, already very popular with the locals on Hilton Head, turns 20 this year, and the station couldn’t be more excited to be starting its third decade in the Lowcountry.

Byrne Acquisition Group purchased the station in 2006, and since then has made steady improvements to its programming. Dedicated to producing quality local programming, WHHI-TV is proud of its long-running shows like Talk of the Town, Healthy Living and Lynes on Design. And its newer shows are becoming instant hits in the community. Hip Yoga, Hilton Head News, Bluffton News, Money Matters, Golf Weekly, RETV and Girl Talk, about to celebrate its 200th episode, are all popular with residents and visitors interested in what’s happening right here. Not in Savannah, not in Charleston, but here, in the tidal heart of the Lowcountry. These signature programs are regularly updated, giving the viewers fresh content each week, and the station’s Internet presence via Facebook, Twitter, and YouTube helps promote the station and specific show segments to its fan base on a regular basis.

You probably know someone who’s been on one of the station’s shows, and that’s what sets WHHI-TV apart from the rest. In this day and age of shopping local and dining local, it’s also important to be entertained and served local news by familiar faces about things we all care about, whether it be real estate, golf, new economic opportunities, or special events. Those familiar faces you see hosting the various programs are your neighbors and friends. They care about the message they are bringing to the Lowcountry, and they play an active role in planning out the show content. What’s going on in our own backyard is truly what residents and tourists alike want to know about.

The station has paid close attention to the needs of the community, and in addition to the new programs that have been created, two main projects have blossomed forth within the past five years. The partnership with The Heritage Classic Foundation was formed in 2008 and has utilized the station’s production talents for off-air projects like the DVD that plays in all of the shuttle buses used to transport tournament-goers during the week of The Heritage as well as on-air programming including The Heritage Golf Report and Inside the Ropes. One of the largest and most successful undertakings has been the High School Football Zone, bringing the excitement of local high school football to the airways with the High School Game of the Week for 10 weeks during the fall.

This year, WHHI-TV will also be partnering with the Beaufort Water Festival. The station will produce a video welcoming patrons that will run consecutively on an outdoor Jumbotron LED video screen in Henry C. Chamber Waterfront Park all 10 days of Water Festival, July 13-22, 2012.

Wayne Morris, WHHI-TV’s General Manager, reiterated the station’s commitment to the Lowcountry, saying, “It’s been our goal since we purchased the station in 2006 to build a bridge between the station and the community; and we’ve done that through quality programming that is 100 percent local.”

John Byrne, President of the Byrne Acquisition Group, explained, “The momentum and progress we’ve built in the last six years on Hilton Head is indicative of what you should expect to see in the next five years throughout the rest of Beaufort County. We are very proud to be an integral part of this community.”

So watch out Beaufort, here comes the News! Yours truly (Wendy Pollitzer) will be helping with program content and sales. If you have any news to contribute to The Beaufort News, please email news@whhitv.com, and if you’d like to learn more about sponsorship opportunities, please email wendy@whhitv.com or call the station at (843) 785-4545.

It’s never been a more exciting time for the area’s only local television station, and Beaufort, Jasper and Hampton counties have never been more excited to tune in. Welcome home, from WHHI-TV. 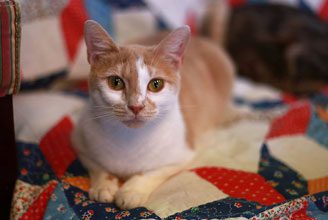 Tabby House is the Cat’s Meow

The Saga of Secession