Sounds have a way of growing familiar over time, sometimes comforting or alarming. In manufacturing companies, if a machine or a customer’s product doesn’t sound quite right, it very likely isn’t. Common sense, yes? And of course there are finely calibrated pieces of test gear to help make the proper determination. For anyone raised around farm equipment, automobiles or people doing mechanical repairs, rattles aren’t a good sign and they usually need prompt attention.
But not to worry, because in this case the rattle seems to be just in my head!

It appears it’s being caused by a bunch of random thoughts colliding, probably needing to be aired out . . . or maybe vacuumed up. Here are some of them:

But how about this for death-defying exploits in the cold: World War II, June 23, 1944. The incredible submarine USS Barb found itself entangled in fishing gear on its 8th combat patrol in the Pacific in enemy waters. The crew was only 1,000 miles below the Arctic Circle, the water temperature was 34 degrees. The sub’s propellers were choked in massive nets: bad place to be so encumbered. Captain Eugene Fluckey, perhaps our most successful skipper (sinking a staggering 30 enemy ships not counting 69 sampans encompassing some 146,808 tons, blowing up a train, shelling a cannery and other shore installations, and earning the Congressional Medal of Honor) asked for a volunteer to cut the sub loose, looking around for his best swimmer.

Up popped young Traville Houston, the first loader for the 4-inch gun. He dressed in flannel underwear (no wetsuit) with a diver’s belt and repeatedly dove on the propellers wielding his knife. After a 35 minute struggle, he finally slashed the sub free but was exhausted and dangerously hypothermic. His energetic crew mates hauled him back on board and brought him below where he was wrapped in warm blankets and administered medicinal brandy by the pharmacist’s mate, William “Doc” Donnelly. Houston (henceforth nicknamed “Shivers”) lived to fight another day as did the Barb (see “Thunder Below” by Admiral Eugene Fluckey, University of Illinois Press, 1992). Yes, the greatest generation any way you look at it, including under very cold water.

2. Sticking with the weather . . . I drove home recently in a downpour, coming back toward Lady’s Island over the McTeer Bridge. Walking leisurely over the bridge toward Port Royal were two young men, some 200 feet apart. No jackets, umbrellas, or even hats, they were getting soaked in the chill afternoon air. Reaching St. Helena Island on Sea Island Parkway, I passed another young man riding his bike slowly along. He was wearing a slicker with a hood but looked pretty miserable. I wondered why someone would expose themselves to the elements like that when it was so soggy. Another fouled propeller? Well, none in sight.

3. Dixie land. Then we have me, university schooled and repeatedly frozen over ten years in Syracuse and then Chicago, Mr. Bring It On when it came to the weather. Well, not anymore. When Dixie woke me recently at 4:30 a.m. to go to the bathroom it was a windy 21 degrees outside. I threw on a thick robe and in the minute it took her to finish her business, I morphed into a popsicle (calling Doc Donnelly!). With age comes wisdom, maybe, and lots more trouble dealing with the weather.

4. Words, words. A Michigan university released its annual list of most annoying words recently, and aren’t they a kick. “Selfie” and “twerking” were right up there, along with “hashtag” and the term “Mr. Mom.” Phrases rejected independently by executives included thinking outside the box, pushing the envelope, and going viral. Thank heavens we have some agreement on these hackneyed turns of phrase. Now if the Grand Poobah of the English Language would only issue a proclamation. Any takers out there? How about Winnie the Poobah?

5. So what’s for breakfast? I’ve read that breakfast is the most important meal of the day and one can always visit a Waffle House or House of Pancakes or loads of other places. But why aren’t there any called Egg House or Oatmeal Palace or Fritz’s Gritzes or some such thing? Maybe I need to chat with a marketing expert. Over lunch, so we’re both awake.

6. Well whaddaya know department . . . I always thought that “boogie-woogie” was a musical style from the 1950’s. Not so, at least according to Wikipedia: “Boogie-woogie is an African American style of piano-based blues that became popular in the late 1930s and early ’40s, but originated much earlier, and was extended from piano, to three pianos at once, guitar, big band, country and western music, and even gospel.” Well it seems they’re right. Benny Goodman’s wonderful “Bugle Call Rag” from the 1930’s features a boogie-woogie beat, so there you have it. Now I suppose someone is going to claim that dancing goes back more than a hundred years. Yeah, right.

7. Yams vs. sweet potatoes and guess what? They’re not even related botanically though many people seem to use the terms interchangeably. How did that happen since the two veggies look and taste quite different? When people say candied yams they’re often referring to sweetened sweet potatoes. Do we need a potato dictionary? Or maybe just Popeye reminding Mr. Potato Head, “I yam what I yam.”

8. Survey says. I like reading The Week magazine. The articles are concise and punchy and the cartoons are fun. Recently they reported that 48% of sports fans follow football closely compared with only 7% for Major League Baseball. Whatever happened to America’s pastime? Too many steroids or not enough bashing (yeah, I do like hockey)? Meanwhile, a measly 9% of people currently approve of the way that Congress is doing its job, the lowest rating in 39 years, and fully 60% would like to replace every single senator and representative. Except, unfortunately, they vote to keep their own in many cases. And who the heck are those 9%? Hmm, maybe the same people who think that Elvis is still alive or that dealing with a customer service representative six or seven time zones away is sure to be a happy experience.

There, phew, the rattle seems to be letting up. I only hear a muffled sound like maybe dice being rolled on a felt table or a dozen pinwheels in the fog. Maybe this calls for a CT scan for confirmation or a move to the country, far away from most noises and any commotion. Say, what did “The Killer,” the great Jerry Lee Lewis sing back in the day? Oh yeah, “You shake my nerves and you rattle my brain…

“Goodness gracious, great balls of fire” indeed. And speaking of fire, how are those flash frozen Packer fans doing? 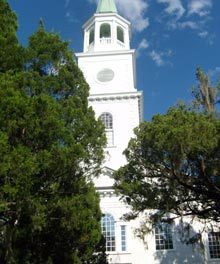 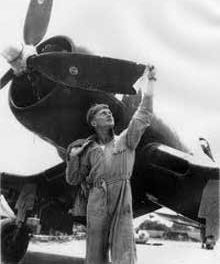