Shut Up and Dance: Back to Chicago 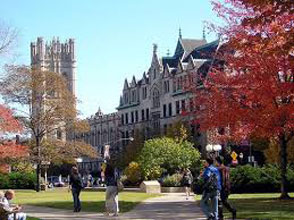 “The troop visits got harder over time because, as I looked into each face, I increasingly would wonder to myself which of these kids I would next see in the hospital at Landstuhl or Walter Reed or Bethesda—or listed for burial at Arlington cemetery. For those on the front line who ate with me, I realized it might well be the occasion for the first hot meal or shower in days if not weeks. Each forward unit I visited seemed to have its own makeshift memorial in a small tent or lean-to dedicated to those who had been killed… I always went in alone.” – Robert Gates, “Duty” (2014, Vintage)

Former Secretary of Defense Bob Gates gets a lot off his chest in his Washington insider’s reflections on an immensely challenging life spent in service to his country. “Duty” is an appropriate title: concise and forthright.

Comparably forthright in its own quasi nerdy way is a letter to incoming students at the University of Chicago, class of 2020, by Dean of Students John (Jay) Ellison. His letter got my attention, three times over. Once, because how is it possible that I’ll be nearly 70 when these kids graduate? Second, 2020 sounds encouragingly familiar since my left eye—post cataract surgery—now tests 20/20. And third, most importantly, Chicago remains one of the top schools in the world . . . and my alma mater.

Gates is deservedly famous, Ellison isn’t . . . or wasn’t particularly until his letter hit the streets and was widely bandied about. Several portions are worth all of us—not just incoming students– mulling over:

“One of the University of Chicago’s defining characteristics is our commitment to freedom of inquiry and expression… Members of our community are encouraged to speak, write, listen, challenge and learn, without fear of censorship. Civility and mutual respect are vital to all of us, and freedom of expression does not mean the freedom to harass or threaten others. You will all find that we expect members of our community to be engaged in rigorous debate, discussion, and even disagreement. At times this may challenge you and even cause discomfort . . . ”

Ellison’s letter goes on to make an eerie disclaimer:

“Our commitment to academic freedom means that we do not support so-called “trigger warnings,” we do not cancel invited speakers because their topics might prove controversial, and we do not condone the creation of intellectual “safe spaces” where individuals can retreat from ideas and perspectives at odds with their own.”

Leading with Bob Gates today made sense to me for several reasons. He makes the sobering point, having previously served as president of Texas A&M University, that his precious graduates go forth to make a mark. Those who become soldiers, sailors, marines and airmen serve their country, often putting themselves at direct risk of serious injury or death. His visits to burn units in particular forced him to reach down into his soul trying to offer comfort and support to men and women who were grievously harmed.

College is merely the opening salvo in the battle called being an adult. It only gets tougher after school for most of us, and frankly it deserves to be. When I studied at Chicago some 40 years ago, the Viet Nam war still burned fiercely in America’s conscience. We students knew we enjoyed relatively privileged conditions. Though many, like me, barely had two nickels left to rub together after we settled our tuition bill.

And Chicago was a tough town back then. Yeah, even worse than today. In 1972, my arrival year, there were 711 murders in Chicago. In 1974 there were 970, the highpoint since 1928 and nearly twice the 488 murders recorded last year. We weren’t paranoid back then, but proceeded with extra caution whenever we ventured off campus. Like to see the Cubs, or White Sox, or hit a jazz venue or get some great ribs in a tiny joint so smoky you came out smelling like, well, you know.

Classes could be rugged, too, but I recall only nominal complaints. Safe spaces? Forget it. As a tiny example, and I do mean tiny, world renowned animal behaviorist Eckhard Hess brusquely admonished us not to ask him questions during his lectures as he explained . . . get this . . . that his time was too valuable to waste on distracting questions. So we shut up and danced our studious hearts out. It beat getting shot at in gangland or in Viet Nam. Or anywhere else. Speakers came and went, classes graduated, our football team stank (uh, underperformed) every year, we competed over scarce office space and grant funds and professor attention. My little clutch of survivors played poker on Friday nights and drank cheap beer while acknowledging how tough we had it—and were becoming.

Fast forward 40 years. Some comedians today complain that college students have become so politically correct and thin skinned that they (comics) avoid performing on campuses. Can you get a laugh with these hothouse flowers in a safe space today? Must you provide a trigger warning to your audience, noting that some ideas or language may rub someone the wrong way? May cause some offense? Come on, folks.

We’ve entered debate season in this miserable 2016 presidential campaign. Talk about a race to the bottom. Mrs. Clinton still hasn’t come sufficiently clean on her classified e-mails and potential foundation conflicts. Mr. Trump remains a Gatling gun of garbage, half-truths, outright lies and associated nonsense such as his long, deplorable (yes, deplorable) slog leading the birther movement. The presidential debates sure don’t look like they will—or can– take place in a “safe space.” Nor, probably, should they.

As for “trigger warnings,” statements at the start of a piece of writing, video, etc., “alerting the reader or viewer to the fact that it contains potentially distressing material,” trigger happy colleges unlike Chicago may be onto something. We all need to remember that donning a hazmat suit may be necessary symbolically if not in practice as we grimace through the final tortuous weeks of this election cycle. Attention: facts are subject to mass slaughter, it would seem, as survey and focus group respondents regurgitate claptrap they’ve been fed by candidates, the media or their friends and family.   Here’s a quick sample: Trump supporters are twice as likely as Clinton supporters to feel personally vulnerable to a terrorist attack. The fact is that since 9/11, a grand total of 94 people have been killed by jihadists in the U.S. Compare this to the fact that over the past 30 years, 49 folks are killed each year on average by lightning strikes.

Maybe life itself should come with a giant neon trigger warning affixed to our birth certificates. Professor “Ask Not” Hess died at only 69 from pneumonia. Mrs. Clinton will be 69 shortly, was born in Chicago, and is very much still standing after her recent regrettable bout with pneumonia. Mr. Trump, 70, is still posturing with an orange pelt atop his swelled head after telling more bizarre tales than Stephen King.

And maybe we should all be on permanent notice that life happens, triggers be damned. Thank you, Chicago, for another fine lesson. 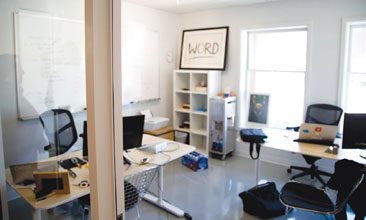 The Tao of Tech 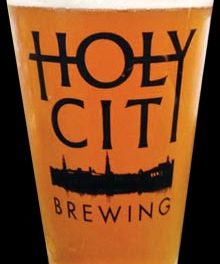 Water Festival Gets Hopped Up