In 1889, they hung a man from a tower for stealing. He took it rather well. They were tired of him sneaking around lifting hardware off buggies, so they tied a rope to his belt and hoisted him up where they could keep an eye on him.

One of the reasons that even rich people sometimes feel financially inadequate is that they compare themselves to their even wealthier friends and neighbors. As in, everything is relative and it’s all about who—or what–you compare yourself to. The folks in Keillor’s quote probably felt smugly satisfied with their own lots in life, as in: ‘well, we’re doin’ ok I guess, at least none of us is a’hung up in a tower like that fella.’ Something like that.

We all do this, comparing ourselves (sometimes incessantly) to appropriate—in our minds at least—reference groups. Businesses, especially the most successful ones, do this too, often conducting benchmarking studies. This important practice involves identifying other companies who excel in particular areas, whether it’s a high quality product, service, or the processes they use to run their companies. These comparison companies needn’t be competitors and may even operate in a different sector of the economy.   Wikipedia hit the nail on the head: “Also referred to as ‘best practice benchmarking’ or ‘process benchmarking,’ this process … allows organizations to develop plans on how to make improvements or adapt specific best practices, usually with the aim of increasing some aspect of performance.”

There’s a ‘no guts, no glory’ aspect to seeking what amount to reality checks. How good are we really, compared to the best in the business? (Something like on “So You Think You Can Dance.”) It’s a great question and the answers are often humbling but lead to improvement, growth, and sometimes even eating a little crow (may we recommend a nice merlot to go with that, sir?). I’ve tried benchmarking in various guises over the years, beginning with attempts that just sort of happened on their own. Kind of like whistling in the dark or strolling off the end of a pier. ‘Hey, nice fish, buddy, what did you catch it withhhhhhhhhhhh’. . . Kablooosh.

Recently, celebrating those milestones I wrote about a few weeks ago, we bought a new Mr. Coffee. It looks good on the kitchen counter, all sleek and shiny. Makes good coffee in a jiffy. Our old coffee maker met its match and now resides glumly in the pantry as a spare. Only twenty dollars for the new pot. Another $35 got us a ‘new and improved’ iron when the old one finally bit the dust (heat stroke?).

But already I feel like the coffee, good as it is, might be even better if we joined the growing body of consumers (now about one third of American households) who now use K-Cups to brew pretty darned good coffee one cup at a time. And maybe I’d get an even better cup of coffee if I just hung out almost perpetually in coffee shops. But my “in for a dollar” inner cheapskate reared its smiling face and said, ‘you’re fine with Mr. Coffee and a traditional drip machine. It’s easy, far lower in cost per cup (two thirds or more since the miniscule amounts of K-Cup coffee cost the equivalent of $40 a pound!), and your simple brain can make a pot of coffee on autopilot. Which comes in pretty handy first thing in the morning.’ Having to sort through those little K-Cups and get the machine ready to rock and roll, not to mention the much higher cost of the K-cup machine and the environmentally unfriendly used cups, makes this benchmarking effort an easy one. Score a decaffeinated fistful of points for your old fashioned drip coffee maker.

My bio alludes to an eventual (gee it seemed to take forever) exit from The University of Chicago. Not having been a good benchmarker way back when I was sorting through potential graduate schools, I somehow neglected to even learn that one of America’s all-time oil men and money fanatics, John D. Rockefeller, founded the school. Too bad he couldn’t have spent some of his vast fortune on improving the dreadful weather there. But coming from four years at Syracuse University, the leap back into the deep freeze didn’t seem so terrible. Being young and invincible and all, you see.

But the real shock lay in wait right in my first few classrooms (yes, they were heated). Listening to my classmates, not to mention the professors, quickly demonstrated that I (1) was a dope in comparison and (2) would be lucky to last a week without being identified as an intellectual fraud. Those young men and women seemed to know everything as they rattled off the results of studies they had absorbed or even worked on as undergraduates. Heck, one of my professors had published a landmark biological study while an undergraduate at Wellesley College. Erp. Make that “Help”! How can I ever compete successfully here? And hey, it’s really f-freezing outside after all and do they even have a football team here?

Fast forward a dozen years to Sikorsky Aircraft, the world’s leading helicopter company, famous for its cutting edge engineering and manufacturing excellence. Two or three meetings into my stay there, it was Chicago all over again. By comparison to my fellow employees, I knew practically nothing. Engineering background? Not me. Manufacturing experience? One summer in college making resistors was all. Aerospace knowledge? Huh??? Fortunately, my aerospace dad encouraged me to just hang in there, learn something every day, and do what they first hired me for—training work groups and facilitating team problem solving across the company. Oh, and stay positive and avoid further wardrobe slipups involving pants.

More recent benchmarking efforts have been equally humbling for me but just as worthwhile if on a smaller scale. I’m no chef, but love to trap and cook crabs. My crab cakes have been raved over and always disappear in a flash (yes, the beer and wine they are usually served with seem to help). For years, this ‘success’ led me to avoid the crab cakes whenever we tried a new restaurant. That whistling in the dark ended abruptly at Saltus River Grill. I tried chef Brian Waters’ crab cake and nearly dropped my fork.   It was exquisite. Sublime. Back to the kitchen for me as my complacency bubble had been deflate-gated. Pfft.

A similar wave of humility washed over me recently when a book review I had made my best possible effort on and which has been praised by the author among many other readers, looked like yesterday’s fish when I read a comparable review of the same book published by the former managing editor of “The Buffalo News.” His essay was brilliant, an absolute gem. An inspiration if nothing else.

The result of all this benchmarking over the years? Humility, of course, but also progress and a better grip on reality. Better crab cakes, by the way, taste a heck of a lot better than crow. 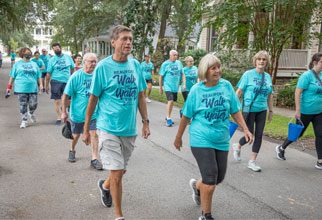 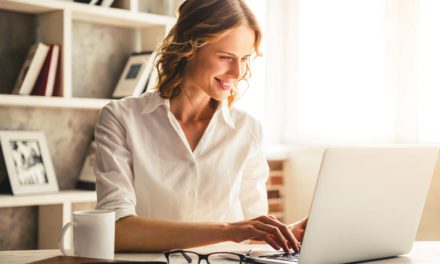