“What do you get from loss? You get awareness of other people’s loss, which allows you to connect with that other person, which allows you to love more deeply and to understand what it’s like to be a human being if it’s true that all humans suffer.” – Stephen Colbert (8/15/19 interview with Anderson Cooper, CNN)

Comedian Stephen Colbert, like all of us, has his somber and reflective moments. In his case it comes with brains, experience, and compassion.   At 55, his Lowcountry roots remain intact within his CBS studio in Los Angeles. Colbert grew up in James Island, a half boomerang’s throw from Charleston.

His age got me thinking. Shortly after turning 55 myself, I retired to Beaufort County and was drenched in the luscious landscape, friendly people, wonderful southern cooking, and of course the fishing, crabbing, clamming, and shrimping. I did it all, often for days on end.

I’m 68 now, almost officially “elderly.” Merriam-Webster defines elderly kindly as “rather old, especiallybeing past middle age or [get this, friends] old fashioned.”  My crack research team (mostly me and the dogs) further noted that, “According to news outlets like NPR, the New York Times and Philadelphia Metro, someone between the ages of 69 and 71 is considered elderly.”  So I have only a few months to go, resting on the threshold with celebrities like Angelica Huston, Dr. Phil, Jane Seymour, Bill Murray, Tommy Hilfiger, Kurt Russell and Cheryl Ladd.  Somehow in my mind we are all still young.

How Do I Look? A dapper black man, about 35, glanced at himself repeatedly as he passed a half dozen windows on my street. How nice that he pays such close attention to his appearance without making a big fuss. Okay, it was mid-day with lots of people around. But still. The next day an attractive white woman about the same age did the same thing. As she started, I offered a helping hand by commenting, “you look fine.” No way was she embarrassed by that. Or put off. Right?

Across the street a few weeks earlier sat a young man with his female companion eating lunch outside a lovely restaurant. She was pleasant looking and very attentive to him. He had no hands and forked his salad by shoving his wrists together. Note to self: quit complaining about your chronic back pain, even if it is spinal stenosis and bone spurs.  Nobody cares.

One genetic ace my parents dealt me was few wrinkles. Every day I see middle aged and over folks with enough wrinkles to give Tommy Lee Jones a run for his money. One of them sits in the sun for hours by our pool most days. She is pocket comb thin with skin like Clint Eastwood’s saddles. Does she care? Maybe she’s really a Gen X spy working undercover. Way under.

Gulp hard department. This was hard to take. By that same pool a young person whose sex I could not tell, was playing with several adults. He had third degree burns over his entire body, his face a mask of scar tissue. No hair left. Reminder to self: about that back, buddy…

Whose Fault Is It? Uber drivers here always blame GPS rather than their lousy driving when they screw up my destination and head out of town. Call me old fashioned, but whatever happened to taking personal responsibility for one’s mistakes? Not like the guy we all know who blames “fake news,” democrats (especially the “squad”), the Chinese, the “Mooch,” Obama, anyone but himself. From Washington, Lincoln and FDR to this.

Bodies In Motion. My doctor at Tufts thinks that there is something after death. His understanding of physics tells him that some form of personal energy persists after we die. We talked about that between suggestions that I drink more water (ughh, old fashioned) and genetics.  He believes that much of Simone Biles’ success as a gymnast rests on her stocky, low center of gravity physique. He thinks there is no way on earth that a lady of, say, five feet seven could ever perform like that.  Oh yeah, he’s one who cares about my back. He wrote me a new script.

His admin Ming is a delightful, older Chinese woman who cheerfully  manages patient traffic. While juggling my paperwork after seeing the doctor she sized me up pretty well. I noted the pretty plants in Ming’s tiny window sill and asked her if she might want to add some bamboo.  Just to give it a little southern charm. She wondered if it would grow there. I said sure, I’ll bring you some. Old fashioned modesty took over as I didn’t reveal that the specimen would be a personal donation from my place.

Bodies and Shopping. We have the skinniest people here I’ve ever seen in my life, and not just the homeless. This in contrast to the wonderful restaurants everywhere. A few let you bring your dog if she’s well behaved and your table is outside. Funny how there are so many bulldogs here, and retrievers.  Speaking of fetchers, they can be a blast to watch. A neighbor has a boxer mix with a square head. Bill tosses a ball sixty feet and Mugsy blasts off after it, looks over his shoulder, and grabs it on the fly. Every time. I stood gawking one morning.

You can get almost anything here. Feeding the sparrows one day, I picked up a discarded can to toss out. It was Mong Lee Shang Grass Jelly Drink. Its ingredients include cane sugar and grass jelly. Seems that “Grass jelly drink is available in different flavors, including bananas, lychee, coconut, honey and original. Grass jelly is dark brown to black color jelly, made from Chinese Masona plant, which belongs to the genus of the mint family.” Not for me, thanks. Too old fashioned for that and yeah, I know it’s on Amazon. Got any ginger ale?

Speaking of shopping, Costco customers have left some terrific quotes behind. Per BuzzFeed, Sabbatha tweeted, “Sometimes I wish I could have lived in medieval Europe, but then I imagine galloping home from Costco with 20 bottle of BBBQ sauce and nope.”  “Lord Trash” said, “I just bought 50 boxes of animal crackers and a kayak. I hate you, Costco.” My favorite: Chez McCorvey wrote, “Went to Costco for paper towels and bought the Cleveland Browns and a helicopter.”

Colbert’s reflection on loss above brings me back to earth, yes even after working in a helicopter factory for many years. The horrific San Antonio massacre a few weeks ago left one widower behind who I cannot forget. He is Tony Basco, his darling wife of 20 years was Margie Reckard. A massive crowd of strangers showed up for her funeral when they worried that he would otherwise be alone. Meadows worth of bouquets came in from all over the world. Tony says he was the luckiest possible man when Margie entered in his life.

Many will mourn for those they loved for the rest of their lives. Me, too, Tony.

Crafting Hope, One Chair at a Time 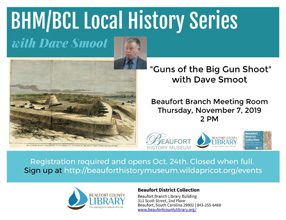 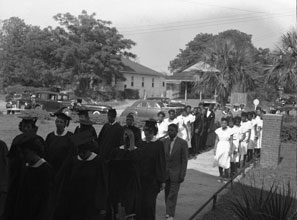