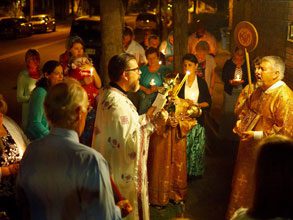 St. James Orthodox Church seems to be one of the best kept secrets of Beaufort County. But if it is hidden, it is hidden in plain sight. “We are one of only two Orthodox churches in the county, the other one being Holy Resurrection Greek Orthodox Church in Bluffton. So it isn’t surprising if we aren’t all that well known yet in Beaufort,” offered Father James Bozeman.

Fr. James is the priest and pastor of St James Orthodox Church, which is located on the corner of Charles and Congress Streets in the historic “Northwest Quadrant” of Beaufort.

Fr. James fell in love with the Lowcountry long before he became a priest. “It started with a family vacation on Edisto Beach several years ago,” Bozeman recalls. “I really had no idea of the beauty and history of this stretch of the Carolina coastline, and once I experienced it I was hooked for life. It is such a blessing to find myself assigned to serve in such a wonderful place!” 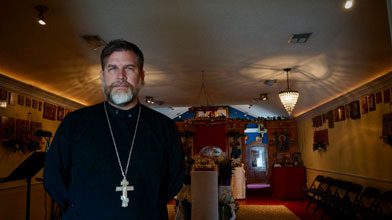 Eastern Orthodox worship may appear “exotic” to those who have never experienced heavily liturgical worship, perhaps especially to those from an evangelical Christian background such as Fr. James. “My first encounter with incense and priests in vestments and the chanting really made a strong and lasting impression on me. It was not something that I thought would resonate with me, but it did. And here I am serving as a priest now thanks to that first visit to an Orthodox church!”

St. James Orthodox Church was established as part of the missionary outreach of the Orthodox 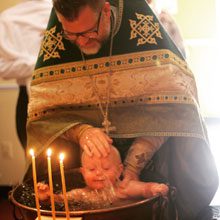 Church in America, one of the “jurisdictions” of Orthodox Churches found in the United States, and which is a distinctly American expression of Orthodox Christianity. St James is considered a “mission church,” meaning that it is in the early stages of its growth and development. Having a full-time priest serving in a mission church that is still so relatively new is somewhat unusual. “The Chancellor of our diocese, along with our archbishop, desired to plant Orthodox churches throughout the southern United States, and so Beaufort was put on a list of potential sites. Beaufort was one of those smaller cities that had no official Orthodox presence, but seemed to have a lot of potential for an Orthodox church to grow.”

In early 2012, while Fr. James was still completing his Master of Divinity degree at St. Vladimir’s Orthodox Theological Seminary in New York, three local families met to consider the possibility of forming an Orthodox mission church in Beaufort. They were guided by Fr. John Parker, who is the former rector of Holy Ascension Orthodox Church in Mount Pleasant. From these three families, St. James Orthodox Church was able to become a reality. “Our bishop gave us the blessing to begin the mission on April 30th, 2012, which just happened to be the day that we celebrate the feast of St. James, the Son of Zebedee. So we take our name from St. James.”

In April of 2019, St. James Orthodox Church celebrated its seventh anniversary since its founding. “We are still a small parish, but we have gone from barely a handful of six visionary parishioners to almost seven times that number. We are outgrowing our current worship space!”

This growth, which for an Orthodox church group is significant, has both a positive side and a negative side. Fr. James notes that the church’s current worship space has been adequate in the past, but is now becoming a bit of a challenge. “As we grow, the lack of space for our folks is a problem. We are making plans now to build a building, hoping to break ground by the middle of the summer of 2020.” The church purchased a two-acre lot on Meridian Road in Beaufort in 2015, which is now paid off. The church plans to approach its building project in multiple phases.

“A distinctive factor in Orthodox architecture is that the design and aesthetics of the church building revolves around how we worship. There are few seats, as we tend to stand a lot. The ceilings often tend to be higher to direct your gaze upward. Our music is a capella, and so acoustics are important. Much of the interior of a finished Orthodox church might be covered in frescoes depicting Biblical stories and spiritual themes, saints of the church and so forth,” explains Fr. James, “Beauty itself is a witness to God’s love and salvation in Christ.”

St. James Orthodox Church had initially hoped to build a proper Orthodox worship space (called a “temple”) with a second building dedicated solely to fellowship, classroom space and offices. Due to financial constraints, they will likely build a multi-purpose building first, having both a worship space and fellowship hall side-by-side. “We have already developed an initial design and conducted our first capital campaign, raising close to $100,000 toward the building fund, but we have a long way to go before we are able to fully fund what we hope will be a beautiful and distinctly American Orthodox structure in the Lowcountry.”

For more information about St. James Orthodox Church and its church family and building project, you can visit stjamesbeaufort.org. 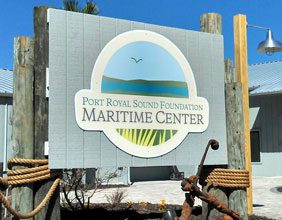 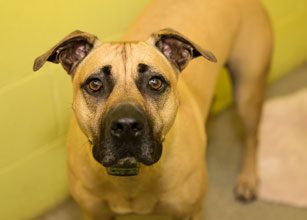 Shop to Save Homeless Pets 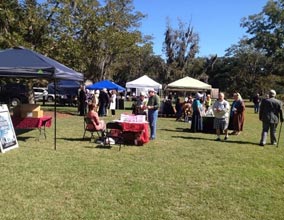