Fishing is one of life’s simple, and often rewarding, pleasures.  My husband and I joined the Sea Island Fly Fishers of Beaufort last winter because we both wanted to learn the art of casting a fly rod.
I had to start somewhere, so I chose an event the club was sponsoring where the total number of spots on redfish caught on a fly determined the winner.  Members signed up at Bay Street Outfitters with experienced boat captains from the club.  A week was identified in which participants were allowed one day to fish.  Captains called their partners to discuss water conditions and coordinate schedules.
A friend in the club suggested I sign up with Captain Jack, a serious and experienced angler, so when Jack called several weeks before the event and offered to give me a lesson, I jumped at it.  In retrospect, he must have really had to work up his muster to take me out in his boat after spending several hours with me on land trying to get me to understand what my line hand and my rod hand were supposed to be doing.  I was all thumbs.
The week of the contest arrived and we chose a day, but as it drew near, my excitement became tinged with trepidation.  My angst wasn’t due to the fact I didn’t really know the captain, but because all I could think about was everything that could be awful.  Me, on a boat for hours with a man I didn’t know that well, working on not making a fool of myself while trying to get that little bitty fly to jump through the air like a drunken mosquito.  Then there was the bathroom thing.  I have hung over the side while fishing with my brothers many times, but I couldn’t quite picture that scene this time, nor was I willing to use the “can” he offered at the beginning of our excursion.
Jack arrived at my house early, which was good.  I wasn’t ready, and was so flabbergasted when I heard his knock that I didn’t even have time to get nervous.  I threw on my clothes and hat and we were off.  All I could think about was not being embarrassed too badly or wasting his time, but my mission was to catch a fish or two.
We put the boat in a tidal salt creek off St. Helena Island and headed out.   The Captain lost no time telling me his goal was to see me catch a fish, and we had barely anchored when I was instructed to pick up my rod and take a few practice casts.  He pointed to what he called “nervous” water nearby, an area where the redfish were feeding.  I failed to mention I was out with a retired Marine, but when he told me to get the fly out there, I did, quickly.  After more than a few of my tentative back casts, he informed me I would never catch a fish waving my line in the air like a flag.
“You’ve got to get the hook in the water!” he urged in his robust voice.
We could see the fish up ahead, but forget nervous water; it looked like they were on the verge of a breakdown.  I have never seen anything like it, and might never see action like that ever again.  To heck with practice, we were going into the thick of it.
The water was so clear I watched a pair of redfish stroll by like they were on their way to school.  I could have touched them with the tip of my rod, but Jack bellowed, “Ten o’clock.  Cast to ten o’clock,” referring to the position of fish in relation to the boat.  I turned, glanced and tried to go where school had just let out for recess.
I could go on and on, but explaining the excitement of seeing the fish and trying to tantalize them with my offering would be like trying to describe what it felt like the first time I rode the Mad Mouse at the fair.  For several hours, all I was aware of was Captain Jack’s voice: “Get out that slack; slack is your worst enemy; keep your rod tip down; strip your line; okay now, let him run with it; now swing your rod tip to me,” and finally, “hold him and your rod up so I can get a picture.”
It was wild.  After I landed four, missed as many because I had the enemy in my line, and lost fly and all to one fish when I forgot to let him run, they quit.  We had been having so much fun, we let the creek run out from under us and had to push the boat back out to the main channel when it was time to leave, but it didn’t matter.
It took hours for me to come down from the adrenaline rush.  Much later, I melted into bed and fell asleep replaying images of the day.
The next morning, at 5:00 A.M., I sat with fingers poised over my laptop trying to recapture the essence of my day fishing, when it hit me.  Fishing is like life.  Experience is the best teacher, always, but you should listen to the voice of it to gain your own.  You need to spend time practicing, but if you don’t  put your line in the water you might just have to watch the world go by without ever grabbing a piece of it, so just try.
I was still pretty high on life later that morning when I joined friends for a charity walk in downtown Beaufort.  After the walk, I checked my cell phone for messages and had one from my husband.  He said Captain Jack called to tell me I had caught the most spots and won the tournament.  “Fishion” accomplished. 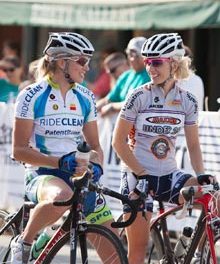 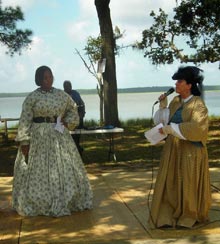