This is a very special and unique time of year at each and every vineyard. When the winemaker announces that it is time to start the harvest, most of the employees at the vineyard leave their different positions and come together as one team to do one thing and that is to pick grapes. And why not? The harvest is what all of the employees have been working so hard for and it is a prime example of the term “all hands.” Just be prepared for some long hours and maybe a few all-nighters so that the fruit can be harvested in the cooler weather.

Although there is a basic routine to a harvest, each year presents a different set of challenges. For 2015 winemakers had to immediately address the drought and the raging fires on the west coast and the very strong possibility that the harvest might be early. (Let me stop here and say that I will focus on the Napa Valley as a point of reference.) The fires did not present too big a problem there as the wineries along route 29 were protected from the flames by the Vaca Mountain Range, approximately 15 miles away. Some individual employees had problems relative to the fires, but thank goodness they were minor; the employees were able to resolve them and return to the harvest.

A short time ago I had an occasion to speak to Toby Halkovich, the winemaker at Cakebread Cellars. I was curious as to how the wineries were surviving in light of the ongoing drought. His reply was one that I did not expect. Apparently, there was a drought in 2007 and 2008. Toby reasoned at that time that this was not going to be the last drought, and that preparations should be made for any future event. His team went to work, and with a little bit of cash and some of the latest technology in irrigation and water storage, they put together a plan that provided protection against any future event. As the saying goes . . . an ounce of prevention. Evidently, the ounce of prevention worked, as the fruit that has been grown during the last four years of drought has been up to Cakebread standards.

I mentioned above that the harvest for 2015 was early. For some producers the harvest was a full 2-3 weeks early. I was fortunate enough to speak with Mike Trotta of Elyse Vineyards. According to him, the fruit was ready so early because there was no rain at all to cool the weather and slow the growth and development of the fruit. The result was early bud-break and non-stop fruit development all the way up to the harvest. This is a highly significant event because the fruit that Elyse grows is from many different locations from Napa to Mendocino. To have it all come together at the same time is quite remarkable. The Elyse harvest was completed in three weeks.

Time to switch gears because there were actually some micro-climate events, i.e. some cool weather mixed with very small amounts of drizzle in Napa Valley. This occurred at the Mumm Vineyard and the surrounding area. It affected mostly the Pinot Noir Grapes that were being harvested for sparkling wine. Mumm Vineyard usually leads the way as the winery first to harvest grapes for sparkling wine. The micro climate weather pattern was actually described as “alternating weather patterns of warm and cool temperatures, resulting in an early bud break, followed by a long, relatively cool flowering period and culminating in what looks to be one of earliest harvests in recent memory.” As you can see, this is not consistent with what happened at Elyse and Cakebread Cellars.

Alison Crowe is the Director of Winemaking at Plata Wine Partners. She also serves as a consultant all over the major wine areas in California. She feels that the alternating weather patterns of 2015 made it more difficult for winemakers to choose the correct “pick date.” She goes on to say in her remarks that the weather caused small and large berries to mingle in the same cluster thus making it difficult to predict uniform ripeness.

So there you have it. A harvest that took place facing almost impossible odds and yet it turned out OK. I listened and watched the news broadcasts about the fires and the drought and walked away thinking there would be no harvest at all, and that there would be significant plant damage. I was not even close. I took the time to communicate directly with some dependable winery personnel and got the correct information. I mentioned above some of what was said. In addition to that, The Napa Valley Vintners Association pinpointed that the Regions most widely planted varietal, Cabernet Sauvignon, would be lower in yield and the quality would be good. We all love a story that has a happy ending and this one certainly does. Mother Nature has tried to stack the deck against some very dedicated and experienced winery personnel. So far Mother Nature has failed because we are going to have a good year.

The Wines of Virginia 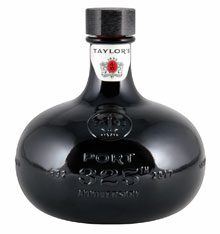 Chapoutier Wines and the Braille Label

A Short Discussion on Champagne