In 2011 I went on a riverboat cruise on the River Douro in Portugal. The primary reason for going was to tour the vineyards that produce Port Wine. The tour was a bona fide success. We saw some terrific wineries and drank some really outstanding Port. From that trip I can honestly render the opinion that the Portuguese have every right to lay claim to bragging rights as the worlds best producer of Port Wine. They will have to be satisfied with being known as the BEST… since they’re not the ONLY. Had the producers of Port, in years gone by, taken the same protective action as the French did with Champagne vs. Sparkling Wine, could they have claimed an exclusive on the term “port,” forcing the remainder of the Port producers around the world, and there are hundreds, to call their product by another name? It did not happen and perhaps it is too late. However, there are windows of opportunity on the horizon such as red and white table wines.

Let’s take a look. About one year ago, Wine Spectactor published an article on the Future of Wine in Portugal. The article was very careful to point out that there are two schools of thought working on the future. One is linked to the past, operated by Christiano Van Zeller. His family has been producing wine in Portugal’s Douro region for 15 generations. On the property that he presently owns, Mr. Van Zeller is resurrecting some previously used wine production methods. For example, he has replaced all of the stainless steel tanks, and in their place he has installed granite LAGARES where the workers will crush the grapes by “foot treading.” The theory here is that the feet provide a more gentle crushing than any mechanical system.

A second school of thought comes from Quinta do Bomfim which is located in the heart of Cima Congo, the most prized of the Douro’s Port grape growing districts. Quinta do Bomfim is home to the Symington family and a prime source of grapes for the Dow Port Wine. Modern technology has been the winner. The Symingtons have installed Stainless Steel Lagares complete with robotic plungers that mimic foot treading.

These are just two examples of what is going on in the Portugal wine arena. Wine Spectator made it abundantly clear that whether a wine producer is small or gigantic, the motives are the same; to produce the best possible wine and get it to market, so that it reflects the terroir, the pride and passion of the producers, and the fact that quality will not be sacrificed. Is there turmoil in trying to achieve these goals? Yes, however I see it as a good turmoil, if there is such a thing. Growers can subscribe to either the old-vine field blends or the fruitier, modern-style bottling. I guess another way of describing it is good, old-fashion competition.

I almost forgot. There are the white wines to consider. Approximately half of the exports to the United States are from the Vinho Verde region in northern Portugal. The wines from this region are considered to be light-bodied. Vinho Verde is plentiful in the US supply chain, very competitive in price, and a very pleasant drink on a warm summer day.

In my humble opinion, the Wine Spectator did us a favor by publishing this article. It is an excellent summary of what conditions are like in Portugal relative to the wine arena. A few years ago I entered into a discussion with a Portuguese Wine Executive. I was truly impressed with her knowledge of the wine industry. The conversation took on a flavor of Passionate Patriot because she was not only discussing wine as a business, she was also trying to use wine as an assist to the economy of Portugal, which at that time was not doing well at all. Since then things are a bit better and I have to believe it is due to people like her and the folks who appeared in this Wine Spectator article. The quality is there. As time goes by the quality of the wines will improve even more. Not too shabby for a country the size of Indiana. 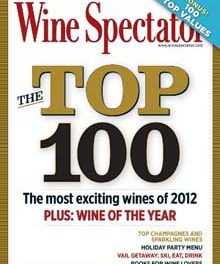 Wine Laws of the United States: The AVA System