The Musical Adventures of Flat Stanley 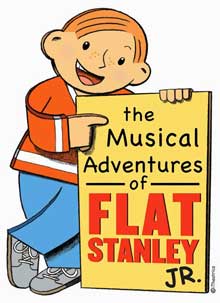 The beloved 1964 children’s book series Flat Stanley, written by Jeff Brown, has become a pop cultural phenomenon. The Beaufort Children’s Theatre will bring this story to life in its upcoming production of The Musical Adventures of Flat Stanley Jr. on Friday, November 15 and Saturday, November 16 at 7:00 pm and Sunday, November 17 at 3:00 pm at the USCB Center for the Arts.

“This show is a musical comedy and is so much fun,” said Bonnie Hargrove, Director of the Beaufort Children’s Theatre. “It is a perfect show to bring the whole family to enjoy – the dialogue is clever and the music is very upbeat and entertaining.”

The show is about Stanley Lambchop – your ordinary, everyday, run-of-the-mill ten-year-old boy: normal mom and dad, normal little brother, normal life. That’s just his problem. . . . for Stanley, life is too normal. He wants to travel the world to do amazing things. Careful what you wish for, Stanley!

One night, the bulletin board on the wall above Stanley’s bed comes loose and falls – right on top of Stanley. The next morning, Stanley Lambchop wakes up flat. Not just a little flat . . . really, REALLY flat! In a whirlwind musical travelogue, Stanley – the ultimate exchange student – scours the globe for a solution to his unusual problem. He’s stamped, posted and cancelled from Hollywood to France to Honolulu and beyond. And whether he’s thwarting a robbery at the Louvre Museum in Paris, or “hanging ten” off the coast of Hawaii, Stanley is closing in on his goal of being a three-dimensional boy once more.

“We always have a great group audition with many returning young actors from our previous productions,” said Hargrove. “The lead this season, Walker Perryman, is a newcomer to the stage and is a 10-year-old boy, just like Stanley.”

Tickets are available online at www.uscbcenterforthearts.com – where audience members can select specific theater seats ranging from $15-$25 for adults and $10-$15 for children. Tickets may also be purchased by calling the USCB Center for the Arts Box Office at 843-521-4145. The performance will be at the USCB Center for the Arts at 805 Carteret Street in downtown Beaufort. 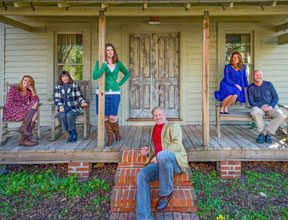 The Ghost of… Charles Dickens? 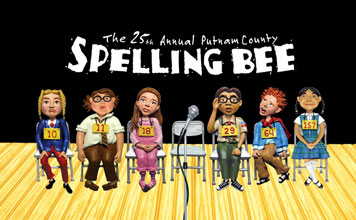 Auditions for “Spelling Bee” at USCB 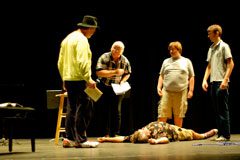