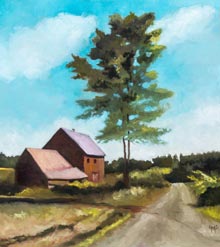 Sue McCarthy, Beaufort Art Association’s current featured artist, fell in love with South Carolina – Beaufort, in particular – when she read the first line of Pat Conroy’s book, The Prince of Tides: “My wound is geography. It is also my anchorage, my port of call.”

With those words and all that followed, Sue dreamed of living in the South and more specifically, Pat Conroy’s Lowcountry. It would be several decades before that would be possible but when the opportunity arose, she and her husband packed their belongings and moved from the mountains of New Hampshire to the beautiful Lowcountry. It’s a decision that neither has regretted.

Sue’s journey into art began with another impulsive act. In the early 1970’s she and 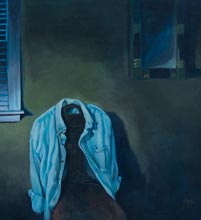 her husband purchased an old historic inn located in one of New Hampshire’s loveliest villages. Surrounded by the White Mountains and plentiful lakes, it was an idyllic place to raise their sons. A chance meeting with a local artist Barbara “Willey” Fromm encouraged Sue to start a lifetime of painting.

Growing up near Chadd’s Ford, Pennsylvania, where Andrew Wyeth spent part of each year, she saw the same hills, trees and buildings that he saw and painted. Sue noticed that he used shadows but very little sunshine. His light was piercing and showed every flaw, irregularity and nuance. This was a major influence as she began to paint. Sue spent the next ten years painting oils, mentored by Willey Fromm, and truly became an artist. She later studied with another well-known New England artist, Ernie Brown, who introduced her to the fine art of acrylics. This created a cooler, more subdued palette with more realism. Painting was put on the back burner for many years, as life pulled her in other directions. It wasn’t until she moved to Beaufort that she resumed her painting.

Two important events happened that enabled Sue to explore her love of putting brush to canvas again. First, she joined Beaufort Art Association, which encouraged her to begin painting, exhibiting and being successful as an artist. Her second step was when she obtained studio space at Atelier on Bay. This provided her with room in which to paint and display more of her work, while receiving inspiration from those who also had studios around her. 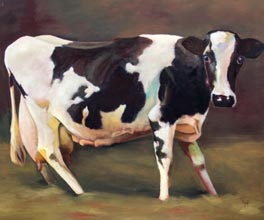 Once Sue began painting in the Lowcountry, she noticed that the southern light appeared very different from light in Northern New England. The light here held a golden glow, probably caused in part by humidity, warmer temperatures and the arc of the sun. She realized that her palette needed to be warmer. In New Hampshire the light was cooler and clearer, sometimes harsh, but always piercing. Both are unique but lead the artist in different directions. In her compositions, the mountains of New Hampshire were dominant, making the sky less important. Here, it is all about the sky.

Sue’s exhibit will run from October 26 – December 6. Her darker, more contemplative works will be displayed along with her expansive sky paintings, landscapes, still lifes, and animals that have inspired her since moving to Beaufort.

A featured artist reception for Sue McCarthy will take place at Beaufort Art Association, 913 Bay Street in downtown Beaufort, on Friday, October 31st, from 5:30 – 7:30. The public is invited to attend, meet Sue McCarthy as well as many of the 75 other artists whose work is also on exhibit . 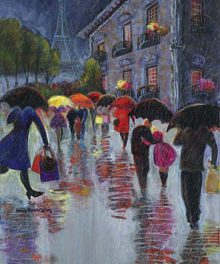 Workshop: Create Your Own Holiday Cards 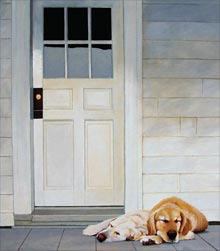