A Season to be Savored 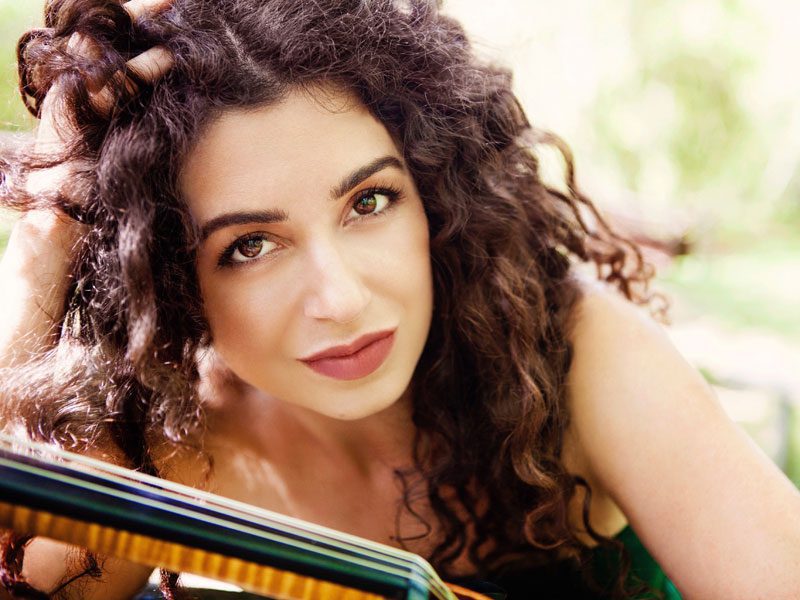 On Sunday, April 18, USCB Chamber Music will present the final concert of its 41st season. Coming off a celebratory 40thanniversary season, this year was poised to be extraordinary: a cordial transfer of the Artistic Directorship, new artists, under-explored repertoire, and performances at the international level Lowcountry audiences have come to expect. However, we were also given a season that revealed strength, resilience, and depth of purpose lying below the surface. Over the course of the season, Covid-19 caused performer cancellations, audience-size limitations and restrictions in the CFA, program changes, and the implementation of new technology. Artists, audience, and administration rose to the challenge, creating uplifting, invigorating live performances that were heartily applauded and deeply valued, re-enforcing the knowledge that chamber music is alive, well, and flourishing in Beaufort. 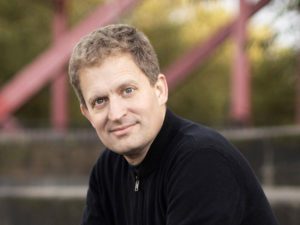 The April performance will be a “thank you audience” concert. More than any concert in recent memory it literally has something for everyone. Works by two American, one Spanish, one Belgian, and four French composers will 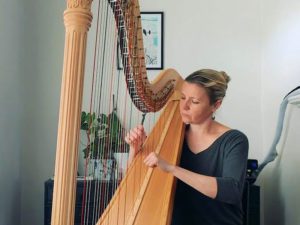 amaze, calm, excite, and satisfy. Aaron Jay Kernis, a Pulitzer and Grammy award-winning member of the Yale University faculty will be represented by Air for Flute and Piano, “…a love letter to the flute.” Impromptu No. 6 for Harp, Opus 6 by Gabriel Fauré is a Paris Conservatoire exam piece designed to display every technique within an aesthetically pleasing framework. Manuel de Falla looked to folk music for inspiration in order to create a Spanish style. Suite Populaire Espagnole for cello and piano is a musical travelogue of seduction, deep emotions, and ecstatic dance. Joseph Jongen wrote Deux Piéces en Trio, Opus 80 for flute, cello and harp. The unusual instrumental combination creates textures ranging from atmospheric to expansive and moods from languid to blazing. A favorite since its 1886 composition, Camille Saint-Saëns’ Le cygne (The Swan) from Carnaval des animaux creates a timeless picture of grace and regal beauty with his cello and piano arrangement. Francis Poulenc sought to re-infuse French classical music with restraint and clarity. Sonata for Flute and Piano, written in 1956, sparkles with wit and charm and has become a flute recital mainstay. Amy Beach’s star continues to rise, and she is now recognized as a major and formidable American talent. “The Water Sprites” Opus 90 for flute, cello and piano displays her story- telling gifts in a charming, sweetly evocative ode to summer. The concert closes with Maurice Ravel’s brilliant showpiece, Introduction and Allegro, in his harp and piano arrangement. No composer has ever displayed a surer hand for revealing the nuances of instrumental color. This work illustrates that point—it breathtakingly unveils the story between the notes.

To successfully perform a program with such a wide range of styles and combinations requires artists with complete instrumental command, intellectual curiosity, and wide-ranging expressive capacity. All of the performers have anchored their careers in this bedrock. Flutist Demarre McGill has distinguished himself in a crowded field. At every stage of his career he has risen to the highest level, from training at The Curtis Institute and The Julliard School, being awarded a series of principal flute positions culminating in his current post in the Seattle Symphony, conducting master classes and playing chamber music around the world. Harpist Valerie Muzzolini was born in France and began harp study at age seven, which led to a national television appearance at nine. At 23 she was appointed to the principal harp position with the Seattle Symphony and Seattle Opera. An active chamber music collaborator, Ms. Muzzolini also teaches at the University of Washington. Ani Aznavoorian made her USCB Chamber Music debut on short notice in January. That performance confirmed The Strad magazine’s endorsement of her ability to provide: “scorchingly committed performances that wring every last drop of emotion out of the music. Her technique is well-nigh immaculate, she has a natural sense of theater, and her tone is astonishingly responsive.” Artistic Director, host, and pianist Andrew Armstrong is a passionate performer whose fierce demeanor and concentration belie his kind off-stage persona and affability. Andy has already proven that this series remains in good hands. His deft and seamless dictated-by-circumstances rearrangement of personnel and repertoire allowed the concerts to move forward without ever “missing a beat.”

Support the Arts! Try chamber music at 50%-off prices. Celebrate Spring! Experience the invigorating, calming, and healing effect of this art form. USCB Chamber Music offers new ways to enjoy the April 18, 5:00pm concert—Live Stream and On-Demand. All concerts are professionally produced, creating great viewing opportunities. On-Demand, which includes Artist Interviews, is accessible four days after the concert and available to view at your leisure for three weeks. For concert information or to purchase access to the Live Stream and On Demand videos, go to www.uscbchambermusic.com or call 843-208-8246, Monday through Friday. The USCB Center for the Arts is located at 805 Carteret Street.

This year has driven many arts organizations to the brink of extinction. When major cultural institutions such as the Metropolitan Opera are teetering, it is obvious that the problem is acute. Through good management and fantastic community support, USCB Chamber Music is emerging bent but unbowed. Planning for the 2021-22 season will soon commence. We will be here in the fall and hope you will, too. 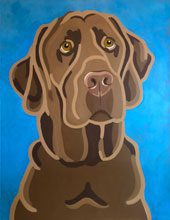 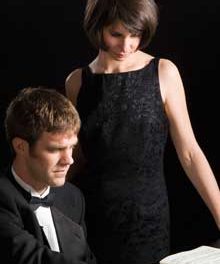