New Year Courage, Ready or Not

I have been praying — though there’s not a lot of time for it with all the prayers I’m receiving.

I had already made my annual word choice for 2021, and then my friend Anne passed away. I’d pretty much finished writing this column, and then, my friend died. Now, what I know, deep in my heart, faced with the reality that I am breathing and she is not, is that courageis the right word for my new year.

I had chosen focusas my new year mantra before I went on a silent retreat in December. Like many of us, I move from one task to the next, sometimes completing one, most times not,  letting an entire day pass with reminders dangling from my to-do list, little tasks hanging on to avoid disappearance by a strikethrough. However, on December 12, at the end of a session of “spiritual conversation,” a priest challenged me to consider a new direction.

“What one thing should I be taking away from all of this?” I asked after one-half hour of  rambling on and on about purpose, change, and growth in my mature life.

“Courage?” I repeated, perplexed, wondering if we were communicating in the same language.

And there it was. No explanation, no how-to, or why. Just a simple mandate to focus on courage. What had he heard in my conversation that prompted him to believe that I needed courage? He didn’t elaborate. Instead, I’ve been left to my own devices of contemplation, rumination, even prayer to try to understand how this man was advising me.

Less than two weeks later, on Christmas Eve, when Anne suffered two cardiac arrests as aftershocks of Stage 4 uterine cancer, I received a Christmas card. Anita, a best friend, a person that has been in my life since second grade, sent me a notecard titled, “Yes, You Can!” The card is filled with quotations on…wait for it…courage. It begins with a simple explanation from Erica Jong: Courage is the only magic worth having.

Before I explore what courage implies for me, I Googled the word for definition and grounding. Courage is “the ability to do something that frightens one…strength in the face of pain or grief.” Furthermore, I learned that courage entails doing things we don’t like and choosing to maintain standards. Evidently, lowering one’s standards to go along with the crowd does not pass for courage.

People have studied and characterized courage. According to Dr. Melanie Greenberg writing for Psychology Today, courage has six attributes:

That last one scares me a bit. Was the priest foreshadowing more pain in the new year? Did he have some inkling that my last days of 2020 would end in loss? Maybe, in letting go of the familiar, I will have to forge new paths and smooth the rough edges of my identity.

Courage is a jam-packed challenge.

In considering the new year, I think about mystery, restlessness, and tending to others. Do these concepts go hand in hand with courage? Courage to face the unknown. Courage to venture out and meet my restlessness with concrete action. Courage to understand the needs of others, be less solitary and get involved.

Again, I do not know what the priest heard when he listened to me. I do not know if he understands courage as defined by contemporary writers. In my faith tradition, courage is a gift from the Holy Spirit. A person gifted with courage is willing to stand up for what is right in the sight of God, even if it means accepting rejection, verbal abuse, physical harm, or death. Surely, Father Joe isn’t expecting me to die for anything. Maybe, on some metaphorical level, the virtue is to die to self. It’s always about that in some way or another, right?

Thinking, writing, seeking, consulting…all acts drilling down to a decision to choose my guiding light through 2021. And then, Anne dies. I met Anne thirteen years ago at Queens University in Charlotte. Both of us were pursuing our second graduate degree, only this time we were following our passion to write. For the past three years, we’ve been meeting on-line with Jo, another MFA alumni, critiquing our work, cheering one another on, and deepening a friendship across miles and states. I did not fully comprehend how very sick Anne was. One day we are communicating by email, the next, silence. A gentle light in this world has been quelled.

Courage is a great summons into the unknown. Dr. Martin Luther King, Jr. encouraged us:Take the first step in faith. You don’t have to see the whole staircase, just take the first step. In her Christmas gift, Anita didn’t know I was ready to accept courage as my new year adventure. I didn’t either.

Goodbye my dear, dear Anne. I will listen for you in the wind when I need to be brave. I will take to heart the very last thing you taught me — be open to receive. If you happen to be reading my heart, send a little courage my way in this new year. I’m ready. We all are. 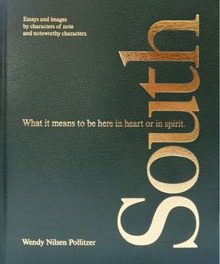