A few weeks ago, 60 Minutes aired a segment on the plight of honey bees.  Rarely do things bother me on television or in movies but the journalistic content of this story stayed with me, disturbing my psyche and my sleep.  Recently, the fact that honeybees are not returning to their hives has been brought to my attention over and over again and I am unsettled by this coincidental chain of events and the subliminal message. 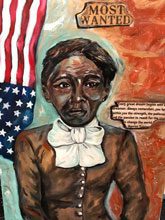